When Leonardo DiCaprio won the Oscar for The Revenant after so many years of people rooting for him to win Hollywood’s top prize, everyone celebrated his win, with admiration. That should have been Will Smith this year, who won his first Oscar, for King Richard, after being in the business for over 30 years. However, his Oscar-winning moment has been tainted because of a moment of rage that was completely uncalled for and excessive. Sure, Chris Rock was way out of line making that insensitive joke about Jada Pinkett-Smith’s baldness, and needed to be ticked off for his humor that was absolutely in poor taste. Will Smith should have said something in the moment, if he absolutely had to react right there and then, but resorting to violence to prove a point has backfired on him more than it proving whatever point he was trying to make. Firstly, hitting someone for anything, except in self-defense, is unacceptable. And now, it’s Chris Rock who’s being seen as the victim, and Will Smith is all but ‘canceled’, at a time that should be his to revel in. To make things worse, he went on to make excuses for his bad behavior by saying something about how people do crazy things for love. There were tears, and some amount of regret, sure, but he failed to express enough regret and make an acceptable apology. And as a Will Smith fan, I am disappointed. He should be being celebrated after his achievement, but he brought on this disapproval quite by himself.

(Updated... Will Smith later posted a far more decent apology on social media. It might have been too little too late, and could be seen as a move for damage control. However, it's at least good that he made an apology directly to Chris Rock, and acknowledged the error of his ways, rather than just ignoring the incident and leaving images of him dancing at the after-parties as all that was on his mind after the incident.) 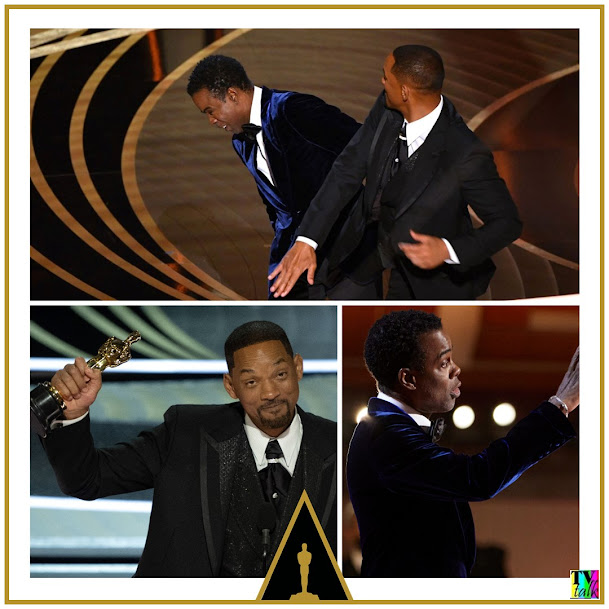 What was celebrated at the 94th Academy Awards, in keeping with the theme of the year—‘Movie lovers unite’—were some iconic films of the past, and some not so iconic movies. Of course, there was the 60-year anniversary of James Bond, the 50-year anniversary of The Godfather, and 28 years of Pulp Fiction. It was very cool to see Uma Thurman and John Travolta doing a little jig, flanking Samuel Jackson. It was also impressive to see Hollywood royalty, Francis Ford Coppola, Robert De Niro and Al Pacino, taking the stage to celebrate The Godfather. It was also sweet when Jennifer Garner, Elliot Page and J.K. Simmons spoke fondly of their little Oscar-winning gem Juno. And it was nice to see Cinderella (Lily James) and Jasmine (Naomi Scott) welcoming Ariel (Halle Bailey) into the world of live-action Disney princesses. What didn’t quite work were the presentations themselves—most of them a little flat and insipid, lacking the celebratory energy that one might have liked in a showcase of Hollywood. Even the James Bond package lacked the excitement, and it all just felt very low-key. The ‘in memoriam’ section was padded with personal tributes and a dance performance, which seemed to be the wrong segment. That energy and enthusiasm should have been used literally anywhere else in the show. 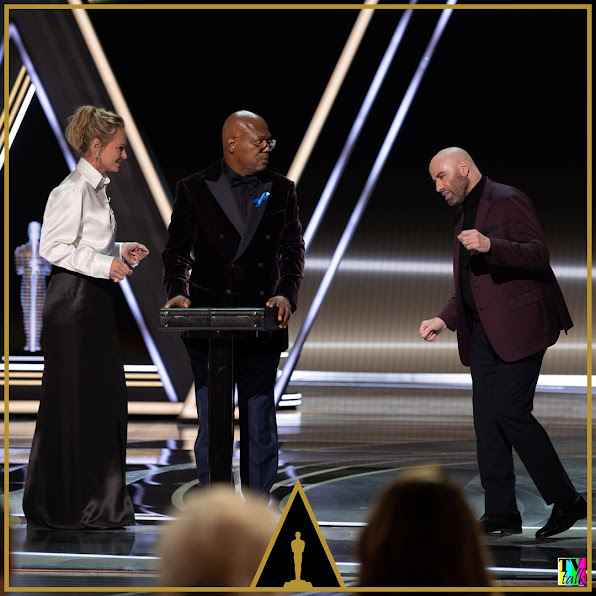 To top that, the hosts—Wanda Sykes, Rebecca Hall and Amy Schumer—didn’t do too much to add value to the ceremony. They definitely had their hilarious moments with jokes such as the Golden Globe Awards being included in the ‘in memoriam’ package. There was the bit about Leonardo DiCaprio working to fight climate change to leave a better planet for his (much younger) girlfriends. The dig at the gender pay gap was funny—when they said that hiring three women to host was cheaper than hiring one man. It was also funnily point out how how the telling of women’s stories has been rare in Hollywood and how we’ve finally got a movie about the incredible Williams sisters’…dad! There was also Amy Schumer trying to cut the tension hosting the segment after ‘slap-gate’. 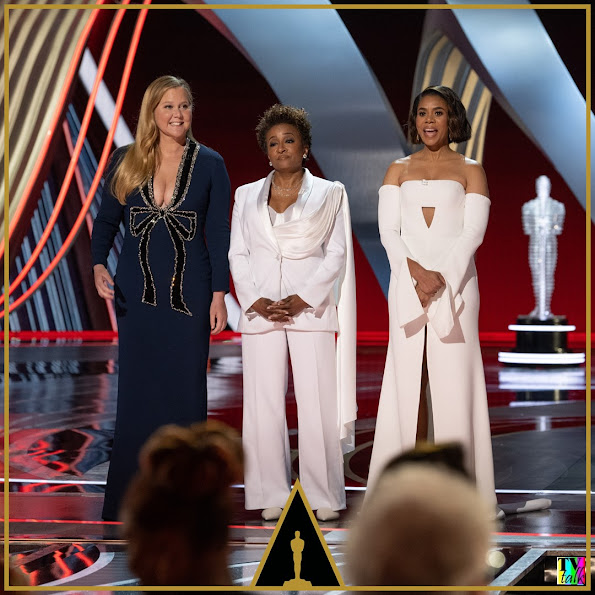 Even Regina Hall hitting on a few eligible male guests was somewhat funny, but only to an extent. When she started objectifying them and explained how she would swab their mouths with her tongue, and when she asked Denzel Washington if his son John David was around, it started to get a little cringe-worthy. And then she even groped Josh Brolin and Jason Momoa chest-to-ankle. It was not appropriate, and not that funny either. Hopefully, they had the men’s consent at least. In fact, it might have been better to have the hosts just do the opening monologue and have them sit out the rest of the show. The little skit with Sykes dressed as Richard Williams from King Richard, Regina Hall as Tammy Faye and Amy Schumer as Spider-Man also fell flat. I had hoped the content of that skit would have been funnier and meatier than it was. Instead, it was as good as the women simply dressing up in some Halloween costumes and posting a funny picture taken together on Instagram.

THE BEST SONGS WERE THE BEST PARTS

The one aspect that was done well throughout were the performances. Although ‘We don’t talk about Bruno’ was a little underwhelming, the four Oscar-nominated songs were done really well. From Beyoncé’s powerful opening number ‘Be alive’ and the moving ‘Dos oruguitas’ to the mellow ‘Somehow you do’ and Billie Eilish’s haunting ‘No time to die’ were all wonderfully performed, and definitely high points of the show. Other highlights included some of the acceptance speeches, especially Troy Kotsur’s (supporting actor, CODA), Ariana DeBose’s (supporting actress, West Side Story) and Jessica Chastain’s (lead actress, The Eyes of Tammy Faye). Kotsur has been extremely charming through all his acceptance speeches this awards season, and his tribute to his father in his Oscar speech was very endearing. DeBose’s shout-out to dark-skinned and queer people who feel like they don’t belong was strong. And Chastain’s heartfelt speech, including condemning bigoted legislation was graceful and powerful. 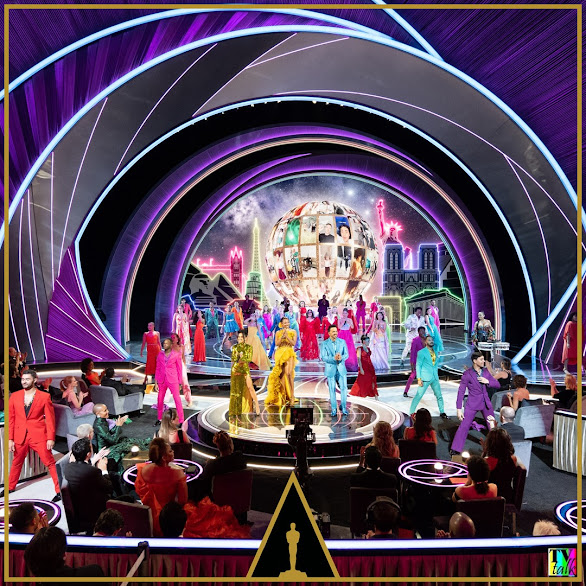 PRE-SHOW PRESENTATIONS FOR NO MAIN-SHOW GAIN

Unfortunately, we didn’t get to see all the acceptance speeches in full, even if the producers did manage to edit the pre-show presentations and acceptances quite well into the main show. It was still lacking reaction shots and the winners’ complete moments basking in Oscar glory. What made it more frustrating was that these awards were given pre-show, to firstly ensure that the live program would end at three hours; and secondly, to make time in the live program for elements that would give it variety and attract a wider audience. The show ran for over three and a half hours anyway. And it didn’t even have anything special or particularly entertaining that’s been missing from the Oscars, to warrant the cutting out of eight categories or the extra time. Even the presentation of the technical categories was so lackluster. I’ve been missing the days when the presentations included clips from the behind-the-scenes show-reels, to offer a glimpse of what all went into the brilliant visual effects, the captivating production design or the arresting costumes that are recognized. And the BAFTAs did it so well this year—all the costume sketches, the green-screen clips, the sets in the making, the words on the scripts nominated, and so on. Sure, the BAFTAs also pre-recorded some presentations, but they kept their show to two hours, and they also have two more categories than the Oscars do. Overall, this year’s BAFTAs were much better than the Oscars. Even Rebel Wilson was a terrific host at the British film awards.

Where the Oscars didn’t disappoint was the results—all deserved wins and no disappointing upsets. Yes, some movies won just one Oscar each—including frontrunner The Power of the Dog, the heavily nominated West Side Story, the beloved Belfast, and the acclaimed King Richard—but it was mostly expected. Dune took away the maximum Oscars of the year, with six. Even The Eyes of Tammy Faye won two. And the most loved film of the year won best picture of the year and two other Oscars. CODA has been such a refreshing change this awards season. 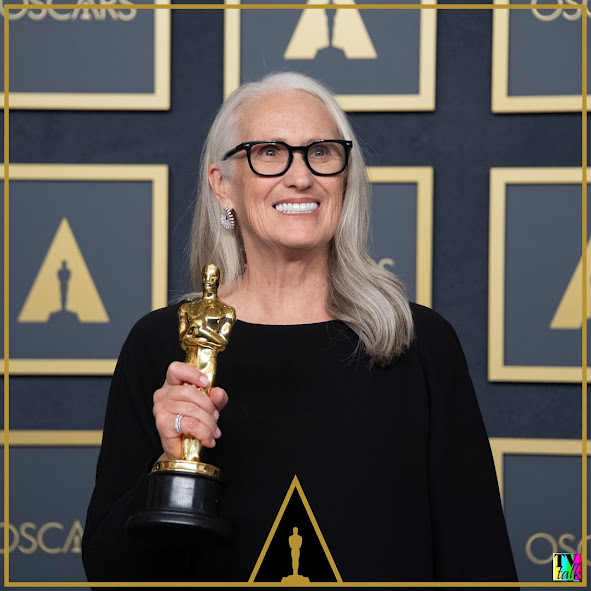 While The Power of the Dog would have been a deserving best picture too, it was just nice to see a heartwarming, endearing, sincere and well-made film and story like CODA being appreciated and recognized. The Academy rarely goes for such crowd-pleasers, and I’m happy for the shift this year. It also marked the first best picture win for a streaming film, and it’s kind of interesting that that distinction is now held by Apple TV+ and not Netflix. 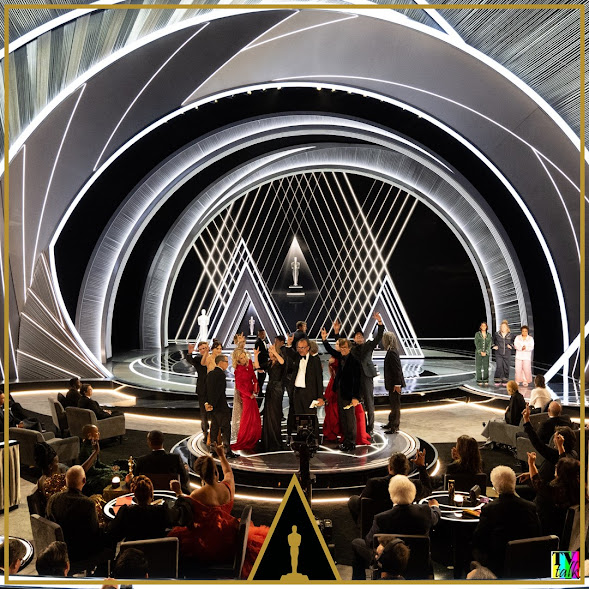 All these wins were worthy of celebration, and I’ve been thrilled for all these good movies getting their due. If only people would talk about this more than the show-down of the century. Okay, fine, I get that it’s a huge deal and all. But for now, let’s just take one more look at all the 23 winners at the Oscars 2022.

The Power of the Dog

Jane Campion, The Power of the Dog | WON

Performance by an Actress in a Leading Role

Nicole Kidman, Being the Ricardos 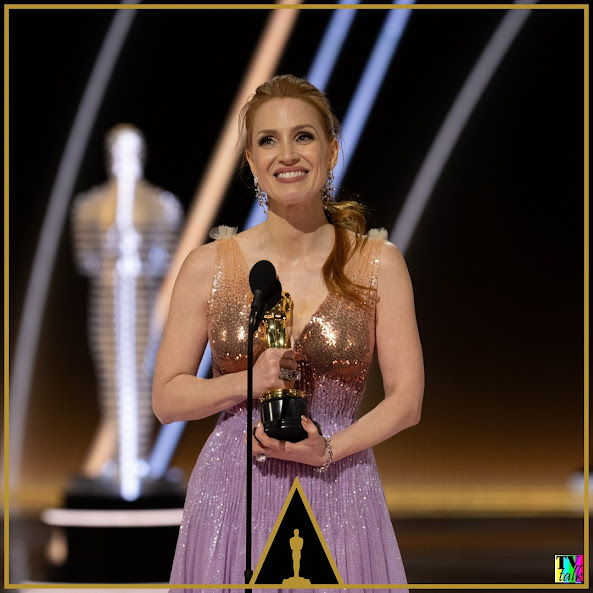 Performance by an Actor in a Leading Role

Javier Bardem, Being the Ricardos

Benedict Cumberbatch, The Power of the Dog

Denzel Washington, The Tragedy of Macbeth

Performance by an Actress in a Supporting Role

Kirsten Dunst, The Power of the Dog

Performance by an Actor in a Supporting Role

Jesse Plemons, The Power of the Dog

J.K. Simmons, Being the Ricardos

Kodi Smit-McPhee, The Power of the Dog

The Power of the Dog (written by Jane Campion)

The Worst Person in the World (written by Eskil Vogt, Joachim Trier)

The Power of the Dog (Ari Wegner)

The Tragedy of Macbeth (Bruno Delbonnel)

The Power of the Dog (Peter Sciberras)

The Power of the Dog (Richard Flynn, Robert Mackenzie and Tara Webb)

The Power of the Dog (Jonny Greenwood)

‘Be alive’, King Richard (music and lyrics by DIXSON and Beyoncé Knowles-Carter)

‘Down to Joy’, Belfast (music and lyrics by Van Morrison)

‘No time to die’, No Time to Die (music and lyrics by Billie Eilish and Finneas O’Connell) | WON

‘Somehow you do’, Four Good Days (music and lyrics by Diane Warren)

The Hand of God (Italy)

Lunana: A Yak in the Classroom (Bhutan)

The Worst Person in the World (Norway)

The Mitchells vs. the Machines

Raya and the Last Dragon

Affairs of the Art

The Queen of Basketball | WON

When We Were Bullies