This is meant essentially for those who didn’t follow the GREY’S ANATOMY spinoff, PRIVATE PRACTICE, which was centered on Dr. Addison Forbes Montgomery, after she left Seattle at the end of GREY’S season three... A ‘cheat sheet’ of episodes that will help you catch up with the character’s story that you might have missed, and would want to know the highlights of, before we see her again on GREY’S ANATOMY

A couple of weeks ago, it was announced that Kate Walsh was going to reprise her role as Dr. Addison Forbes Montgomery in the 18th season of GREY’S ANATOMY, much to the delight of fans of Addison, such as yours truly! A lot of us loved her through her short two-season role in GREY’S. We all know how she made her splashing entrance during the tail-end of the season one finale, and how she left Seattle to relocate to Los Angeles at the end of season three, hence exiting the show. However, not all GREY’S fans actually watched PRIVATE PRACTICE, the spinoff that Addison became the lead of, which ran for six seasons. Over those six years, those who only continued to follow GREY’S saw her occasionally in Seattle through seasons four to nine of GREY’S, as Addison made appearances during crossover episodes. If that’s all you saw of her, you may have briefly got glimpses of where she was in her life, what her career looked like, and so on. However, her role in those episodes were mostly about the patients that brought her back to Seattle. There may have been some nostalgia between Addison and Mark Sloan, and between Addison and Derek Shepherd, but it had little to do with updating the GREY’S audience with her life as it was. In fact, the last time we saw her in GREY’S ANATOMY, she was playing an alternate version of herself in an ‘alternate reality’ episode that imagined a different scenario for several characters back then. (Incidentally, nine of the series regulars that season are no longer a part of GREY’S presently.) Addison was clearly in the rear-view mirror for GREY’S, and didn’t even make an appearance when PRIVATE PRACTICE was about to end, nor was she mentioned by the folks in Seattle. 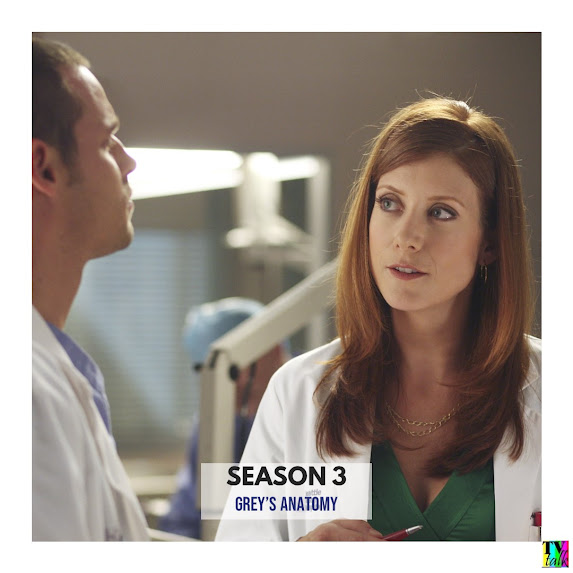 Now it’s been a while since even PRIVATE PRACTICE ended, so even those of us who did watch the spinoff have not seen her since that show ended back in 2013. That was when season nine of GREY’S was on. According to the GREY’S timeline, it means that even for those of us who saw her in PRIVATE PRACTICE, it’s been over nine years in the life of that character. Any number of things could have happened since then. The writers could make her backstory anything they choose to, for it to serve their plans for the character in the present day. And what we’ll see of Addison in GREY’S season 18 could be an Addison even PRIVATE PRACTICE viewers won’t recognize.

Yet, some of you who didn’t watch that spinoff, might want to know the key highlights of that already-established backstory that wasn’t seen on GREY’S ANATOMY. One option is to binge all of PRIVATE PRACTICE (you’ll also discover a whole lot about Amelia Shepherd in the process). However, that’s over 100 episodes. So why don’t I just help by narrowing it down to the episodes that give us the most significant milestones of Addison Montgomery through her six years in PRIVATE PRACTICE. They will help you gain insights into Addison’s relationships with her parents, and especially with Amelia Shepherd, her sister-in-law, who was a very important person in her life when they were both in Los Angeles. These episodes will also show you how she met and married Jake Reilly, and how she came to be a mother to Henry.

These are the episodes you should to try and watch before Addison returns to GREY’S sometime during the 18th season (which might just be in next week’s premiere itself; we don’t know). The episodes are categorized into ‘must watch’, ‘should watch’ and ‘additional viewing’. There are 25 in total, but only 10 are must-watch episodes. You can skip the others if you like.

When Addison’s brother Archer suffers a seizure, Addison and her best friend and colleague Naomi search for a cause and a cure. In their quest they call Derek Shepherd for help.

GREY’S ANATOMY season 5, episode 15: ‘Before and after’ | ADDITIONAL VIEWING

Naomi, Sam and Addison rush Archer Montgomery to Seattle Grace and meet with Derek and Mark to save his life. 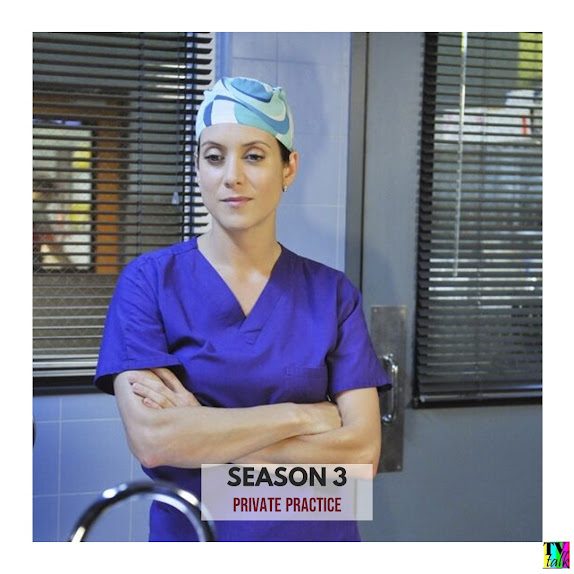 Addison performs a complex in utero surgery, proving not only her talents to her father but also finally giving them some common ground.

Tensions rise even higher between Addison and her father, ‘the Captain’, when her mother, Bizzy shows up. Addison walks in on Bizzy kissing a woman, Susan, who's been Bizzy's personal assistant for 20 years. Addison struggles to come to terms with both her mother's lesbianism and the realization that the Captain is not quite the scoundrel Addison assumed him to be.

Things heat up between Addison and Sam as they develop true feelings for each other, but Addison is determined not to hurt Naomi.

When famed neurosurgeon Dr. Ginsberg and her team pay a visit to St. Ambrose to save the life of Kayla, Addison is shocked to see Amelia Shepherd, Derek's younger sister, on the team. But Amelia's presence causes strife between Addison, Sam and Pete when she claims she can save Kayla's life after Dr. Ginsberg declares nothing can be done. 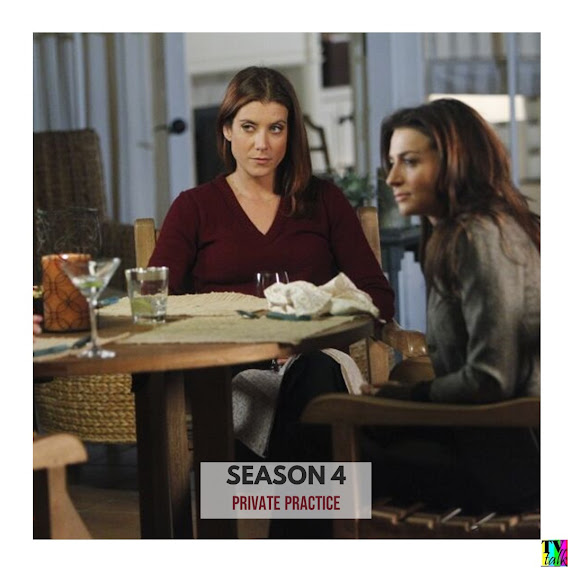 Addison decides that she and Sam can't keep their relationship a secret, and tries to tell Naomi, but doesn't until the end of the day resulting in Naomi telling her to back her up with the merger. Addison also pushes Amelia to go visit Derek, eventually buying a plane ticket for her to go to Seattle.

After Susan collapses at the wedding, Addison rushes to save her life. While talking to Susan, Addison finds that she is going to die and calls Bizzy. Susan flat-lines when Bizzy arrives, and Addison does not help her because of the DNR she signed, enraging Bizzy. Addison finds her mother in her hotel room dead, after committing suicide because of Susan's death.

After Bizzy's death, Addison heads to Connecticut to arrange her funeral. After coming back to the practice Sam and everyone else realize that they should all be with Addison for support and head to her side, except Sheldon and Violet. When finding out that Bizzy had already arranged her own funeral, Addison is surprised to find that she had arranged for her to give the eulogy.

Sam and Addison contemplate whether or not to break up, because of Addison wanting a baby, and Sam not wanting a baby. Violet finds out that Katie dropped the lawsuit, but now the medical board is reviewing her license and she could lose everything.

Addison decides to take her life in a new direction and try things that she has never done, so she begins talking to a man, Jake Reilly, whom she met in the supermarket, eventually accepting a date with him. She even accepts an offer to go to Fiji with him, but does she go? 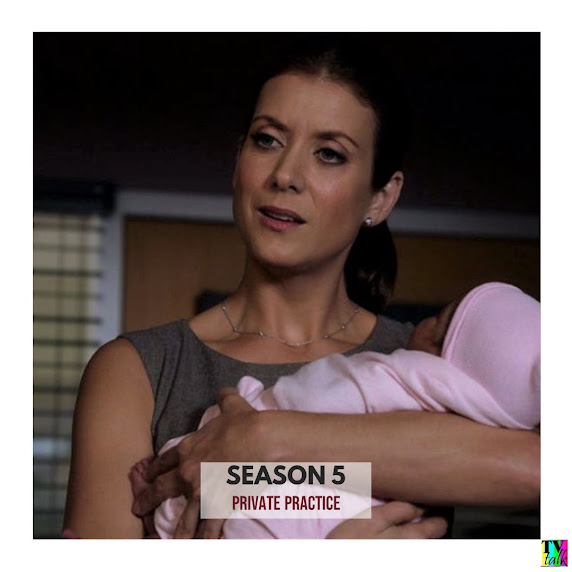 Addison starts IVF treatments with Jake and decides that she isn't going to tell Sam until she's pregnant. She begins acting hormonal because of the IVF, and eventually does tell Sam.

Addison takes one step closer to motherhood when she finally chooses a sperm donor.

The Seaside Wellness group stages an intervention for a defensive and volatile Amelia Shepherd, who has resurfaced after disappearing on a 12-day drug binge with her boyfriend, Ryan. During the intervention, Amelia mercilessly attacks her friends one-by-one, and Addison, in particular, has trouble seeing her sister-in-law in her present condition.

Addison seeks out adoption when she finds out that there is no longer a chance of her getting pregnant. She meets with a woman who is seeking someone to adopt her baby; later that day Addison gets paged to the delivery room where the woman gives birth, and is heart-broken when the woman doesn't pick her to adopt her baby. Addison and Sam decide to break up.

Addison and Jake go to a medical conference, and Addison gets drunk and pursues Jake, but tells her she isn't ready for sex.

Jake reveals to Addison that he has feelings for her, while Amelia is revealed to be about twenty weeks pregnant.

Addison tries to show Amelia that having a baby is one of the most wonderful things in the world, when Amelia continues to put off an ultrasound. Amelia eventually agrees. Later, Addison gets a call about a woman who picked Addison to be the adoptive parent of her baby.

Sam begins to realize he still feels obligated to help Addison with Henry even though they aren't in a relationship anymore.

All of the doctors of Seaside Health and Wellness go to Amelia's aid when she begins labor, but everyone is forced to put their personal feelings aside when Jake tells them that Amelia wanted to give her baby's organs up to other babies. After hearing Amelia in pain, Addison goes into help her. Addison and Jake sleep with each other after Amelia's surgery. Later, Sam proposes to Addison, proclaiming he's ready to have a family with her. 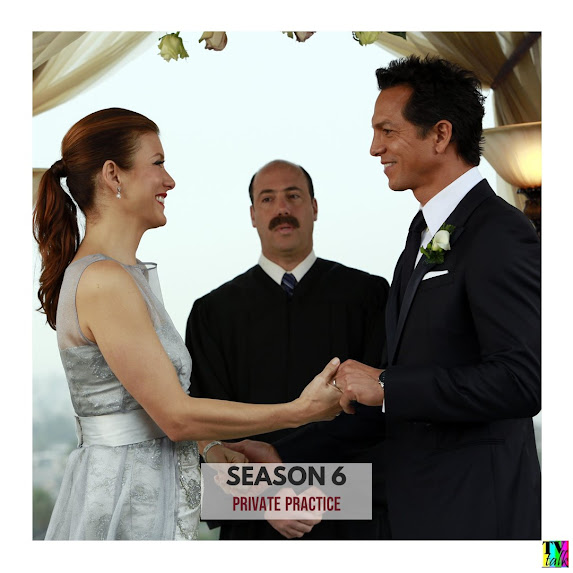 Addison gets a call from Derek, who tells her that Mark Sloan was taken off life support, after which she tells Amelia, and confesses she wants Amelia to take care of Henry if she were to die.

Addison continues to grieve over Mark, and doesn't know if she should talk to Jake about it, but eventually decides to tell him everything about her past.

Addison gets worried when Henry's biological mother comes back and starts wanting to see Henry more and more. Later, Addison finds out she is being sued. After Addison's mentor finds out that she is dying, she gets her affairs together, only for Addison to find out that the mentor had a daughter, and promises to hand deliver a letter to her. When Addison returns to visit her mentor, she finds that she has died, and goes to find her daughter to explain everything that had happened. At home Addison proposes to Jake.

Season 6, episode 7: ‘The world according to Jake’ | SHOULD WATCH

After Jake doesn't say anything in response to Addison's proposal, she makes him promise to never say anything about it again. After gaining some perspective and ‘talking to’ his late wife, he eventually tells Addison that if she still wants to spend the rest of her life with him, then she should ask him again. She does and is presented with an engagement ring.

Addison marries Jake, and she adjusts to married life, while there are major life events for others, including Amelia. The friends and colleagues at the practice say goodbye.

As someone who really liked how her story in PRIVATE PRACTICE ended, I just hope bringing her back to GREY’S doesn’t mean they undo her ‘happy ending’. In fact, it would be a pleasant surprise if we even see Henry and Jake as well. Now wouldn’t it be nice to see Benjamin Bratt on GREY’S ANATOMY!