EMMY NOMINATIONS 2021: ARE THE PRIMETIME EMMYS TRYING TO GO POPULAR?

The inclusion of certain shows among the 2021 nominations begs this question. On the other hand, the supporting and guest acting nominations this year are also quite strange, in some ways. Here are some thoughts on the 2021 Emmy nominations, announced earlier this week 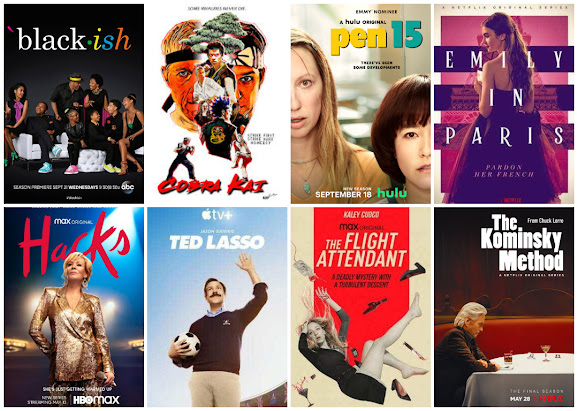 When EMILY IN PARIS was nominated for the 2021 Golden Globe Awards, back in January, there was all sorts of speculation about why it was nominated, with regard to the integrity of the HFPA and whatnot. It was definitely surprising to see that show among the best comedy nominations, so even I questioned the HFPA’s integrity, when I read about how they were flown down to Paris for a junket during the filming of the series. Now EMILY IN PARIS is not a bad show. As a piece of entertainment, it works, and it’s good fun to watch, just like any other romantic comedy (that would never be considered for awards). Hence, I disregarded the show being nominated at the Globes as a one-off aberration. So on Tuesday, this week, when I saw EMILY IN PARIS among the 2021 Primetime Emmy Award nominations as well, I was baffled.

IS DRAMA A JOKE? 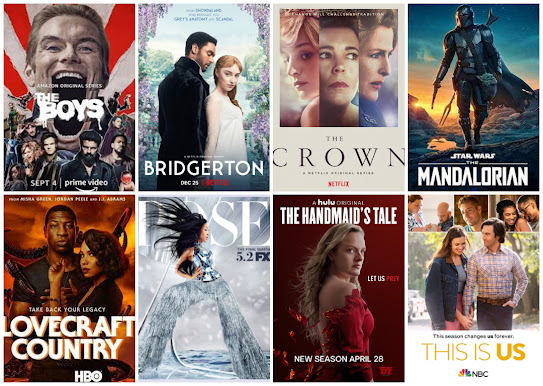 To make things worse, I saw BRIDGERTON was nominated for outstanding drama series, rubbing shoulders with the likes of THE CROWN and THE HANDMAID’S TALE. BRIDGERTON may be the most watched series, ever, on Netflix, and a huge conversation all over the internet, but does that make it good? If yes, then why isn’t NCIS or GREY’S ANATOMY nominated? They’re huge on ratings, aren’t they? BRIDGERTON was a popcorn entertainer at best. In fact, it was even a bit of a snooze in parts, and an over-indulgent piece of fluff even. The show even glossed over marital rape like it was okay. Now I don’t always agree with the Television Academy’s choices for the Emmys, but these two shows being included in the mix was quite bothersome for me this year. This is true especially considering that spectacular shows like THE GOOD FIGHT are ignored year after year. I give that as an example, because the Academy used to actually acknowledge THE GOOD WIFE, which THE GOOD FIGHT spun-off from, and the former even won a lot of Emmys in its time. Moreover, THE GOOD WIFE was a broadcast network show, not even a premium cable or streaming drama, which, by then, the Emmys had already shifted towards.

In fact, there has been such a conversation about the relevance of the Emmys or any awards for America’s broadcast network TV, where these awards are aired. If most of the work being recognized isn’t content that is accessible on network TV, then how does network TV make sense as a platform for such awards. So even if the members of the Television Academy are okay with devaluing the Emmy, while pandering to popular-choice TV, wouldn’t it then make sense for them to recognize more of the content that’s on a platform like the one that the Emmys are being aired on? Surely, if THIS IS US can be nominated even after it has lost its novelty and become downright tiresome, the TV Academy can find more such soapy broadcast dramas to recognize. Don’t get me wrong. THIS IS US is not a bad show either. In fact, it was very good when it started out. However, the novelty of THIS IS US wore off quickly, and it turned into an indulgent sob-fest that thrived on the same event of the characters’ lives for so long that it became tedious. And the gimmicky flash-forwards hinting at things like people growing old and dying are just revolting now. Yet, the show’s less-than-mediocre fifth season is considered as one of the eight best seasons of television in 2020-21 by the Emmys.

On the other hand, there is perhaps a little more recognition of broadcast TV in comedy. BLACK-ISH continues its late streak of being an awards contender, Allison Janney has earned her sixth nomination for MOM’s swansong, and KENAN and B POSITIVE have nods in other categories. And then, of course, there’s SATURDAY NIGHT LIVE—continuing to block out the supporting and guest acting categories in comedy, with 11 of the 26 nominations across the four categories. The show is literally not in the same set as comedy series, nominated otherwise as a ‘variety sketch series’, which is under the ‘variety’ set—separate from ‘comedy’, ‘drama’, ‘limited/anthology/movie’, ‘reality’ and ‘short form’. In fact, with two more spots among the comedy supporting and guest categories taken by another variety series—A BLACK LADY SKETCH SHOW—it comes to 13 comedy acting nominations (half of supporting and guest) being given to shows that aren’t even in the ‘comedy’ set. Surely the TV Academy can create a couple of acting categories under ‘variety’, if they can have up to 13 performances to recognize. If ‘short form’ can have its own acting categories, then why can’t ‘variety’? Meanwhile, so many performers from shows that actually qualify under the ‘comedy’ set remain snubbed, year after year, because SNL must be given their spots!

This year, in particular, with multiple nominees from so many shows in the same categories, it’s really limited comedy supporting and guest by including so many SNL performers. That’s not to say that the multiple nominees from other shows don’t deserve their spots. For whatever reason the TV Academy considered only a handful of series for the supporting categories in comedy, drama and limited/anthology/movie, it’s still a little refreshing to see supporting actors and actresses getting their due, since they don’t always. Secondary characters and actors, who are instrumental to their shows’ success, often get sidelined, with mostly the series and the leads getting all the recognition. I’m referring here to TED LASSO’s six supporting performers, THE HANDMAID’S TALE’s nine supporting and guest, MARE OF EASTTOWN’s three, and THE CROWN’s six.

Yet, when it comes to THE CROWN, I find it a little strange to see Claire Foy nominated for what was a prologue flashback, where the young queen sat at a table and read some lines. I love Claire Foy and she brought so much charm, grace and nuance to THE CROWN that made it an instant favorite of mine right at the outset. And I’m happy as a fan of her and the show to see the original queen still tied to the show and its success, two seasons after the cast changed. Yet, objectively speaking, I’m not so sure there wasn’t someone else who should have been given that spot instead. More glaring than this was Don Cheadle’s guest actor nomination for THE FALCON AND THE WINTER SOLDIER. It was about a 90-second cameo. It’s not something that someone can’t be nominated for, but his role in those 90 seconds were not so captivating that it just had to be recognized. In fact, Cheadle even tweeted that he didn’t get it either. And isn’t FALCON… a limited series anyway? Just because the ‘limited/anthology/movie’ set doesn’t have guest acting categories, the academy just threw this into ‘drama’ it seems.

There’s a lot of good TV to recognize year after year, so it’s understandable that there are so many categories—18 for acting alone. However, some categories seem to be rather convenient, to throw in nominees that don’t fit in anywhere else, because they’re big names, or maybe from popular shows and just must be nominated. And then to see shows such as BRIDGERTON and EMILY IN PARIS and THIS IS US in the mix, it’s just very confusing to me how one can take the Primetime Emmys as seriously as they would like us to. I mean, it’s the Emmy. It’s an EGOT award, along with the Grammy, Oscar and Tony. It’s not the People’s Choice. And I agree, it’s not my choice either. But while I don’t always agree with the Television Academy’s choices—and that is okay—I am now beginning to question them.

Here are the nominations of the drama, comedy and limited/anthology/movie categories, at a glance

Phylicia Rashad, THIS IS US

Don Cheadle, THE FALCON AND THE WINTER SOLDIER 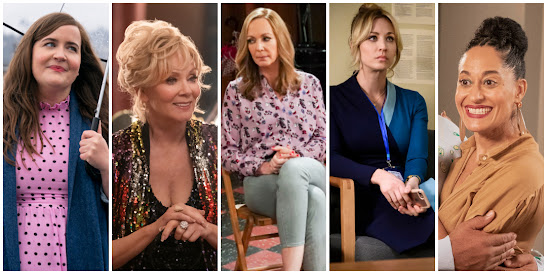 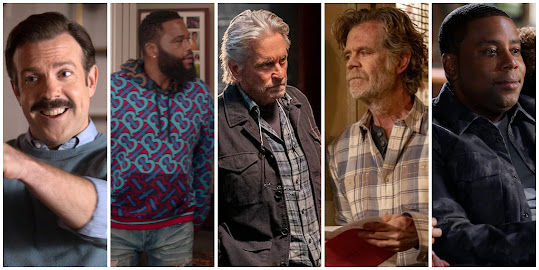 Dolly Parton's Christmas on The Square 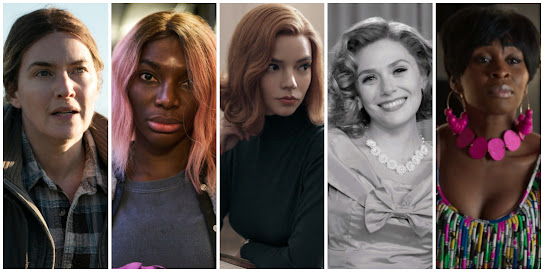