PREMIERE REVIEW: GOSSIP GIRL’S HERE! YOUR ONE AND ONLY SOURCE FOR THE TRUTH BEHIND THE SCANDALOUS LIES OF NEW YORK’S ELITE

Here’s a review of the new GOSSIP GIRL (2021) premiere (without any major spoilers). Read on and decide if you want to follow this highly-anticipated reboot

It was only a matter of time before GOSSIP GIRL would be rebooted or revived in this day and age of recycling tried-and-tested concepts and formulas of characters and storytelling. Moreover, with social media bursting at the seams, the premise of GOSSIP GIRL fits right into the late 2010s-2020s. It’s like the original GOSSIP GIRL just missed the Instagram boom, but was also quite ahead of its time, in that it captured what would be a bigger part of reality with Instagram becoming what it is now. So a new version of the series makes perfect sense, and the reboot definitely leans on the reality of the social media-obsessed youth of today. Additionally, it features a number of updates from the original, which was quite white, heterosexual, and oblivious to the world outside of Manhattan’s Upper Eastside. It was also very much pre-#MeToo, with Chuck Bass not receiving enough retribution for sexual harassment and the general objectification of women. 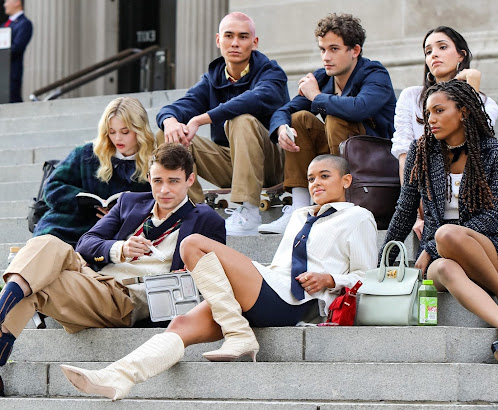 Obviously, GOSSIP GIRL 2.0 treads some tricky territory, because it’s not easy to show people as being rich, spoilt, self-obsessed, and also being socially aware, ‘woke’, and welcoming and positive to all. So Julien Calloway is not an out-and-out bitch who’ll walk all over everyone to just prove a point. She’s sensitive and can be warm and caring when she needs to be, but at the same time, won’t think twice before turning on her sister when it’s convenient for her. This contradiction can either make her a very interesting character, or it can completely not ring true—that’s something we’ll have to wait and watch. However, Julien is undeniably ‘Queen B’, even if her power isn’t as absolute as Blair Waldorf’s was. Her minions, Monet and Luna—unlike Blair’s Penelope, Isabel and others—actually have minds of their own and aren’t too scared to take matters into their own hands when Julien has made it clear she doesn’t want to go too extreme in a revenge scheme. In fact, Julien appears to be a bit of Blair and a bit of Serena at this point, even if one may want to believe that Zoya is going to be the Serena to Julien’s Blair. That might take a while and some serious convincing on the show’s part, because Serena van der Woodsen was already established as influential within and outside of her social circle; just that she wasn’t interested in being ‘Queen B’ until she was later challenged by Blair. Zoya on the other hand is just an ingénue with little or no clout at this stage. She’s more of a Jenny Humphrey—considering her age also—even if she seems more sensible than Jenny.

Not that you should be looking for the original characters in this new crop of privileged Constance Billard-St. Jude’s students. You might actually find a lot of overlapping of traits between characters, and what we see in them today may not be what we see in them a few episodes down the line. For now though, Max is clearly a lot like Chuck Bass—less arrogant, but just as ‘couldn’t care less’. There might be a bit of Nate and Dan in Obie—who’s quite unimpressive and dull I might add. There could be some of Nate in Aki too, and maybe a bit of Serena in Audrey. We don’t know Audrey well enough yet though. What we can see is the exciting potential of hot ‘throuple’ drama. Where there’s smoking chemistry there has to be some sizzle and fire.

Speaking of threes, the central conflict at this point, with the love triangle waiting to happen (the ‘this season on GOSSIP GIRL…’ promo confirms that it will) seems like a very old trope, which is already a little tired and hence, disappointing. I hope they’re able to infuse some kind of freshness into the formulaic direction in which this triangle and the conflict seem to be going. Otherwise, this show will also end up being nothing but a guilty pleasure for many. However I will commend the creators for the freshness in the basic premise of this reboot—the inciting incident rather—which does away with the question of ‘who is Gossip Girl’. That hook would have to bear too much weight after the predecessor hung onto it so dearly right till the end. So it’s good to know the motivations of the character/s behind Gossip Girl 2.0 at the outset itself. Is it creepy that ‘grown-ups’ are taking pictures of half-dressed teenagers and posting them on social media? Sure, but at least they admit that it’s sick and wrong, and we know that the show is not condoning such things. At the same time, one wonders how people who supposedly have a conscience can convincingly continue to run Gossip Girl by not following any code. With the gloves already off, and boundaries already crossed, how long can it be okay for them to go on, and for us to be okay with it happening on-screen? 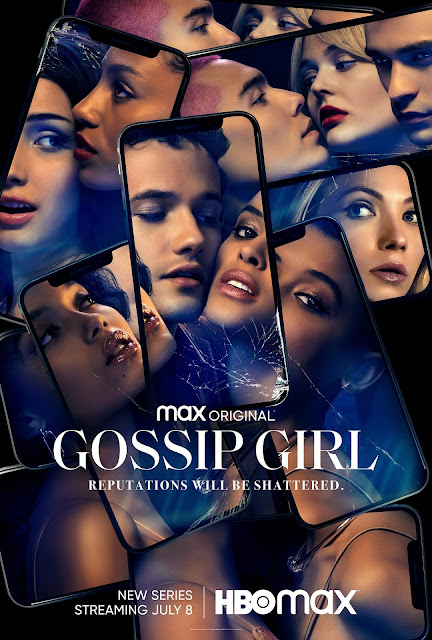 Yes, the premiere of GOSSIP GIRL 2.0 wasn’t perfect—which is okay, because the original was also no masterpiece—but the show can turn out to be very engaging and entertaining, which the original definitely was. However, there are already some problem areas with the characters and plot devices, which would need to be sorted out, before it becomes too paradoxical, too uninspired, or too cringe-worthy. I would also like to see more personality and charisma in the main characters. Despite their contradictions, Julien and Zoya are not immediately interesting; nor do the actresses playing them have any great screen presence. And we need to see a lot more of the others before one can say more about them, except for Max, who, I’d say is definitely the most intriguing of the lot so far.

I do hope going forward there’s going to be enough substance behind the style—which also needs to be amped up—but I do have hope for this new interpretation. Let’s keep it coming. XOXO!