HERE’S WHY THE ‘SUPERSTORE’ SERIES FINALE WAS PRETTY PERFECT

When America Ferrera decided to leave SUPERSTORE last year, it was disappointing. Even though it’s always been an ensemble show, she was the face of the series when it first began—the hook that drew me to SUPERSTORE initially. Sure, the show could go on without her. The other characters were definitely developed enough to continue as a solid ensemble. So one made one’s peace with Ferrera’s departure. Yet, season five ended abruptly, as the COVID-19 pandemic forced production to stop prematurely, and we didn’t get a proper goodbye. Thankfully, Ferrera decided to give the show and its audience that, as she returned for a proper exit in the first two episodes of season six. And so America Ferrera’s Amy Sosa packed her bags and went off to work for Cloud 9’s parent company, Zephra, at their headquarters in California, also ending her relationship with Jonah. It was a break-up that seemed rushed and forced, with a very ‘manufactured’ reason—Amy not being ready to build a future with Jonah. 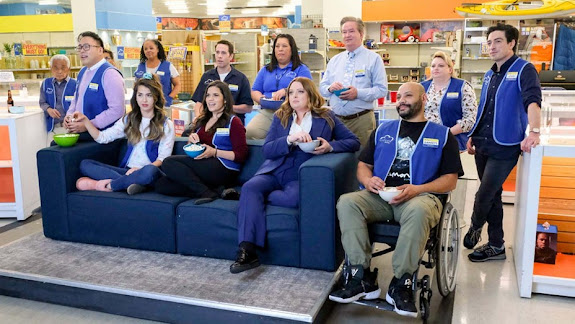 It was only after all this that NBC announced that this would be the final season of the show. It was likely because the entire cast's contracts would be due for renewal, and salaries would need to be renegotiated, which the network might not have wanted to do. However, it was quite apparent that the producers/showrunner didn’t have everything in place to wrap up the show properly. So the season continued, as any other would, with the regular workplace comedy. The team was shuffled around, with Glenn and Dina becoming co-managers, and Cheyenne becoming floor supervisor. Aside from that, it was business as usual at Cloud 9—as usual as it could get during a global pandemic, which was very much included in the show’s narrative. 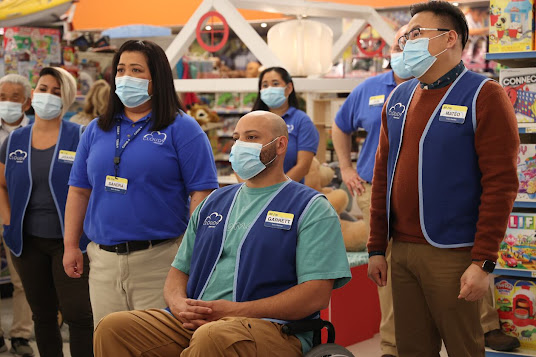 Portraying the pandemic was a great idea, to begin with, because even during the strictest pandemic-driven lockdowns around the world, when everything was closed, it was the grocery stores and supermarkets that always stayed open. So like other supermarket employees in real life, even the employees of Cloud 9 never had ‘work from home’. And the show did a fantastic job of bringing some humor into a tough situation, while every other show that portrayed the pandemic quite understandably showed the grim side of things. SUPERSTORE, however, has never made things distasteful, even while managing to not have things get to serious or depressing. They’ve always excelled at that, with humor tactfully infused into matters of labor unions, race, disability, immigrant issues… and now even a global healthcare crisis. It was a very impressive season, despite Amy’s exit, even though she was missed. The writing and treatment of the show was good enough for it to go on for another two or three (maybe shorter) seasons at least. Yet the show had to end.

We didn’t see any signs of the show coming to an end, as one often does. There’s usually a signaling of a major turn that marks the beginning of the end, but not with SUPERSTORE. It was only in the episode before the two-part finale that such a turn was alluded to. We found out that Zephra was planning to close stores. And then there was Amy Sosa, on the phone, confirming what Cheyenne had heard. Meanwhile, Jonah had also been stalking Amy on social media with some help from Sandra, to let us know that Amy was still very much on Jonah’s mind. It was clear that the show did this just so the inevitable Jonah-Amy reunion in the finale wouldn’t seem to be coming out of nowhere (not that they needed to remind us that he hadn’t completely moved on). 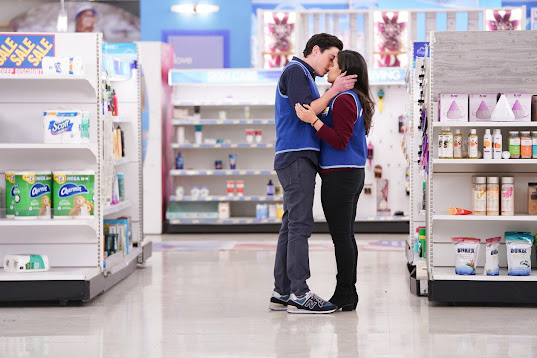 Finally, the first of the two-part finale was all about everyone trying to help prevent the store from closing, with Amy visiting from California to lend some ‘Zephra insider’ assistance. Jonah and Amy coming face-to-face again was so awkward—in a good way. America Ferrera and Ben Feldman have had the right chemistry for all kinds of scenes from day one of the show. Ultimately, though, severed feet or no severed feet, it seemed like Zephra had already decided to shut the store and open a ‘fulfillment center’ in its place. Amy decided to go down with the ship, and resigned in solidarity with her Cloud 9 family, and also from having gone off Zephra, one might imagine.

The second part of the two-part finale was the final wrap, sending characters off on their next chapters after Cloud 9’s closing, and giving us some closure. Was it all rushed? Sure, definitely! It was too much to happen in just 43 minutes of the double-episode finale. And one had to make peace with the fact that everyone, barring a handful, was going to lose their job, without putting up much of a fight. Yes, these guys haven’t always been successful in going up against corporate in the earlier seasons, with the unionization and all falling through. And Zephra had been running a tight ship since they'd taken over. But the Cloud 9 folks had always put up a fight, even with trying to help Mateo escape from immigration officials in what was one of the best episodes of the show. So yes, it would have been more fitting to see some kind of resistance from them against Zephra—perhaps a 'wrongful termination' lawsuit, based on some loophole or something. If they had a few more episodes, or maybe even a short additional season to wind things up properly, they could have done it in a way that didn’t feel rushed. I mean, in just one season, Amy left, the store management changed, Amy returned, the store shut down, and everyone got on with their lives. 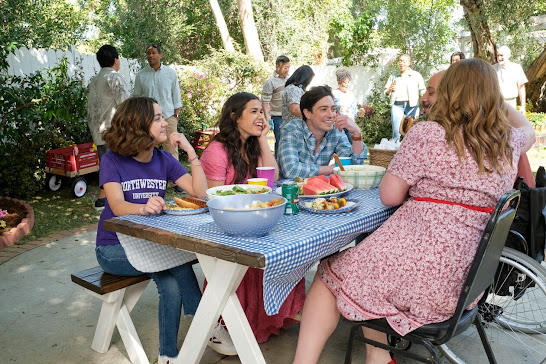 At the end of the day though, the moving-on that we did get was pretty perfect. Even if they’d taken a more gradual approach, I would’ve still wanted this ending. Everyone got to say goodbye to the store nicely. The collective viewing of the interview videos was a great way to do it. It also helped some of them get onto their next chapters. Mateo was hired by Glenn, and Amy decided not to give up on a future with Jonah. We all knew there was unfinished business between them, so it was perfectly understandable that it would only take an instant for them to open up their hearts and give it another shot. And then the epilogue was everything! The montage against the backdrop of Garrett’s voice-over, making the final Cloud 9 announcement, was moving and sweet. It was good to see everyone finding their next thing—be it Dina and Sandra running the fulfillment center with Marcus and Justine, or Glenn opening his hardware store, with Cheyenne and Mateo. Amy got another job as an executive, Jonah got into politics, running for city council, as they built a life together and expanded their family. Dina and Garrett stayed together, while Mateo and Eric got married. And they all stayed a close-knit Cloud 9 family, even after they go off on their separate paths, as we saw them together at the barbecue in Glenn and Jerusha’s backyard. (Which was Lynette’s house in DESPERATE HOUSEWIVES, by the way, in case that red tree house didn’t give it away.) Even Carol, Justine, Sayid, Janet and Nia were invited. 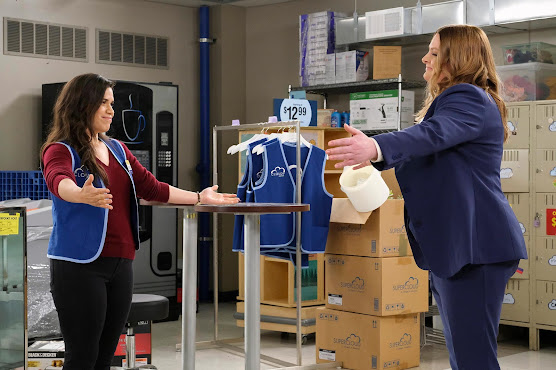 All the while, SUPERSTORE kept alive the hilariousness we’ve loved about it for six seasons, with Cheyenne and Bo being as they were, with the washing machines, and the transition shots that show customers doing weird things in the store** (including the subtle revealing of who was placing the severed feet). Even everyone talking about Jonah’s love-life vis-à-vis Amy’s return, during that staff meeting, had me in splits. It was a perfect finale in most ways that count, and a sweet goodbye indeed, as Cloud 9’s lights went off for the last time.

**I was later reminded that the girl on the potty in one of the aisles was a throwback to a an interstitial from the show's pilot, which featured the same girl, only much younger. She happens to be the daughter of show creator Justin Spritzer, who also made a cameo in the finale, as the customer whom Glenn hugs.