Here are all the TV category predictions

Outstanding Performance By An Ensemble In A Drama Series

The SAG-AFTRA love THE CROWN. They gave the ensemble a win for this last year, for a season that didn’t win too many awards otherwise. And the season in the running this year is an awards darling, so I’d be shocked if they award any other ensemble instead. Additionally, THE CROWN has already dominated the nominations in the individual actor categories, so there.

Outstanding Performance By A Female Actor In A Drama Series 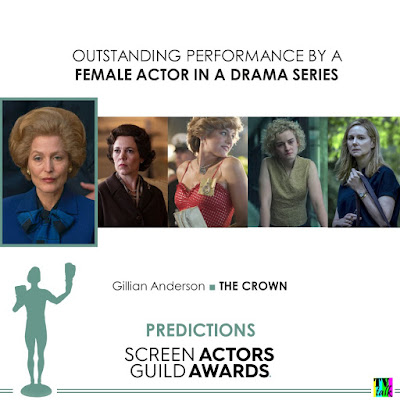 This is a tough one. I would have picked Emma Corrin, who’s won a lot for her turn as Lady Diana this awards cycle. However, with no supporting category, room had to be made for Gillian Anderson. And Anderson is a SAG-AFTRA favorite. She’s won twice before and has had six previous nominations in this category. So I think I’m going to go out on a limb here and predict her Iron Lady for the win.

Outstanding Performance By A Male Actor In A Drama Series 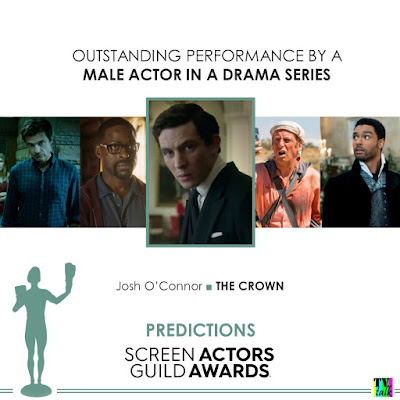 I think Josh O’Connor’s winning this one. Brown and Bateman have already won. Odenkirk hasn’t been lucky here with SAUL, and Page—please! And O’Connor’s Charles has won him a bunch already this season, so this will be another.

Outstanding Performance By An Ensemble In A Comedy Series 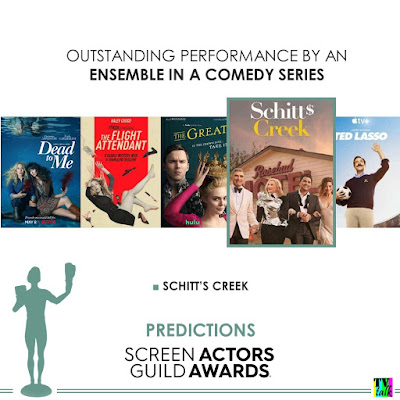 SCHITT’S CREEK is winning this one. They have a four individual nominations among a total of 10. Now if that doesn’t indicate the ensemble win, I don’t know what does! Besides, the show’s swansong has been an awards favorite without a doubt.

Outstanding Performance By A Female Actor In A Comedy Series 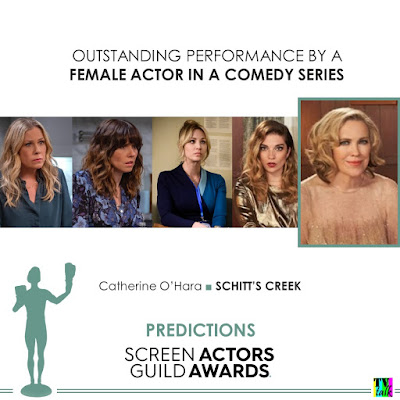 This is Catherine O’Hara’s year. She’s been winning even where the show itself has been missing out, and I think this streak will continue for her farewell turn as Moira Rose.

Outstanding Performance By A Male Actor In A Comedy Series 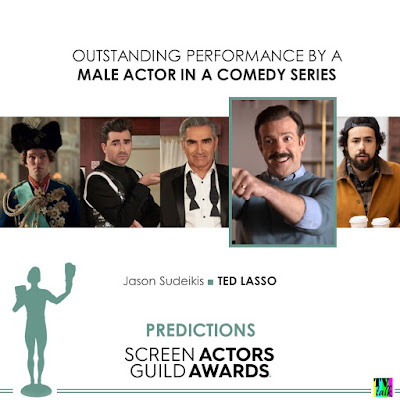 This one is between the Levys and Sudeikis. I might have gone for SCHITT’S, if there was only one Levy here. However, I think the show’s votes will get split in the process, and the equally strong contender from TED LASSO will be the winner. 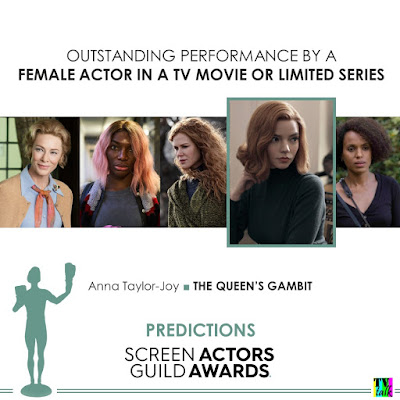 Anya Taylor-Joy’s been enjoying her reign at one awards show after another. And this will continue at the SAGs. Michaela Coel could be the upset here though, since she’s been praised quite heavily and hasn’t had a major nomination until this one. 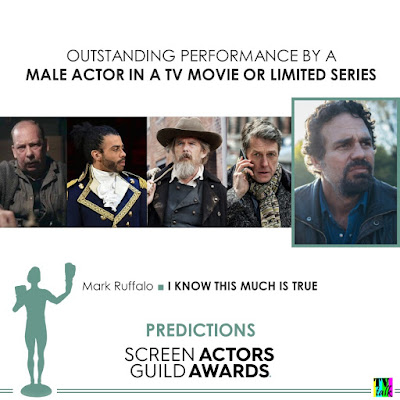 He’s won the Emmy and the Golden Globe for this, along with a couple of others. This is Mark Ruffalo’s category in this awards cycle. He’s winning this.