WHY ALEX KAREV’S EXIT STORY WAS THE PERFECT FAREWELL, DESPITE ITS FLAWS

A lot of people hated it, and felt it was ‘out of character’, and—worse—that it was lazy writing that ruined his growth and so on. Here’s why I strongly believe it was none of those things, and why it was a beautifully-written episode that did the best that it could, all things considered

Spoiler alert: Read on only if you've seen this week's GREY'S ANATOMY, or if you don't care about spoilers

“There’s really no good way to say goodbye,” said Meredith Grey, closing the Alex farewell episode of GREY’S ANATOMY, in which we finally found out how the show was closing the Alex Karev chapter. It was only after I finished watching it and started reading the numerous comments online did I realize how differently most people felt about it than I did. I honestly felt that it was the perfect way to write out his character from the show, especially considering that the actor was not available—for more than a voice-over—for them to be able to do more with the storyline. Were there ways to make it seem more believable? Could it be more justified if we’d seen how it played out rather than just hearing about events that supposedly took place off-screen? Could the end of his marriage to Jo have been better handled? Of course I’ll say yes in answer to all these questions. But was it uncharacteristic of Alex for things to have turned out this way? Certainly not. 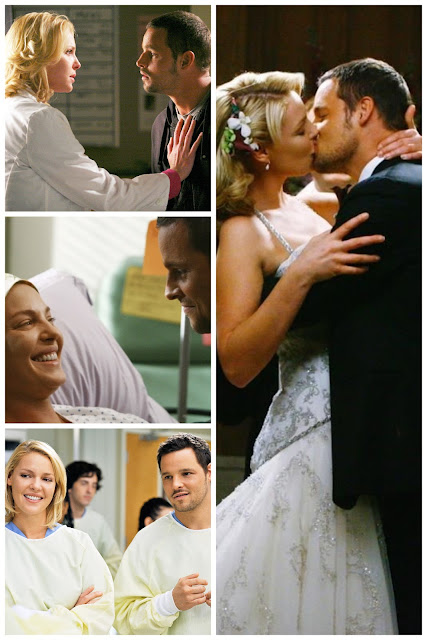 Now I have always been a huge fan of the Alex-and-Izzie romance. They go back to a time when ‘ship names’ weren’t even a thing. They had the makings of a classic romance from being antagonistic, to flirtatious, to realizing their deep connection, to facing tragedy, then illness, a dream wedding, and then the unfortunate end of their marriage. It was an exciting ride with highs and lows, light moments and intense phases. The dynamic was definitely far more interesting than any other romance we’ve seen on this show, ever—and definitely far more interesting than the tiresome and highly overrated Mer-Der. So when Alex and Izzie did split, it was heartbreaking to say the least. Moreover, there was no closure for a satisfying end, even when she returned that once after ghosting him for so long. So it’s not just because I’m a fan of the couple that I was extremely glad to know that they did end up together. It was because it did feel completely natural for him to reconnect with her, even after all this time. Yes, she was horrible to him, but that also means that there was a lot unresolved between the two and it was completely understandable for them to have found it in their hearts—after years of distance and perspective—to finally address what went wrong, and find their way back to each other. In an ideal world, it would have been great to see that happen first-hand, to see them dissect all the horrible things she did, and why he didn’t find it in himself to forgive her before. It would have been great to actually see them move past those problems and realize that underneath it all, they were still two people who were very much in love with each other. That would have been great—but only possible in an ideal world where both the actors were available and willing to have the show tell us the story in entirety. So considering that this story was to be told without the actors in the picture, this was the best possible way to tell this story.

Yet, I’ll admit, telling this story meant that Alex would have to turn out to be a jerk to Jo, and leave her without so much as saying goodbye in person. It was the one thing that most people had an issue with, and understandably so. Most feel that after his growth over the last 16 seasons, he would never betray Jo the way he did. I disagree with the absoluteness of that assumption—that he would never do this. His feelings for Izzie were always extremely intense, and before we saw the last of him, there was no way to know what he might have done should he have actually had the opportunity, in some other scenario, to resolve his relationship with her and be with her. Besides, there are some things that make a person who they are, and even with their growth (and character development) there are things that can bring back sides of them that were seemingly entirely behind them.

Still, the writers tried hard to convince us that it was all about the kids of his that Izzie had with the frozen embryos. They did this through Alex trying to convince Jo that being an available parent to the kids meant that he absolutely had to get back with Izzie as well. He could continue to be married to Jo and still be a father to them in every possible way. The logistics of long-distance, or convincing Jo to move to Kansas would have been a huge hurdle, but definitely not the sole reason why he had to become romantically involved with Izzie in addition to being a father to their kids. So yes, he did effectively cheat on Jo, by getting involved with his ex-wife while he was still married to Jo, whether or not there were any kids in the picture. But was it absolutely impossible for the Alex of today to have cheated on Jo? With anyone else, it would have been close to impossible, but with Izzie, it wasn’t unlikely at all. 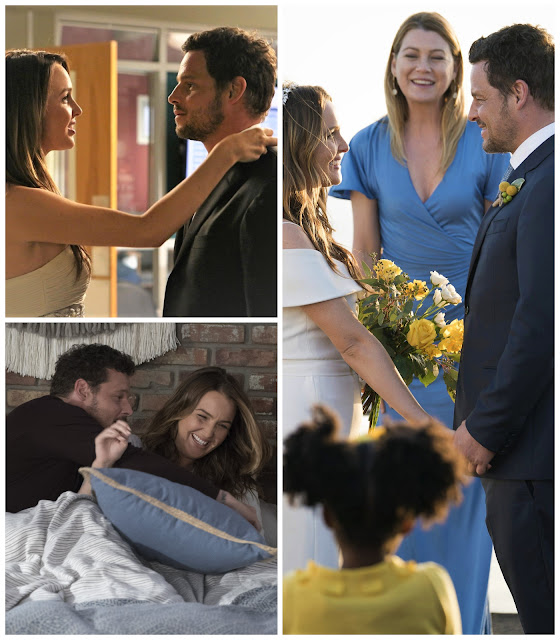 If the writers had written it in such a way that Alex admitted the extent of his betrayal to Jo, rather than try to spin it as it being all about the kids, it would have perhaps rang truer. However one could always assume that he was in denial about (or was simply trying hard to rationalize) the betrayal, convinced that being with Izzie was the only way to be a parent to the twins. This need for assuming Alex’s denial or rationalization was literally the only real flaw in the Alex sendoff, in my opinion. In all other ways, it was near perfect (factoring in the non-availability of actors). 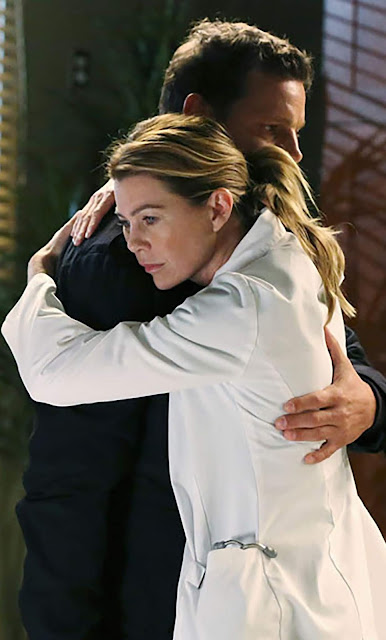 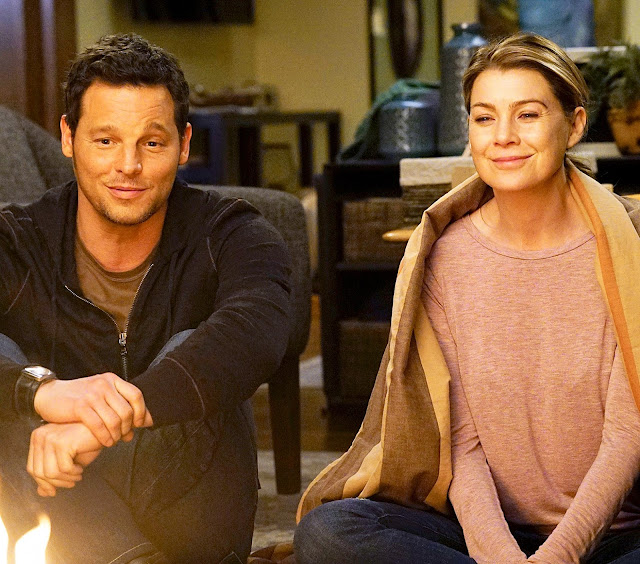 Using ‘Dear Jo(hn)…’ letters was convenient and obvious, but it was the effort taken to do justice to everything the character would want to convey to the people who were most important to him in Seattle that made it moving and as real as the goodbye could get. And let’s face it, knowing Alex, he would have never been as articulate in person about his feelings towards all of them. His letter to Meredith was the best, obviously. Just like Cristina told Meredith, before leaving, that Derek wasn’t the sun, she was, even Alex told her that she didn’t really need a person, she was her own person. “A freakin’ force of nature!” he called her. It was gut-wrenching to know that we wouldn’t see their friendship anymore, but it was so beautiful to hear things about their bond expressed so well. His letter to Miranda was also spot-on, in that he thanked her for pushing him to be better, as a person and as a surgeon. She did raise him to become worthy of being the chief in her absence from the office, and that relationship was paid tribute to perfectly. The Richard side of it was conveyed without Alex’s voice-over, but it was a wise choice, as it offered us a different perspective of the teacher-student relationship than Bailey and Karev’s. Of course, it was brilliant and essential for an acknowledgement of Alex’s peds mentor Arizona’s role in his growth as a person and a professional. In fact, if she’d still been around, she would’ve definitely received a letter as well. 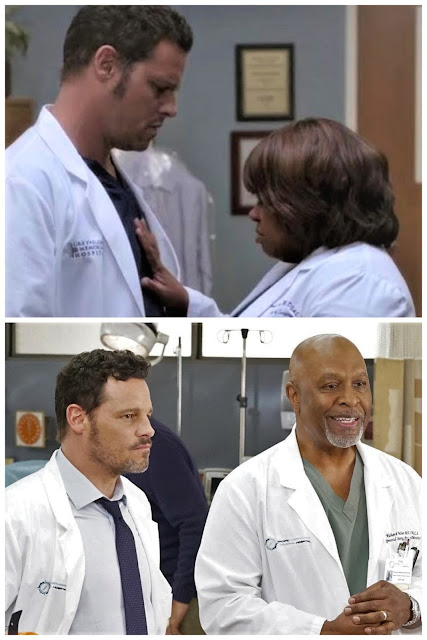 It was also essential to see all those moments of Alex Karev from the internship days, right up until his last appearance on the show. It showed us the evolution of Alex, and the depth of the bonds he’d forged that impacted the show and us viewers, even those who may not have liked him (though I doubt there’s anyone who didn’t like Alex). Moreover, the effort taken to find all the right visuals, montages, dialogues and exchanges, to interweave with the present-day narrative at just the right moments, was indeed admirable. The sheer wealth of the characters’ backstory that this show has was utilized to the fullest—with moments such as Alex opening up to Meredith about the embryos and Izzie’s illness, and Alex telling Jo what he imagined Izzie’s life to be like. It was rich with character moments and nuggets from the past that tremendously informed why and how Alex ended up where he did. And it couldn’t have been easy to put together and make it so heartfelt. It was far from being ‘lazy writing’, which a lot of the viewers felt it was. It was a perfect farewell to the best character that the show has given us, all things considered.