JUSTIN CHAMBERS LEAVES ‘GREY’S ANATOMY’: WHY HE MIGHT HAVE LEFT, HOW ALEX COULD BE WRITTEN OUT, AND THE LOSS FOR THE SHOW

I have read this statement several times since I found out that Justin Chambers is not only leaving GREY’S this season (16), but that we’ve already seen the last of him:

“There’s no good time to say goodbye to a show and character that’s defined so much of my life for the past 15 years. For some time now, however, I have hoped to diversify my acting roles and career choices. And, as I turn 50 and am blessed with my remarkable, supportive wife and five wonderful children, now is that time. As I move on from Grey’s Anatomy, I want to thank the ABC family, Shonda Rimes, original cast members Ellen Pompeo, Chandra Wilson and James Pickens, and the rest of the amazing cast and crew, both past and present, and, of course, the fans for an extraordinary ride.” 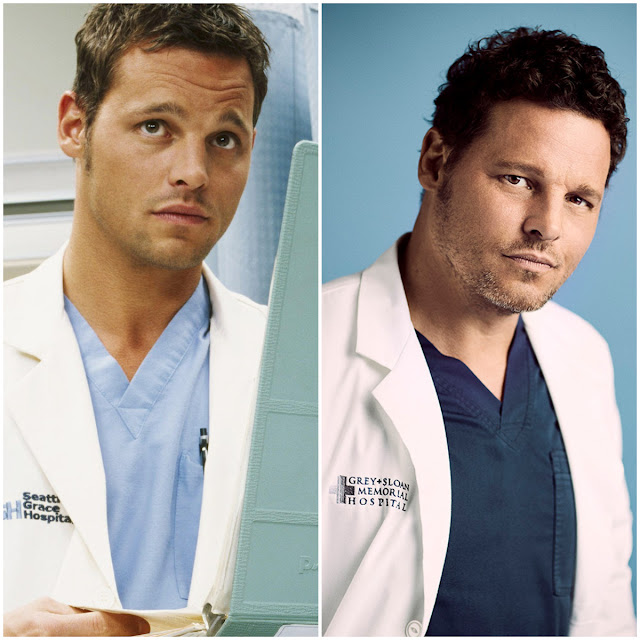 Each time I read it, I tried to look for something in the statement that might hint at the real reason why he’s leaving, because obviously something as simple as moving on to other things in his career is not enough for us. When other cast members have left—and there have been many—we’ve had at least half a season to see how it plays out. When Patrick Dempsey was leaving though, they kept things hush-hush to truly devastate the audience with Derek’s death, while not giving us a chance to think of it as an exit scenario. This is neither. It wasn’t planned well in advance in order to send off the character with some closure as they did with Cristina, Callie, Arizona, or April. Even Izzie for that matter...It may not have offered complete closure, but we knew she was leaving when we saw the last of her, despite the controversy surrounding Katherine Heigl’s exit from the show. And nor was this announcement made only after Chambers’ last episode in order to preserve the revelation of the character’s exit for exposition on the show itself. Because ‘Alex has gone to care for his ailing mother’ is not that kind of an exit. Perhaps it was a stopgap solution to explain his absence from November’s mid-season finale, before the show’s team were sure they’d have to plan for his permanent exit. Whatever the case, his absence from the episode is likely to have been written in after they knew he would no longer be available for more. It’s very clear that the exit was sudden, and without notice—from a production standpoint—even if the public announcement was made only weeks or months later.

A sudden exit can be explained by a conflict that quickly escalated, calling for an immediate resignation or firing. Or it could mean that the actor had an emergent situation to deal with that couldn’t wait for a properly planned exit for the character—possibly a health situation or something concerning a loved one.

Whether or not we find out the real reason for Chambers’ departure from the show anytime soon, the upcoming episodes will have some serious explaining to do. There are a number of ways they can write out Karev.

1. Karev dies: We GREY’S fans are so jaded by the devastating deaths that we’ve seen over the last decade and a half, that even though the last few exits have not been by death, death is still the first thing that comes to mind. 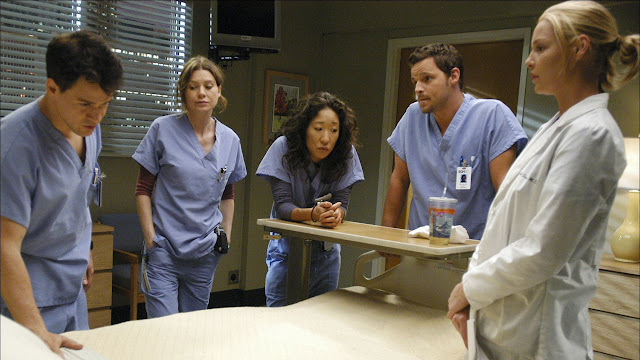 Technically, no main character has died since Derek in season 11, so a death wouldn’t seem so far-fetched or too soon. However, for Alex to die off-screen, it will be for Jo like Meredith (receiving news of Derek’s fatal accident) all over again. Except that this time, we won’t get to see the spouse dying. What the cause of death could be is another question. Another car crash? Plane crash? Nope; been there, done that. If they have to kill off Alex, it could be something like a fatal illness he kept a secret in order to spare everyone the torture of having to live through his decline. Still, however he might die, if death is the way he goes, the similarities between Meredith’s loss of Derek and Jo’s loss of Alex will be too hard to avoid. So maybe it won’t be death. Yet, the other possible explanations for his permanent absence might not be able to hold water. 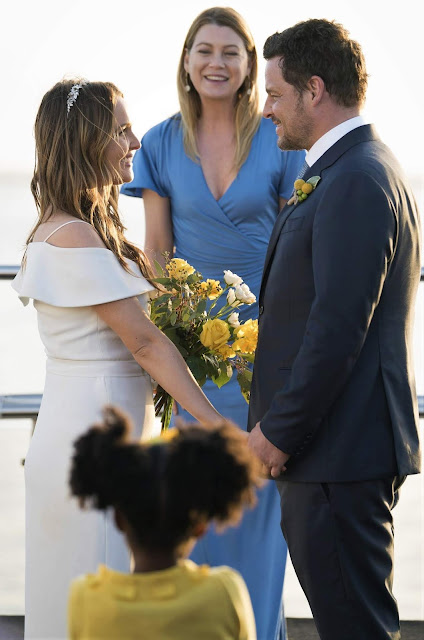 2. Karev moves away and leaves Jo: Alex could be off the show and still be alive, corresponding via calls and texts with Meredith (and everyone) as has been the case with Cristina. But a permanent move wouldn’t be without his wife, which means that this scenario could demand a break-up. If he simply ghosts Jo, it would be exactly what Izzie did to him. Aside from the fact that he wouldn’t put her through what he was put through, even the writers wouldn’t want to repeat that. The break-up could happen off-screen, with Jo going to visit him, only to return saying that they’re done. That wouldn’t fly though, unless the writers can really dig deep and find some buried issues that the couple have had that might be likely to surface, and are convincingly bad enough to justify the end of what’s been a lovely relationship and marriage. Especially after Jo’s recent issues with discovering how she was conceived, and how Jo and Alex emerged from that whole thing stronger than ever, almost any manufactured reason for them to end their marriage now would not be good storytelling or true to the characters’ journeys.

3. Karev moves away, but doesn’t leave Jo: Alex could potentially have an opportunity that takes him away from Seattle (maybe his mentor Arizona Robbins makes him an offer in New York that he cannot refuse). Or he could decide to live closer to his mother because of her deteriorating condition. They could play this out till the end of the season, or longer, as he and Jo try to make long-distance work, as she goes to visit him now and then. Eventually though, the marriage might not be able to survive this arrangement, and things for Jo at Grey+Sloan are too good for her to give up in order to go be with him. And though a break-up like this would also happen off-screen, the time it would take might make it more believable. Alternatively, they don’t break up, and Jo could leave to go be with him eventually. But that would mean that Camilla Luddington leaves the show as well, which doesn’t seem likely. 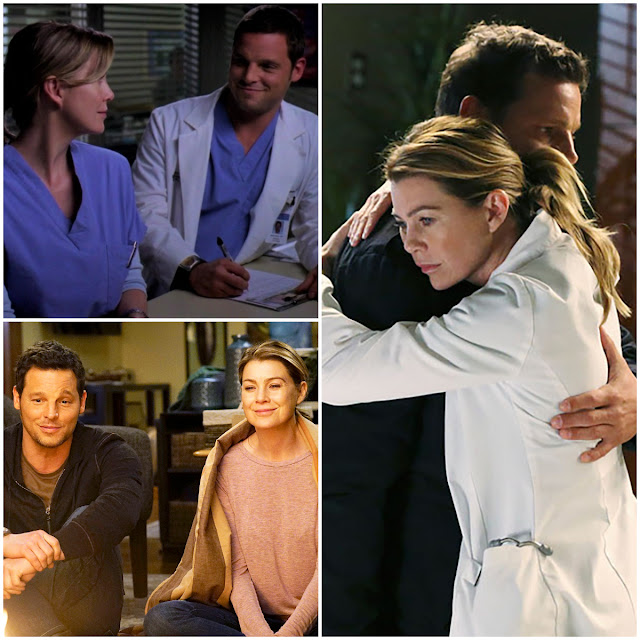 Whatever the explanation for Alex Karev’s exit from the show, he will be sorely missed. He’s probably had the most interesting character arc from the start of the show till now. And Karev has been my personal favorite (along with Bailey) since the very beginning, even when he was considered to be the ‘devil spawn’ or whatever, before he became a part of the inner-circle of the original five interns. His relationship with Meredith has been pure gold for years, even before Cristina’s exit, and especially after he became her person. And with him being the last of the original five, Meredith won’t have a person like that, with whom she goes that far back.

Though it’s not just the Meredith factor. Alex Karev has had some of the best relationships and friendships on the show since the beginning. He and Webber have bonded over competing with each other, when Webber played emotional mind games with him and tricked him into submission when they were pitted against each other, and more recently working together at Pac-North. 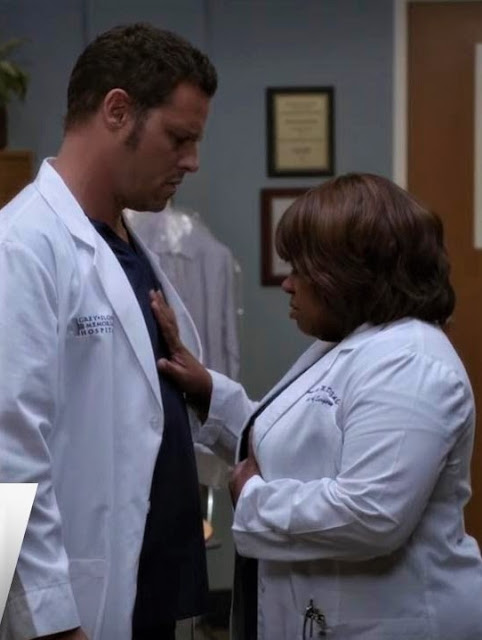 He and Bailey have had their banter and moments, especially when she was disappointed in him over the DeLuca incident, and last season when he was interim chief. He and Arizona had the most wonderful mentor-and-student relationship. His relationship with Izzie was my favorite romance on the show, and certainly overshadowed the tiresome ‘Mer-Der’ for me any day! And he and Jo have been tremendous in these last seven-odd years—a beautiful relationship with depth and without too much mush. They’ve been the best romance on the show in the last decade, and losing that will be really sad. 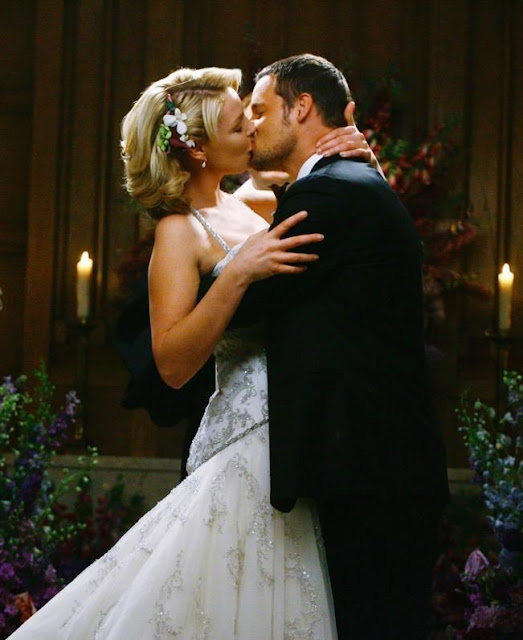 The richness in storytelling and the richness in all the other characters that Alex Karev helped bring out will be lost. Something really remarkable about GREY’S and the show’s amazing development of such a character will be missing. The show can still go on and still be good, and I’ll enjoy it even, but something will definitely be missing.
on Saturday, January 11, 2020