The Hollywood Foreign Press Association (HFPA) love to hand out Golden Globes to shows and performers who haven’t won before. And I think this year, we’ll see a lot of that again—no repeat wins in fact. Here’s how I see things going for the television categories at this Sunday’s 77th Golden Globe Awards 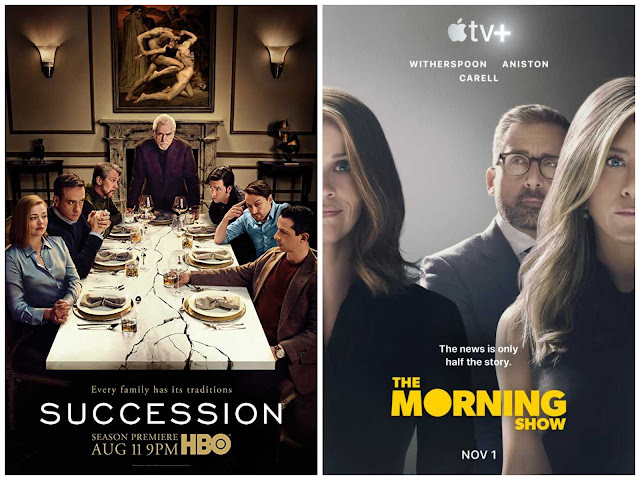 This one really should go to SUCCESSION. Even though THE CROWN does come close, SUCCESSION really did stand out this year, and I think the HFPA will see things that way as well.

Olivia Colman deserves this for her incredibly restrained, yet marvelously moving performance as the queen. But Jennifer Aniston also deserves this for her power-packed performance in THE MORNING SHOW, conveying all of Alex Levy’s ambition, desperation, exasperation, rage and ruthlessness so well with just her eyes. And I think Aniston will win. She’ll bring the star power to the stage, and this—her first TV lead role since FRIENDS—and THE MORNING SHOW itself, have been among the most talked about TV phenomena of the year.

Brian Cox could win this if the HFPA want to go all out with their appreciation of SUCCESSION. However, I think Billy Porter will win this. 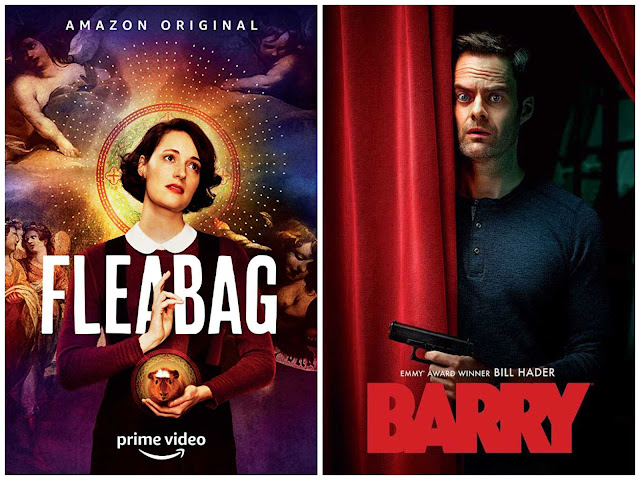 This is FLEABAG’s and Phoebe Waller-Bridge’s year. FLEABAG is winning this. I don’t think anyone expects otherwise.

This is Phoebe Waller-Bridge’s year indeed. All odds are in her favor. She’s winning this for sure and she deserves it.

Michael Douglas could win again, but the HFPA tend to not repeat winners in categories (at least not in the last decade or so for lead actor, comedy). In fact, their love for first-time nominated performances opens this up to Ben Platt, Paul Rudd and Ramy Youssef. However, I think they’ll give it to Bill Hader since he lost out on the Globe last time. 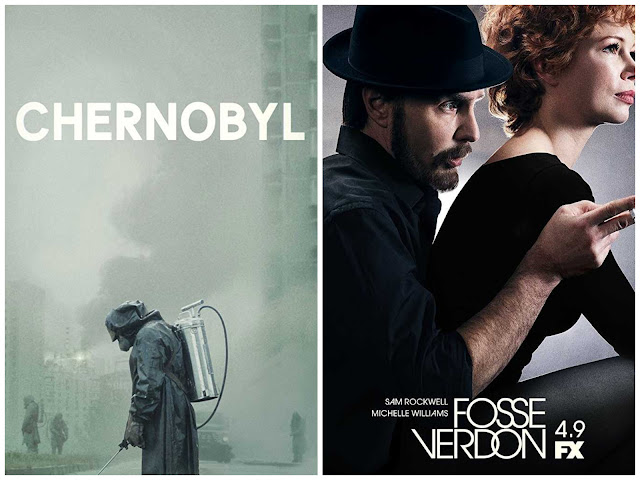 The HFPA do have a tendency to award series and performers who haven’t been recognized yet at any major awards show. If they’re to live up to this, they’ll go with UNBELIEVABLE. Though I suspect that the awards favorite CHERNOBYL will take this home.

Michelle Williams will win this one. UNBELIEVABLE stands a good chance, but votes split between its two nominees will be Williams’ gain. Besides, FOSSE/VERDON has received tremendous critically acclaim after being considered underrated.

Again, if the Globes want fresh winners, this will go to Sacha Baron Cohen. However, a fresh winner would also be Jared Harris, since he lost out on the Emmy for CHERNOBYL. Whether or not that’s the reason he’ll win, I still believe the odds are in his favor.

All odds are in favor of Andrew Scott, who did indeed add exceptional value to an already brilliant series. I think he should win and I believe he will.

This will come down to either Meryl Streep or Helena Bonham Carter. While Streep was exquisite in BIG LITTLE LIES, it will be painful to see Bonham Carter not win for her layered and complex performance in THE CROWN, especially since this gem of an actress has never won a Golden Globe (or even an Oscar or an Emmy for that matter!) I’d put my money on Helena Bonham Carter winning.