GREY+SLOAN WITHOUT THE GREAT DR. GREY

The Grey+Sloan residents need to be taken down a peg or two, and I’m so glad Chief Bailey is taking the appropriate action. And no, she wasn't too harsh in firing [spoiler]. Here’s why, as we look at how GREY’S season 16 is getting better

After the debacle that was the season 16 premiere, GREY’S ANATOMY has managed to redeem itself over the last two weeks. The second episode in particular was more in line with the GREY’S that we’ve known and loved. I particularly liked the way my current favorite couple—‘Amelink’—decided to [spoiler alert] keep the baby. They could’ve easily gone down an emotionally draining path, with Amelia fretting over facing child-bearing possibilities, after her tragic first delivery (which we saw in PRIVATE PRACTICE). Even Link’s concerns about having a child after his own childhood cancer were very valid. Things could have gotten really intense, but the scenes in episode two, in the plant room and then on the bench outside were beautifully positive and full of hope, despite being emotional. A part of me still thinks that there was a lot of scope for this relationship in the light, casual and romantic space before they got into this serious territory. Yet, I like the handling of it. It’s good to still see an exciting spark between Amelia and Link even in their more tender moments. 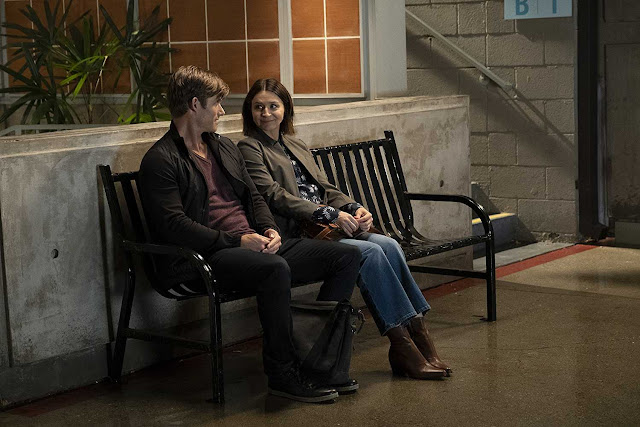 It’s also refreshing to see that they’re not in a rush to bring Richard and Alex back to Grey+Sloan. It’ll be good to see them actually turning Pacific-Northwest General around before they’re done there. Also, I was impressed that storyline featuring the mini CHARMED reunion—guest stars Alyssa Milano and Holly Marie Combs playing sisters—was kept for the ‘lesser hospital’, giving Webber and Karev a significant ‘case of the week’. I would like to see them take on some groundbreaking surgeries or some game-changing clinical trials or something to start putting this hospital on the map. Although, what was that about Richard going out to lunch with this friend he's reconnected with? It's suspicious obviously because it's clear that things aren't great between him and Catherine right now. I just hope they don't mess things up with that relationship—one of only three ongoing relationships that have survived the test of time so far. 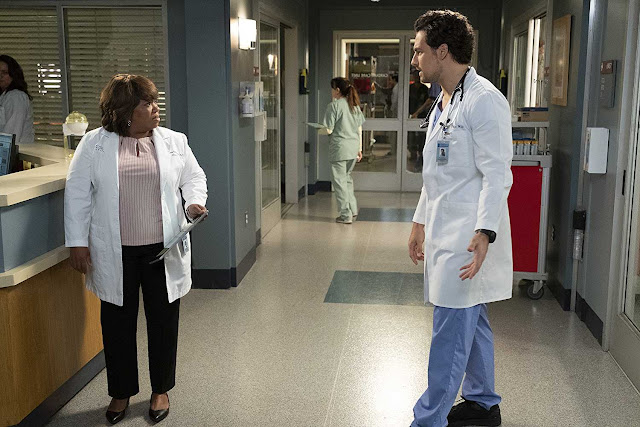 Meanwhile in Grey+Sloan, Bailey is not letting the absence of Grey, Karev and Webber stand in her way or her hospital’s way. It’s great to see Bailey as the teacher and mentor that we’ve loved since the very first episode of the show. She knew what she was doing when she assigned the anastomosis to Helm. And, of course, we all know that she was the mentor of the great Dr. Grey and even Dr. Karev. So it made my blood boil when DeLuca had the audacity of questioning her, and, worse, accusing her of denying him opportunities just because he was dating Grey. I mean, who the hell does he think he is! If Bailey was incapable of being objective, she wouldn’t fire her most-loved protégés and her mentor, for what were understandably fire-able offenses. And this thick-headed, arrogant thinking by DeLuca is just one of the things that make me hate ‘MerLuca’. He used to be kind, considerate, respectful, and endearing even. But his romance with Grey has turned him into an obnoxious and arrogant ass, who feels like he’s entitled to get what he may not even deserve. He started with feeling entitled to be with Grey, and now it’s like he feels he’s entitled to get things because of the fact that he’s with Grey. And what’s with his disrespect! Old DeLuca would’ve never been disrespectful towards Bailey, but now that he’s with Grey, it’s like he thinks he’s the cat’s whiskers!

Then in last week’s episode, Qadri—of all people—went whining to Bailey about her decision to fire the great Dr. Grey, who was the reason why she and others chose this program. It was, firstly, not her place to even comment on this, and where does she get off talking to Bailey like that! So when Bailey fired her sorry ass, it was more than warranted. I literally clapped when Bailey said that being fired was the one thing that Qadri now had in common with Grey. Bailey shouldn’t take any of this insubordination lying down. She doesn’t need to tolerate this disrespect, and I’m so glad she isn’t. Moreover, it’s not like she didn’t have to answer for the misdeeds of her surgical staff. Dr. Catherine Fox held her somewhat accountable, and instated Tom Koracick as the Catherine Fox Foundation’s eyes and ears in Grey+Sloan. If Bailey were to turn a blind eye towards her surgeons’ poor conduct, she wouldn’t be the Bailey that we know. I just hope she doesn’t succumb to pressure and feel compelled to hire Grey or anyone else back. If they want back in, even the great Dr. Grey needs to earn it.
on Monday, October 14, 2019