THE 2019 PRIMETIME EMMY PREDICTIONS—'GAME OF THRONES' AND 'VEEP' AGAIN?

The Television Academy’s farewell love letter to Westeros and its folk has been felt throughout the categories this season, with GAME OF THRONES’ 32 nominations overall, and 10 wins already at last week’s Creative Arts Emmys. It seems quite likely that it’ll take home outstanding series, but will it sweep the acting results as it did with the nominations? I suspect not. Though I do think that there will be several repeat wins, along with a sprinkling of surprise announcements when the 71st Primetime Emmy Awards unravel this Sunday. Read on for more predictions 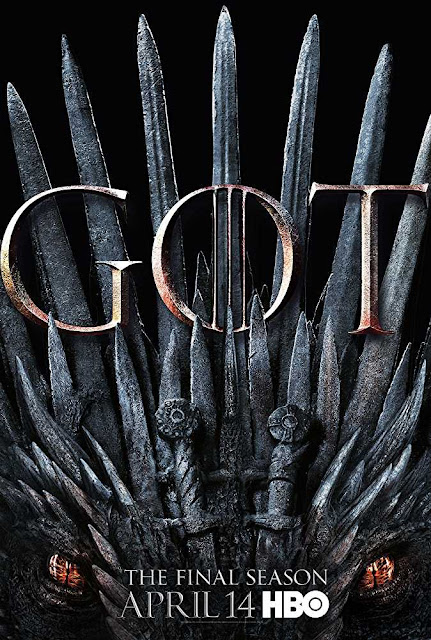 SUCCESSION should win this, or KILLING EVE, or maybe even BODYGUARD. It would be refreshing for the Academy to not go the predictable route for outstanding series, especially considering that the final season of GAME OF THRONES left us much to be desired. However, I think they really will give it to THRONES again, for the fourth and final time.

Sandra Oh is winning this. Even though Emilia Clarke is probably the most worthy of an Emmy from among all the GAME OF THRONES actors and actresses nominated for season eight, I think Oh will win because she truly deserves it. Moreover, after her Golden Globe win and all the escalating buzz around KILLING EVE, it makes me quite sure that portrayer of the titular Eve will take it away.

This is Kit Harington’s first lead actor nomination for THRONES, so maybe he'll win. He’s a popular favorite, I’m sure. However I don’t think it’ll be him. On the other hand, the other nominees haven’t had much luck before in this category, or didn’t have roles that were meaty enough this season. I doubt Sterling K. Brown will win again. But I do think that Bob Odenkirk is due for an Emmy for BETTER CALL SAUL, and this seems as good a year as any for him to take it home.

The overwhelming presence of GAME OF THRONES is obviously a shout-out by the Academy for the show’s swan song, and maybe that’s all that their intention is. Because while all the four THRONES nominees have deserved this win at some point or another through this series, I don’t believe the final season is it. Yet, Maisie Williams could win, as a fan favorite and a general favorite. And Arya Stark did [spoiler alert] kill the Night King. However, I’m going to go out on a limb and say that it’s going to be Fiona Shaw. She steals every scene she’s in on KILLING EVE, with her calm, restrained yet commanding demeanor, and the Academy has been known to surprise us with unexpected wins.

This one will go to one of the Lannister brothers. I believe Nikolaj Coster-Waldau deserves it more, but Peter Dinklage has won this thrice before, and he’s most likely to take it home again.

This one’s definitely going to “The Long Night”. To pull off an episode like the battle of Winterfell was a herculean task, and Miguel Sapochnik did a terrific job managing the scale, the numbers, the tension, and each character’s role in it. This is one category that will most certainly go to GAME OF THRONES.

I believe SUCCESSION’s first season finale deserves this, for building up the tension of something imminent, and then taking an absolute 180 without meddling with the narrative’s impact. I believe the Academy will see this too. 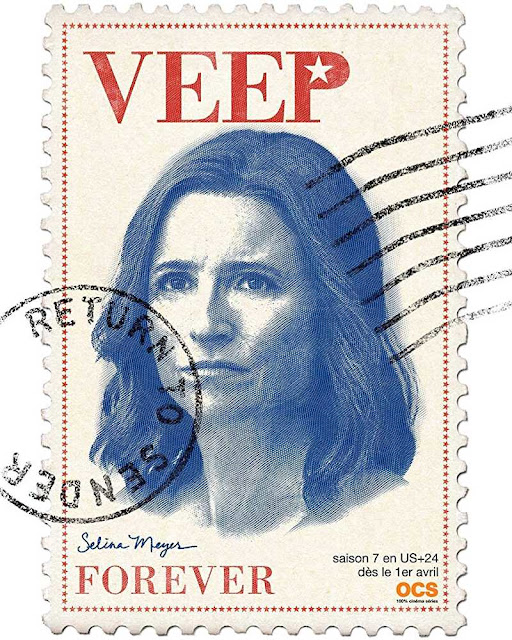 Such a strong year for comedy! I believe FLEABAG and MRS. MAISEL are most deserving of this, while others are pretty strong as well. However, VEEP delivered a decent swan song, and the Academy will most likely give it to them a fourth time, since they love repeating wins in the outstanding series categories.

It will be quite shocking if Julia Louis-Dreyfus doesn’t win this, after having won for all of VEEP’s previous six seasons. Rachel Brosnahan did strike gold last year, and definitely deserved it, but are we sure her chances weren’t strengthened by VEEP not being eligible? We’ll never know because that was a different season. This year though, Louis-Dreyfus will take it away a seventh and final time for her turn as Selina Meyer. If she does, it’ll make it her ninth acting Emmy overall!

Michael Douglas will add to the gold he won at the Globes.

This is a hefty category—so many incredible nominees. I want Olivia Colman to win, but even Sian Clifford was incredible in FLEABAG. Last year’s winner Alex Borstein could also score big, but I think Marin Hinkle is more deserving for MRS. MAISEL’s second season. Let’s hope Colman takes it home. This will absolutely be her year if she does, adding to her Oscar win earlier in the year.

The odds are definitely in the favor of BARRY, with three nominations up there, but the Academy should award Tony Shaloub for his terrific work as Abe Weissman. Something tells me they will.

This could go to BARRY, or even FLEABAG, but THE MARVELOUS MRS. MAISEL will take it home.

This should go to FLEABAG, and I suspect the Academy will recognise it for its brilliance in conveying depth through simplicity and restraint. 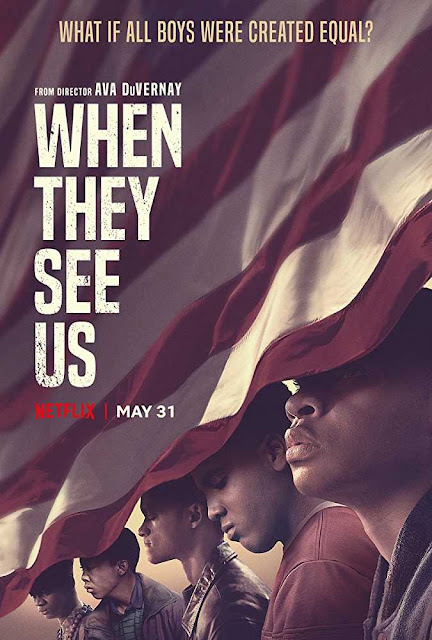 This is a tough one. It’s between CHERNOBYL and WHEN THEY SEE US. Both have political steam, so the question is, will it be an anti-Russia sentiment, or matters of race that will be seen as stronger. I believe the Academy will see WHEN THEY SEE US.

Patricia Arquette won a Golden Globe for ESCAPE AT DANNEMORA, and I think the Emmy will be hers for it too.

I believe it’s between Jared Harris and Jharrel Jerome. It’s a tough call. If the Academy goes with the more intensive performance, this will be Jerome’s, for portraying the disturbing and heart-breaking agony of Korey Wise’s imprisonment, through isolation et al.

Like Arquette, Clarkson will also add to her Golden Globe win, by winning the Emmy for SHARP OBJECTS.

This race is wide open. I’d be surprised if one of the WHEN THEY SEE US actors don’t win, even though the list includes Golden Globe winner Ben Winshaw. I think it’ll be Asante Blackk.

Outstanding Directing for a Limited Series, Movie, or Dramatic Special
A VERY ENGLISH SCANDAL
CHERNOBYL
ESCAPE AT DANNEMORA
FOSSE/VERDON “Glory”
FOSSE/VERDON “Who’s Got The Pain”
WHEN THEY SEE US

I think this will go to CHERNOBYL, for the scale, the visuals and the complex portrayal of the time and the place, and the politics.

WHEN THEY SEE US will win this for the moving, gut-wrenching masterpiece that its finale was.

If we go by the last two years' winners—BLACK MIRROR’s San Junipero and U.S.S. Callister—this one will go to Bandersnatch. However, with no nominations for directing or writing, BLACK MIRROR could lose out. I suspect Brexit will win.

What are your predictions for Sunday's Emmys? Scroll down and comment below. 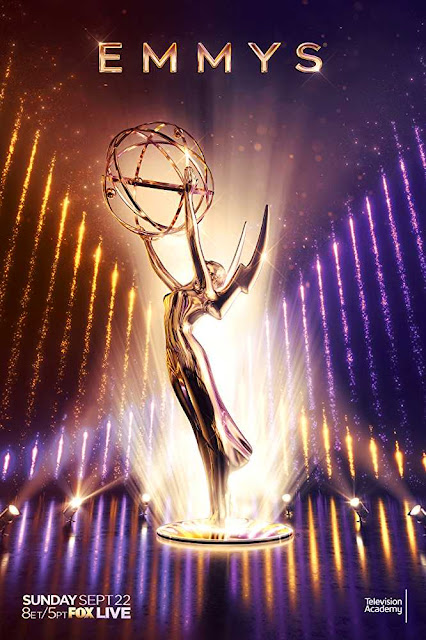 Outstanding Guest Actress in a Drama Series
Jessica Lange (AMERICAN HORROR STORY: APOCALYPSE)
Carice van Houten (GAME OF THRONES)
Laverne Cox (ORANGE IS THE NEW BLACK)
Cicely Tyson (HOW TO GET AWAY WITH MURDER)
Cherry Jones (THE HANDMAID’S TALE)
Phylicia Rashad (THIS IS US)

Email ThisBlogThis!Share to TwitterShare to FacebookShare to Pinterest
Tags: Awards, Emmys, Game of Thrones, HBO, Killing Eve, Netflix, predictions, Primetime Emmys, Succession, The Handmaid's Tale, The Marvelous Mrs. Maisel, This Is Us, When They See Us