OSCARS 2017 PREDICTIONS: WHO SHOULD WIN AND WHO WILL WIN

Will La La Land make a clean sweep at the Oscars this Sunday? I think it’ll win 9. Here are my predictions for the 89th Oscars—who should win and who will win 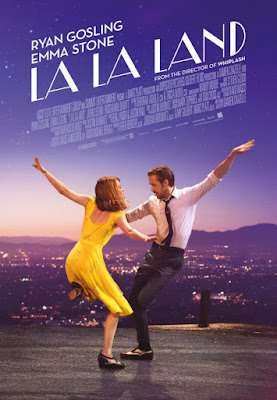 Should And Will Win: In an interesting race for best picture, it seems quite clear that this is going to be La La Land’s year. Some say that the overwhelming recognition that the contemporary original musical has been receiving at all the guild awards, the Golden Globes and the BAFTAs, will take away from its chances at the grand finale of this awards season. However, I think La La Land is far from the fatigue level that the above awards experts are suggesting.
If a film comes close, it’ll be Moonlight. I just hope that Manchester… doesn’t become the upset here. The film is good and incredibly moving, but I don’t think it’s best picture material at all. All things considered, La La Land is the standout this year, and I do believe that it will become the first out-and-out musical to win best picture since 2002’s Chicago. 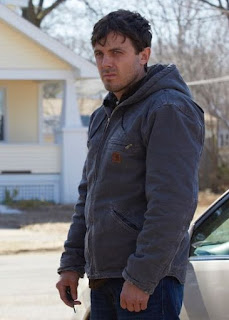 Should And Will Win: Casey Affleck’s turn as a guilt-ridden man, who has little to live for and is presented with the challenge of being his nephew’s legal guardian after his brother dies, was silent, yet incredibly strong. It was a role that could have easily gone over-the-top, but with director Kenneth Lonergan’s fine guidance, Affleck managed to deliver a performance that reflected pain, heartbreak, defeat, with incredible restraint. The quiet persona he helped build is all that made the film what it was.
The upset here could be Denzel Washington, who won the SAG Award. Considering that a lot of the SAG-AFTRA members are also Academy members, this is a possibility. If it does happen, Washington will join the likes of Daniel Day Lewis and Jack Nicholson, who have each won three Oscars for acting. 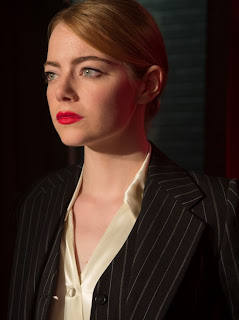 Should Win And Will Win: Emma Stone has been one to look out for, for years. And this year, with the vulnerability she brought to Mia in La La Land, it ought to be her. The struggle and self-doubt of a dreamer and girl in love was presented in a raw and beautiful way, with her delicate and refined delivery.
Isabelle Hupert, who won the Globe for lead actress, drama, could be the upset here, making her the first performer to win an acting Oscar for a foreign language film, since Marion Cotillard won for La Vie En Rose (2007). 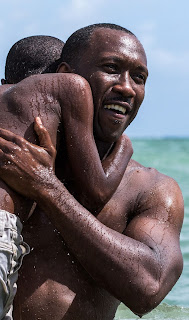 Should Win: With Lion, Dev Patel has come of age. He took on a challenging role that has so much of him just being in his own head and unraveling, without much to say or a lot to do. He conveyed with conviction the frustration of not being able to find his original family, and the depth of what it meant to him to do so. I think if delivering a breakout splendid performance means anything, Patel should win this one.
Will Win: This one is Mahershala Ali’s to lose. He’s won all the big awards in this category, and giving it to him will be one way to recognize Moonlight, a brilliant movie, which won’t win too many Oscars on Sunday. The odds are in his favor even though his performance wasn’t exemplary. It was good and sufficient, but it was the bare minimum I would expect from a role like his. 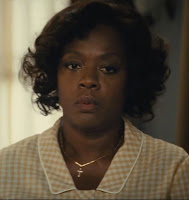 Should And Will Win: This will probably be the first category that’ll be announced on Sunday, and Viola Davis could win this thing simply for her delivery in the clip that they’ll show when announcing the nominees. The clip will be the one where Rose is yelling at Troy, releasing years of frustration, after the heartbreak of finding out how simple it was for Troy to be unfaithful and even justify it to himself. This is Viola’s year, and when she does win, she’ll join the elite group of the ‘Triple Crown Of Acting’ (comprising performers who have won an Oscar, an Emmy as well as a Tony). It will also put her one step away from becoming an EGOT (Emmy-Grammy-Oscar-and-Tony winner). 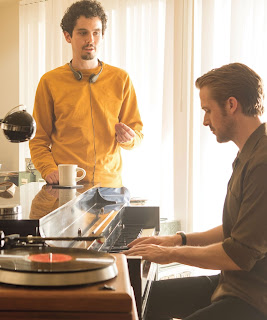 Should And Will Win: This is a strong group of contenders. And while Barry Jenkins’ breakthrough Moonlight could win, I strongly believe this year is Damien Chazelle’s. His perfection of conveying a simple theme beautifully and effectively, in Technicolor splendor, and successfully presenting a marvelous contemporary musical, is going to be rewarded. He will also become the youngest person ever to win an Oscar for directing.

Should Win And Will Win: Moonlight will make history by becoming the first ever film to win an adapted screenplay Oscar while having won for original screenplay at the WGA Awards. This is owing to the fact that the Academy deemed it to have been inspired by some source material, hence putting it in adapted screenplay. This will be upsetting for Arrival and Lion, both of which would be the next best contenders to win this. Moonlight is the second most likely film to win best picture, after La La Land, and this win will be as close as Moonlight will get.

Should Win: La La Land is a wonderful story, with nuanced and flawed characters, and doesn’t end in a predictable way. It speaks to people in a familiar way, and shows perspectives of relationships and destiny that are rarely seen. I think it’s a breakthrough in storytelling, in a lot of ways, which is why it should win. However, since it’s winning best picture, I think this will go to…
Will Win: …Manchester By The Sea. It’s the closest contender after La La Land and Moonlight, so I think this win will be in lieu of a best picture Oscar.

Should And Will Win: Capturing the colors of the California sky, framing the long and tight shots as appropriately as required for the narrative, the filmography of the musical numbers and the presentation of the ‘La La Land’ will win. Moonlight’s intrusive and disturbing camera work could win, and it even comes close to really deserving this. However, I think this category will be a part of La La Land’s sweep this Sunday.

Should And Will Win: La La Land’s sweep will continue. Arrival could be the upset, but I doubt it. 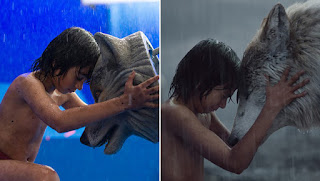 Should And Will Win: The Jungle Book did wonders. Its visual effects were practically the entire film. There couldn’t be any film more deserving.

Should Win: If Hacksaw Ridge wins anything, it should win this one. The snappy editing through the battle sequences drove its edge-of-seat moments. The editing was totally in-sync with the direction, and editing became one of the most crucial parts of this movie.
Will Win: Perhaps for flawlessly stitching together the opening number like a one-shot performance, perhaps for matching the musical storytelling, and perhaps for handpicking the best-looking shots for each scene, La La Land will win. I hope Hacksaw upsets this.

Should Win: Arrival, for creating original, yet strangely ‘realistic’ sounds of the alien life in the film
Will Win: Hacksaw Ridge, for the intense battleground sound effects

Should Win: The result of Hacksaw Ridge’s sound mixing formed the gripping backdrop of the battle sequences, which are largely without dialogue. The sound editing was instrumental in putting those scenes together.
Will Win: La La Land, for the flawless coming together of music and effects

Should And Will Win: Even if, by some slim chance, La La Land doesn’t win anything else, it will win definitely the Oscars for original score and song.

Should And Will Win: Same as above! This one will go to ‘City Of Stars’. I don’t think anyone expects otherwise.

Should Win: This is a tricky category. The costumes in each of the above movies do their job. I would probably like to see this one going to Fantastic Beasts, for excellence in original design. Allied would be a close second for me.
Will Win: I think Jackie will take this one, for successfully replicating the style of one of America’s biggest fashion icons of all time. As with Florence Foster Jenkins, as well as Jackie, the factor or recreation or replication is what makes me think it shouldn’t be either. There is a chance that La La Land could take this one as well, for its simple, yet effective costumes. However, I think it’ll be Jackie, even if it’s just for recreating the former first lady’s pink skirt-suit.

Should And Will Win: Star Trek Beyond for its brilliant prosthetic and special effect make-up