Photos, courtesy: AMPAS
‘Oscar winner Leonardo DiCaprio’…it feels really good to say that. And I was glad that he didn’t take “tonight for granted.” For me, the moments leading up to Julianne Moore’s presentation for best actor were as tense as the scene in which the bear mauled Leo in The Revenant. Up until then, I was calm. Even though Leo’s and Brie’s Oscar wins seemed to be the most predictable, if some of the other results announced up until then were anything to go by, anything could’ve happened with even best actor and actress.

THE BIGGEST SURPRISES
Among the biggest surprises of the night, for me, were Ex Machina winning for visual effects, in the face of all these epic movies that would’ve been impossible without the great visual effects they had. I was happy though. Ex Machina at least deserved that. Strangely, despite Mad Max: Fury Road sweeping as many as six Oscars, there was still a good mix of wining films.

Room, The Hateful Eight, The Big Short, The Danish Girl and Bridge Of Spies all managed to win at least one Oscar. In fact, Mark Rylance’s win for Bridge Of Spies was one of the unexpected results. Yes, he did win a BAFTA, but at the Oscars, I think everyone was sure that Sylvester Stallone would win.

But the biggest surprise was Spotlight winning best picture. It’s not like it didn’t deserve it, but a majority of people had their money on The Revenant. Many were even sure that Mad Max: Fury Road would take away the big prize, in addition to several other awards. The fact that neither The Revenant nor Mad Max: Fury Road were nominated for screenplay awards should’ve offered us a clue. If the Academy didn’t think they were among the year’s best-written films, they probably wouldn’t think of either as the year’s best motion picture either.

Speaking of screenplay, it was strange that they started the evening with Oscars for screenplay, since up until this year, it’s almost like tradition to start with one of the supporting acting 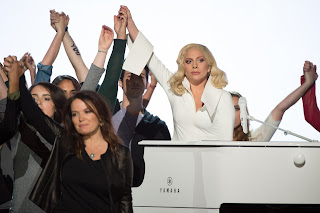 Oscars. Another big surprise was “Writing’s On The Wall” winning best original song, especially after the strength and social relevance of “Til It Happens To You” was brought out by Lady Gaga’s powerful and moving performance. On the other hand, Sam Smith’s performance was quite terrible. Maybe he was having an off day, but his live performance was really screechy and maybe even off-tune in parts—nothing like the recorded song.

THE SHOW
How much is too much talk about a socially relevant topic that caused controversy. I think the best answer to that was this year’s Oscars. Yes, they had to address the #OscarsSoWhite controversy, and given how the Academy hasn’t ignored it since the conversation started after the nominations were announced last month, we were all quite certain that they would even make a joke or two about it. But making the Oscars all about the diversity, ironically, made the show the opposite of diverse.

From host Chris Rock’s monologue and Kevin Hart’s moment on stage, to Academy president, Cheryl Boone Isaacs’ speech, and Sacha Baron Cohen’s presentation, it was all just too much. Yes, a few jokes on things like child labor in Asia were made, in poor taste even, but it was all just overpowered by talk about diversity.

Even if I have to ignore the lack of diversity in the material of the hosting, the presentations, etc, the jokes weren’t all that funny, except for maybe Chris Rock’s reference to Rihanna. “Jada [Pinkett-Smith] boycotting the Oscars is like me boycotting Rihanna’s panties. I wasn’t invited!” he said. 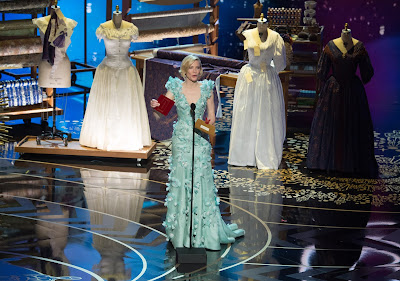 Rock did try something cute, with the scout girl cookies stunt—probably trying to create a moment like Ellen Degeneres’ pizza or selfie moment—but it wasn’t as effective as he maybe expected it to turn out.

Other elements of the Oscars viewing experience were thankfully up to the mark. From the opening montage and the orchestra’s performance to the set design and the presentation props (for costume and production design especially), everything was done with perfection. I even enjoyed the arrangements of Lady Gaga’s and The Weeknd’s performances.

THE ACCEPTANCE SPEECHES
Even Alejandro Iñárritu’s speech brought up the diversity issues. Although I liked the direction in which he took it, talking about working towards taking the world to a time when color of skin will become as irrelevant as the length of one’s hair. Among other good speeches was Mark Rylance’s.

It was refreshing to see others talk about other relevant topics. Vice President Joe Biden about sexual abuse, Sam Smith about the LGBT community, and of course, Leonardo DiCaprio taking the opportunity to talk about climate change—an issue that he is famously and passionately concerned about.

DiCaprio’s speech was also my favorite of the evening. I liked how he found a way to make his speech about The Revenant, but also making it about his career in a way that he knew that this win was long overdue. From thanking Martin Scorsese for teaching him so much about the cinematic art form, to his parents, and friends.

And that concludes another award season. Scroll down to see all the winners. (**these were my predictions)


Best motion picture of the year 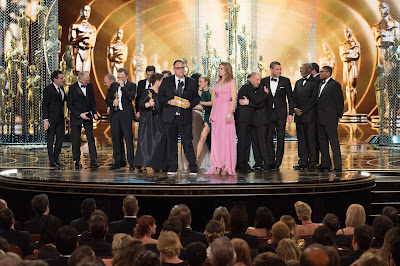 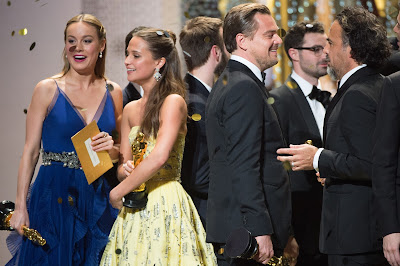 Best animated feature film of the year
“Anomalisa” Charlie Kaufman, Duke Johnson and Rosa Tran
“Boy and the World” Alê Abreu
“Inside Out” Pete Docter and Jonas Rivera**
“Shaun the Sheep Movie” Mark Burton and Richard Starzak
“When Marnie Was There” Hiromasa Yonebayashi and Yoshiaki Nishimura

Ennio Morricone’s score isn’t a great one, but it includes quite a distinctive, sinister and haunting theme, which is adapted well into other tracks as well, which is why I think the Academy will pick The Hateful Eight for this one. In my opinion though, it should be Carol. 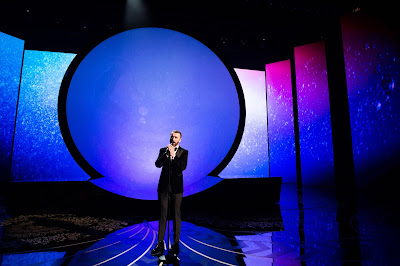 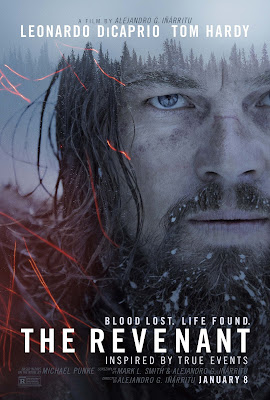 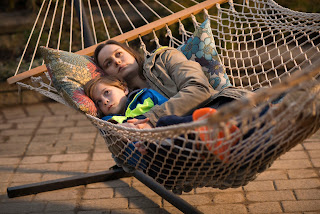 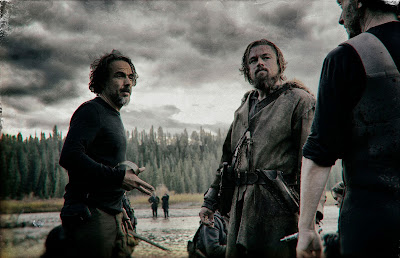 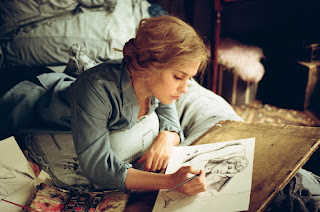 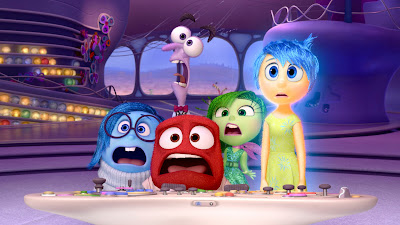