HITS AND MISSES OF THE 2016 GOLDEN GLOBE AWARDS

As usual, some presentations fell flat, and the hosting wasn’t entertaining throughout, but this year’s show had quite a few surprises in store for us. 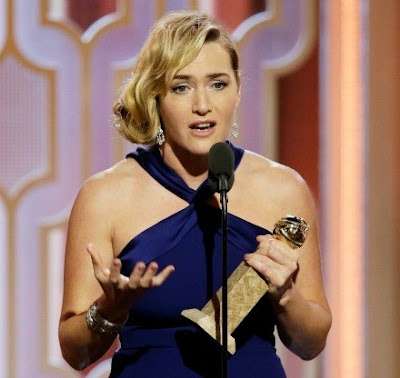 They call it the drunken Oscars, and when Ricky Gervais takes the stage with a glass of beer, you can see exactly why. The crux of his opening was that the Golden Globes aren’t a big deal, which he found many ways to reiterate and go on about throughout the show. It was funny initially, as it reflected his ‘I don’t give a shit’ attitude, and as someone who’s essentially a representative of the Hollywood Foreign Press Association, there was a kind of self-deprecating quality that made it particularly amusing, but the theme got old and fast. For a moment after his opening, I felt that this might make the first recipient a little conscious about making a big deal about winning, which might make them hold back a little, but Kate Winslet is too classy and professional to carry forward or even acknowledge any disrespect towards the HFPA when she’s being honored by them. So she went on to give an acceptance speech that reflected how she felt about winning, regardless of the tone Gervais had set. 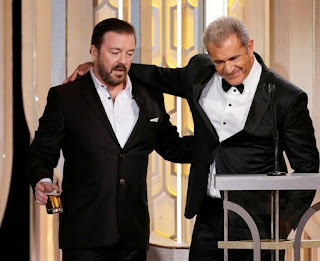 There were other things though that Gervais tackled well. His mention of Jennifer Lawrence voicing her thoughts on equal pay led to some politically incorrect humor about him getting paid as much as Tina Fey and Amy Poehler collectively got paid for the same job the previous year. That might have ticked off many, but I thought it was funny, and need not have been taken too seriously. His jokes about Mel Gibson, however, weren’t all that funny and seemed quite unnecessary, even if his deliberately taking away the glass of beer from in front of Gibson did make me smile a little. His introduction of Eddie Redmayne as a presenter was mildly amusing, but only if you perceived it as complimenting Redmayne’s performance as a transgender woman in The Danish Girl. 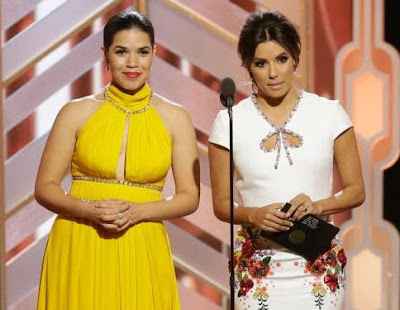 The presentations weren’t very indulgent this time, and largely stuck to the point, but a few of them did shine. I particularly enjoyed Eva Longoria and America Ferrara’s, which poked fun at racism and seemed spot-on. I also thought Jamie Foxx referencing Steve Harvey’s blunder when announcing this year’s Miss Universe was hilarious. He even quoted Harvey. “It’s on the card. I take full responsibility,” he said. There were a few presentations that were quite off, such as Mark Wahlberg and Will Ferrell’s, with them trying too hard to be funny, wearing those dumb ‘2016’ party prop sunglasses. Almost as silly was Andy Samberg pretending to have prepared to present the final award of the evening. Jim Carrey talking about being a two-time Golden Globe winner wasn’t as bad, but it was stretched too long.

Among the acceptance speeches, I genuinely thought that Leonardo DiCaprio, Kate Winslet and Jennifer Lawrence had the finest of the lot. It was quite admirable how Leo found a way to talk about issues close to his heart in the context of the film he’d won for. And Lawrence’s gratitude towards David O. Russell was nicely expressed, 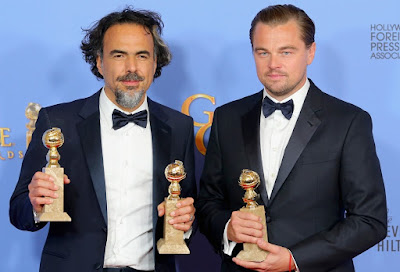 The results in general were quite surprising. I managed to predict only nine out of the twenty-five categories correctly, but I also stated that the Globes had become quite unpredictable lately. The biggest surprises for me were:

1. The Revenant winning best picture, drama, was quite unexpected. I must admit I haven’t seen the film yet, but I didn’t consider it a frontrunner. I really thought that it would be between Mad Max: Fury Road and Spotlight this year.

2. Jon Hamm’s win for MAD MEN. I thought especially since he’d won before, they wouldn’t bother giving it to him again, since MAD MEN was completely left out of the race for best drama series.

3. Maura Tierney’s win for THE AFFAIR was well deserved, but surprising, since the HFPA largely forgot about their last year’s best drama series when shortlisting down to the rest of the nominations this year. 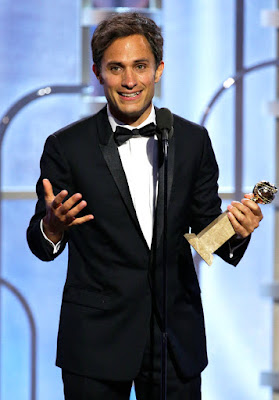 4. MOZART IN THE JUNGLE winning two big awards. It essentially became the BROOKLYN NINE-NINE or TRANSPARENT of 2016. It was not even among the top three frontrunners for best comedy series.

5. The Martian winning best picture, comedy, was surprising indeed. Not because it hardly seemed like a comedy. Remember when The Kids Are All Right won in the same category? That was quite an intense drama, which the HFPA called a comedy, so for The Martian to be categorized as comedy wasn’t all that unusual after that. Its win wasn’t a surprise because it didn’t deserve to win either, because it did. It was a good film. However, I really thought The Big Short would be this year's frontrunner. I was half expecting the HFPA to repeat what they did with The Hangover, giving the Globe to an out-and-out comedy such as Spy this year, but I wasn't surprised that that's not how things turned out.

6. Steve Jobs winning the Globe for best screenplay was definitely a surprise. Firstly, because it wasn’t as good as Aaron Sorkin’s work usually is. And secondly, this was the other category that I thought The Big Short would shine in. 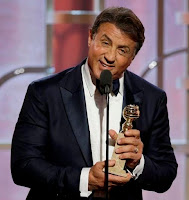 7. Sylvester Stallone winning for Creed was quite unexpected. I think it was just to extend some kind of courtesy to the veteran.

One thing’s for sure. Things could look a lot differently than one might have imagined, when the Oscars roll out next month. Frontrunners are changing quickly. While the SAG Awards on January 30 could shed some light on what might happen at the Dolby Theater, only after this Thursday’s Oscar nominations announcement will we know for sure if this year’s Golden Globe winning films will even be contenders.

Here’s a complete list of all the winners. (**These were my predictions.) 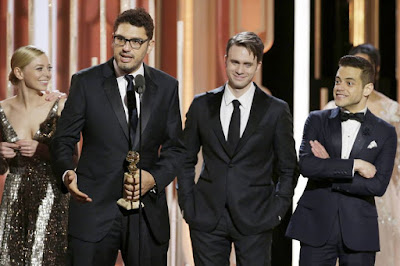 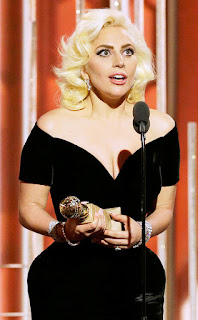 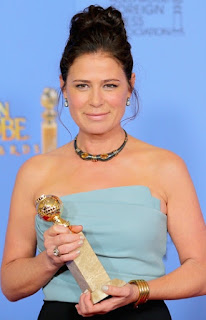 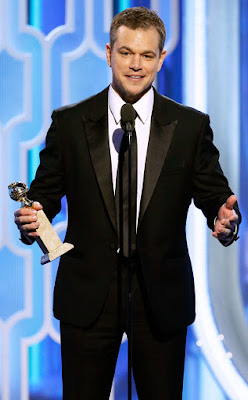