‘MAD MEN’ SERIES FINALE: THE END OF AN ERA

Don Draper created the Coke ad, revealed Matthew Weiner, the creator of MAD MEN, after Sunday’s series finale, which ended with slight ambiguity and a few happy endings. The finale was mostly a satisfactory end to an iconic and absolutely unique series, but it still left me a little dissatisfied 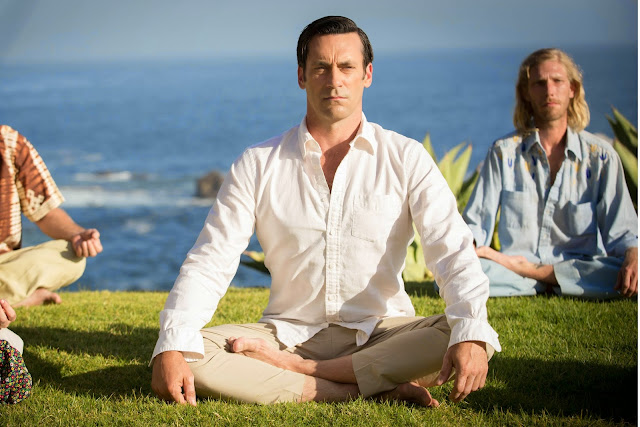 One of the most heartbreaking moments on MAD MEN’s series finale was the final conversation between Don and Betty, after he finds out that she’s dying. What was more heartbreaking than that was that Don didn’t insist on going back to be with her, and that he didn’t insist on being a father to their children, the way he should have. I don’t say this because it would be the right thing for a guy to do, but simply because I wanted to see that growth in Don, which would have leant meaning to his journey and to the depth in the character.

I always imagined that MAD MEN would end with Don going away from everything, in acceptance of being the loner that he was. It was something that we’ve been seeing since the beginning of the seventh season, last year, with Megan’s move to LA and Don trying to hold on to something that was already long gone. We saw it at the beginning of the final seven episodes as well. He was basically living alone and detached from everything. He was searching for what he wanted from life beyond all the accomplishments, trying to hold onto something that wasn’t meant to be his—in the form of Diana. I saw it as him trying to attach himself, not being able to accept the detachment that was meant for him. Yet, he couldn’t detach himself from his children. He spent time with Bobby and Gene, making them milkshakes and all. He took Sally and her friends out to dinner, and found it necessary to impart some wisdom to her, encouraging her to be more than she might be. His children seemed to matter to him more than his career, or any woman ever had. He even considered it important enough for them to know about his past, his real name and everything. And I thought that that would ultimately be the fate of Don Draper—accepting his loneliness but still not turning his back on his children. 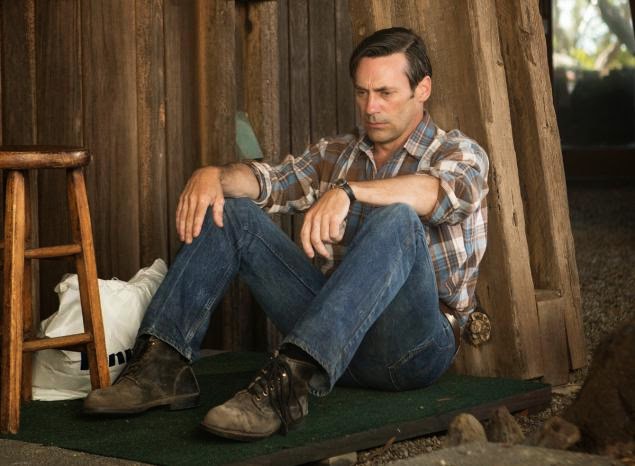 Moreover, I thought that his niece being ashamed of having turned her back on her child would become a strong reason for him to do the opposite of it. When he spoke to Peggy on the phone, he even talked about how scandalizing his daughter was one of his regrets, among the other things that he’d done to make a mess of his life. That conversation, I thought, would drive him to returning. We know that he eventually did return, because we know that the Coke hilltop commercial was his creation back at McCann-Erickson. Maybe he did go and be there for his children as well, but from how he accepted what Betty had told him about wanting things to remain ‘normal’, it’s quite clear that he didn’t. I don’t think that even the ambiguity of the ending—before or after Matt Weiner clarified that Don did create that ad—leaves his future with his children open to our imagination or interpretation. I didn’t necessarily need to see him with his kids or with Betty, but I would’ve liked it to have been a possibility.

What I did need to see, however, was more of Don with Peggy and with Roger, towards the end of the series. Unfortunately, there was very little for us to see of the most amazing relationship of the show—Don and Peggy’s, as friends, and as mentor and protégé. The beautiful moment that they had last year—the one where they dance in the office—could just as well have been the end of what we saw of them together, and that’s quite disappointing. With Roger, the sweet moment when he tells Don he’s with Megan’s mother, was all there was left for us to have seen them as friends. That the series finale didn’t give us even a phone conversation between them was really, really unfortunate.

And that’s the thing. While I agree that Don going away to find Diana, or find himself, or search for what else there was for him, was all important for his character, and for the story, but there was way too much time spent on that. His time with people away from home—the veterans, the housekeeping guy at the motel, the auto-mechanic guys, his hook-up, who tried to steal from him—could have been condensed considerably. Instead, we should have got more of Betty, Joan, Peggy, Pete and Roger, with or without Don. 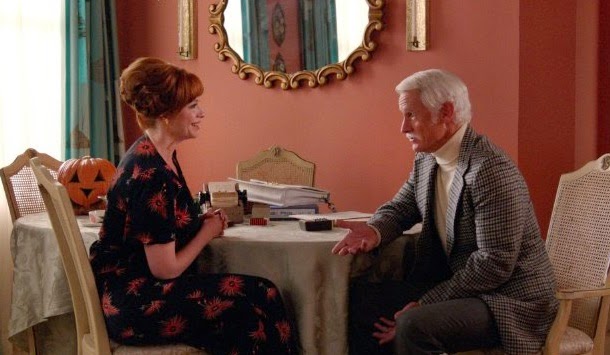 Roger Sterling
Finally, the most satisfying endings of the series were Joan’s and Roger’s, for me. Roger was finally happy with someone, who was his equal—someone closer to the kind of person he was than his last two wives were, and someone who could stand up to him and have an impact on him in ways that he allows no one to. Yes, a part of me was hoping that when he went to see Joan about their boy inheriting from him, it meant that he and Joan would finally realize that it was time to cut out all the nonsense and just be together. But it was good that that didn’t happen, because the way that it actually ended for both of them was pretty much perfect. 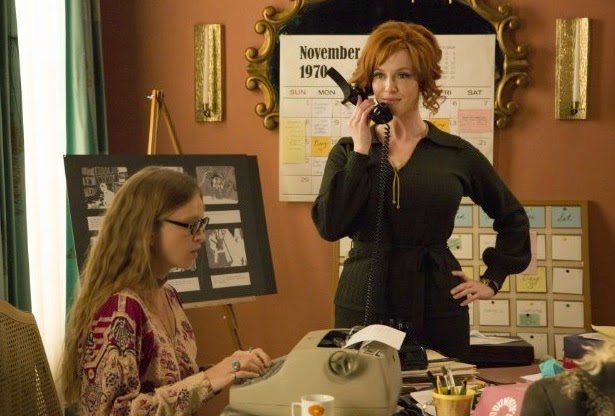 Joan Holloway-Harris and Richard were nice together, but right from the start, he wanted her to be something she wasn’t. He wanted her to be a person who would only have him as a priority and would embrace an early retirement, a life of comfort and no personal ambition. And Joan would not be any of those things. I’m glad they parted ways, even though it was sad to see her lose her companion, because seeing her as the person in control of her life and her career was even better. 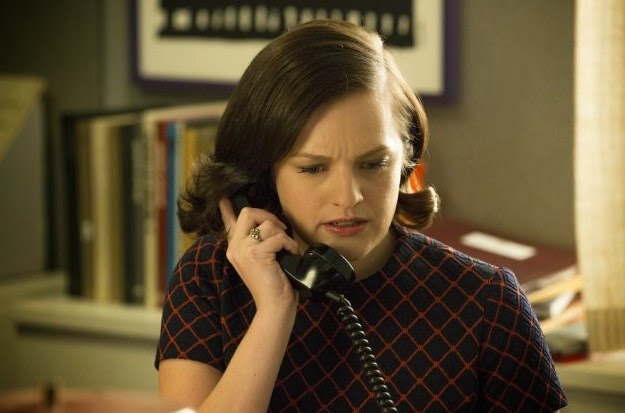 Peggy Olsen
I was really excited about the idea of Joan and Peggy striking up a partnership, so I was disappointed that it didn’t happen. I suppose Peggy had to stay on at McCann, because she and Don would work on Coke together, as her conversation with him suggested. So, professionally, I still liked where Peggy ended up. But I would’ve liked to see more of that. I would have liked to see her journey in the final episode to be more about that scene where she demands an acceptable explanation of why she was taken off an account, and then getting that account back. It was the key to her wanting to stay back at McCann. I would have focused more on that, and I would have dropped the part where she and Stan got together. It wasn’t as convincing as it probably could have been. When he admitted he had feelings for her, it almost seemed like she was trying to convince herself that she had feelings for him too. And that made their union feel quite forced and unnecessary. 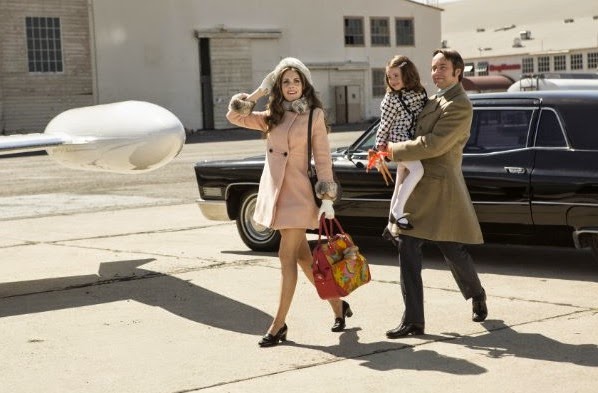 Pete Campbell’s ending was probably the most indulgent—a little too ‘happily ever after’ for a show like MAD MEN—but it was still nice to see him back with Trudy. They were always good together. He was an ass, and it’s good that he realized what he had lost and had the sense to take back what he had let slip away. 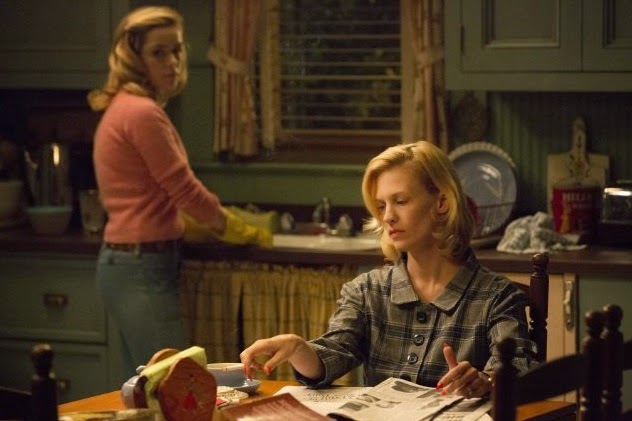 Betty Francis
The saddest was seeing how Sally almost took over from Betty. Whether it was her doing the dishes at the end, or taking over preparing dinner from Bobby earlier, it was really heartbreaking. Betty has been one of the strongest characters on the show and it’s been incredible to see her journey. It was gut-wrenching but really admirable, when, in the previous episode, she insisted on continuing college, staying true to everything we’ve known her to be, and that’s what we saw of her even in the finale.

MAD MEN may not have had the best ending, but it was perfect in many ways, and it’ll always remain a very special show for me, and for everything related to television.
on Saturday, May 23, 2015