Ahead of the DOWNTON ABBEY Christmas special episode 2014, and George Clooney’s appearance in the 'DOWNTON...' spin-off sketch for ITV’s annual Text Santa appeal for charity, let’s take a walk around Highclere Castle, the premises that are better known to the world as Downton Abbey. 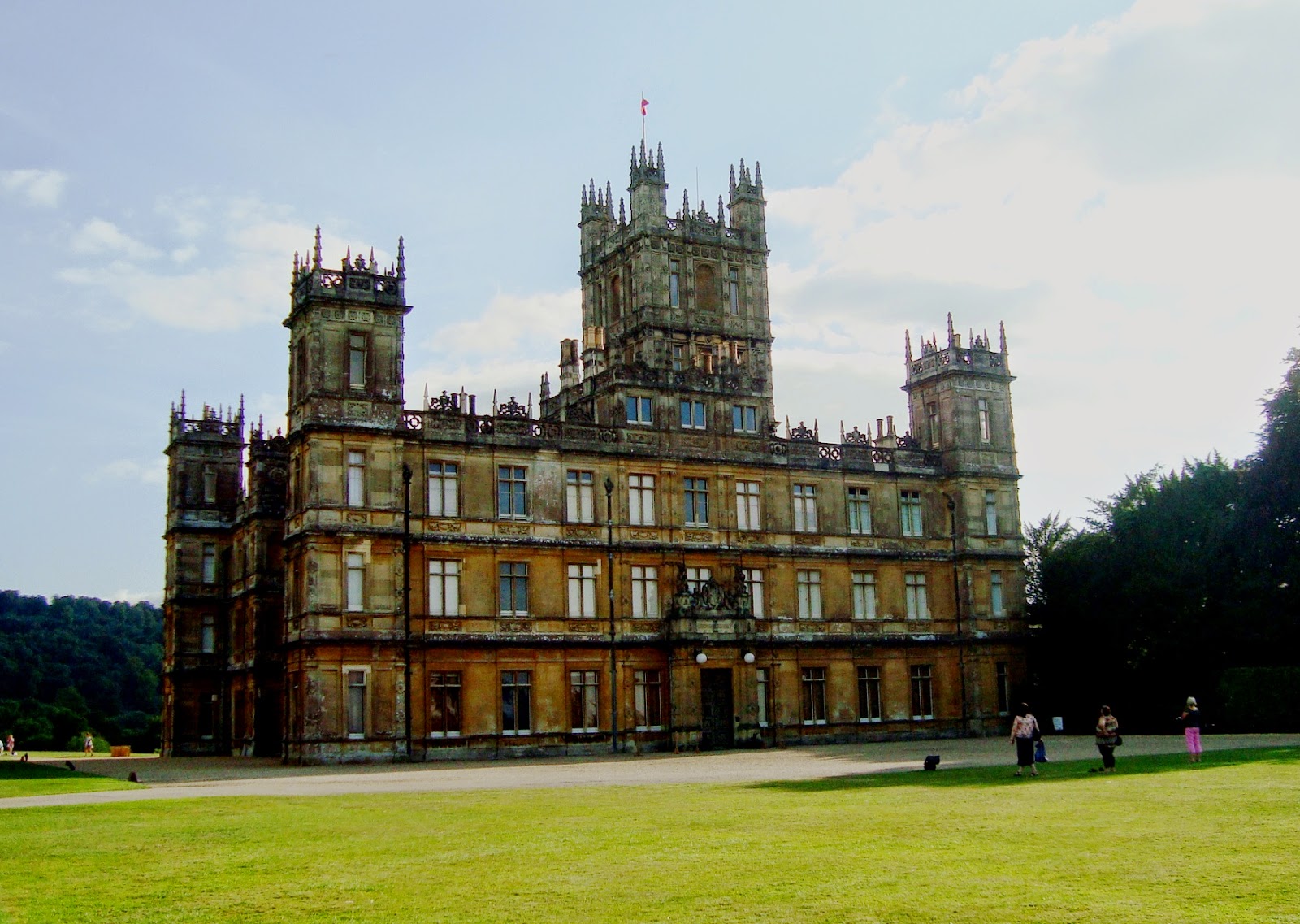 Before Oscar-winner George Clooney visited Highclare Castle earlier this year, to film his ITV spin-off sketch, I had the privilege of visiting the grounds of the Castle and taking a walk through the residence of the fictional Crawleys, as seen on ITV and PBS. The structure itself looks a little smaller up-close than it does on television. However, it certainly looks grander in reality. I went to Highclere last year in the summer, which is the best time to visit this attraction in southern England (incidentally, ‘Downton Abbey’ is not in Yorkshire, in northern England, as it is supposed to be in the series). Take a look through these photos that I absolutely loved taking. 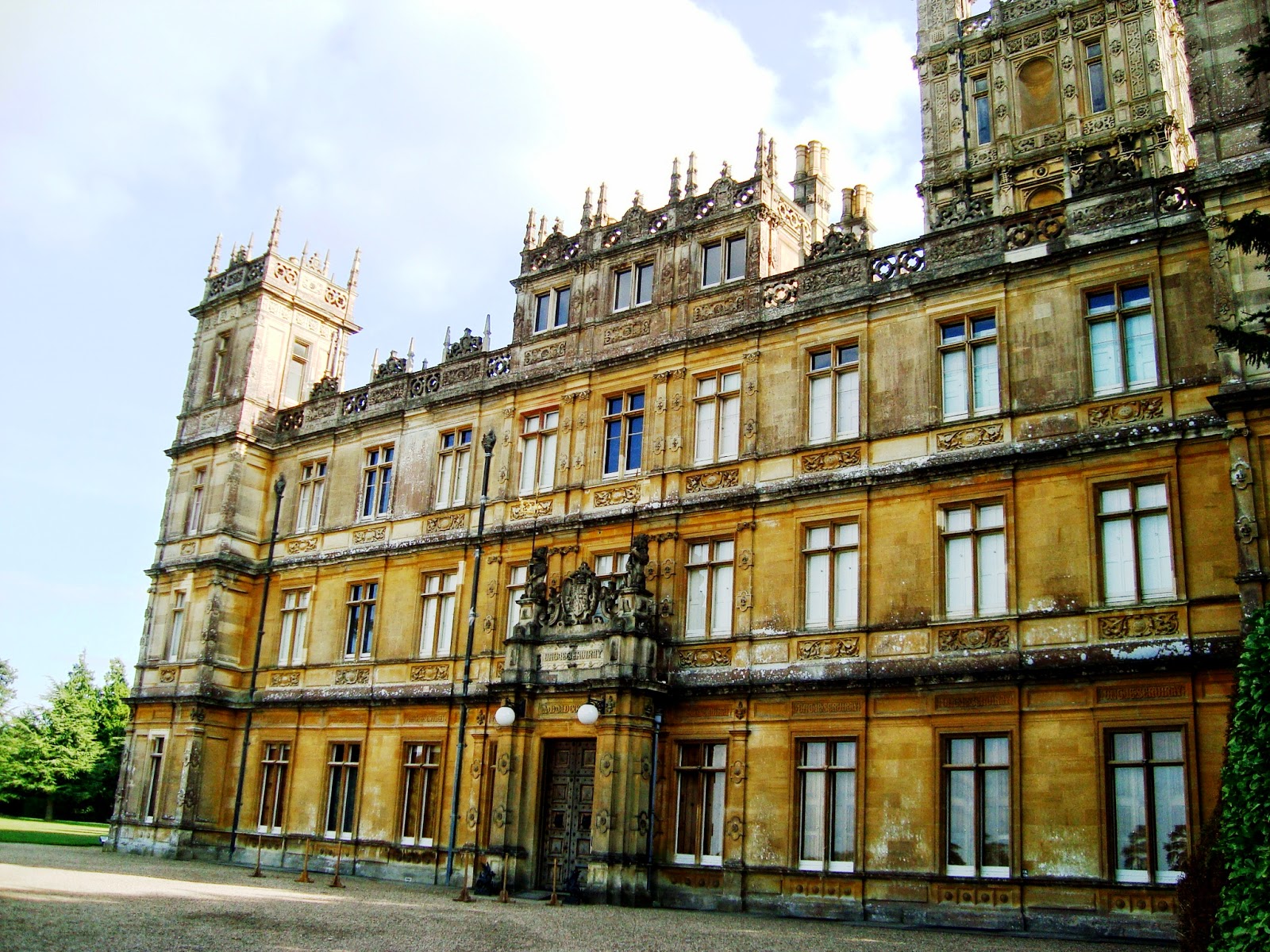 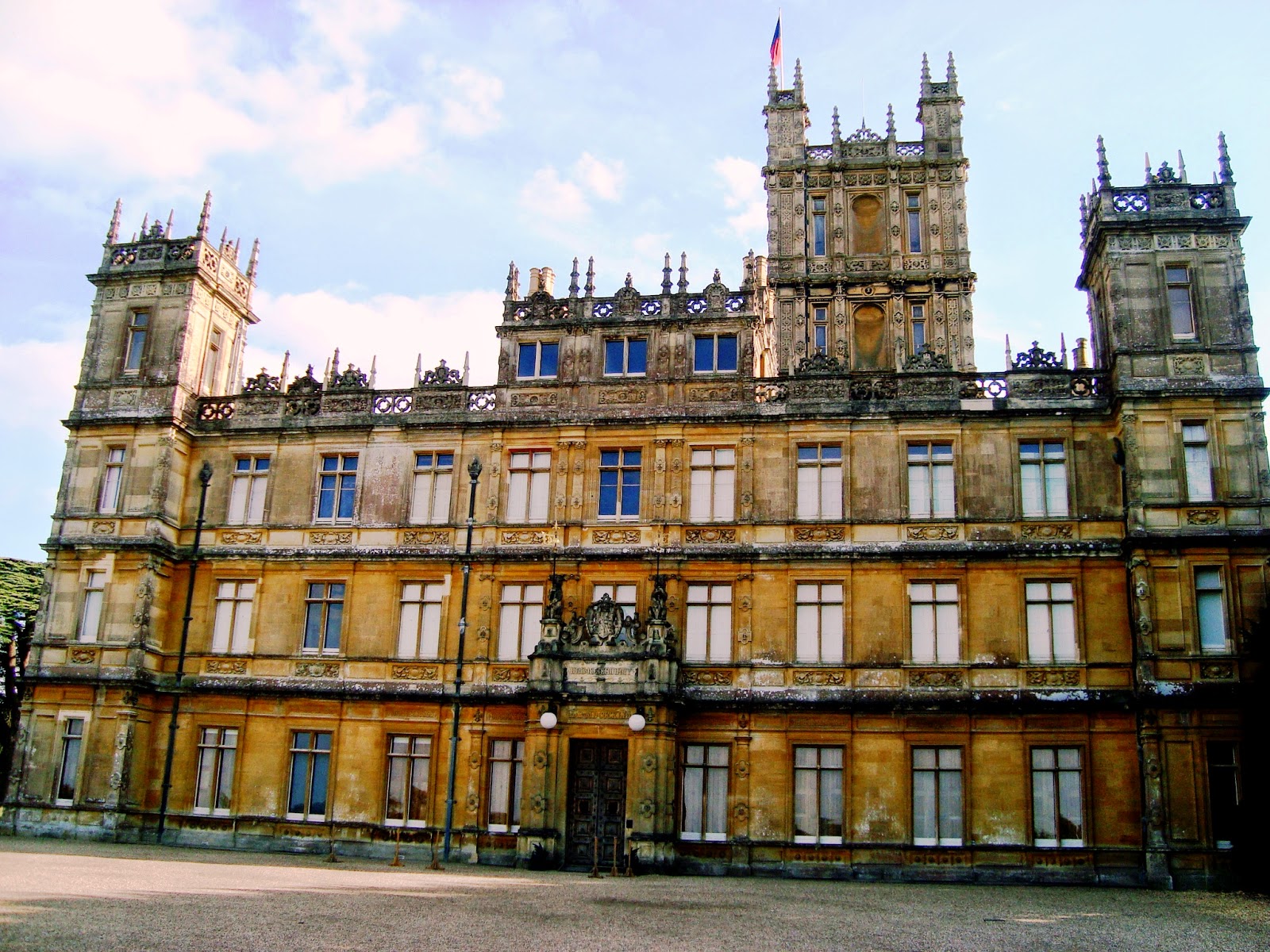 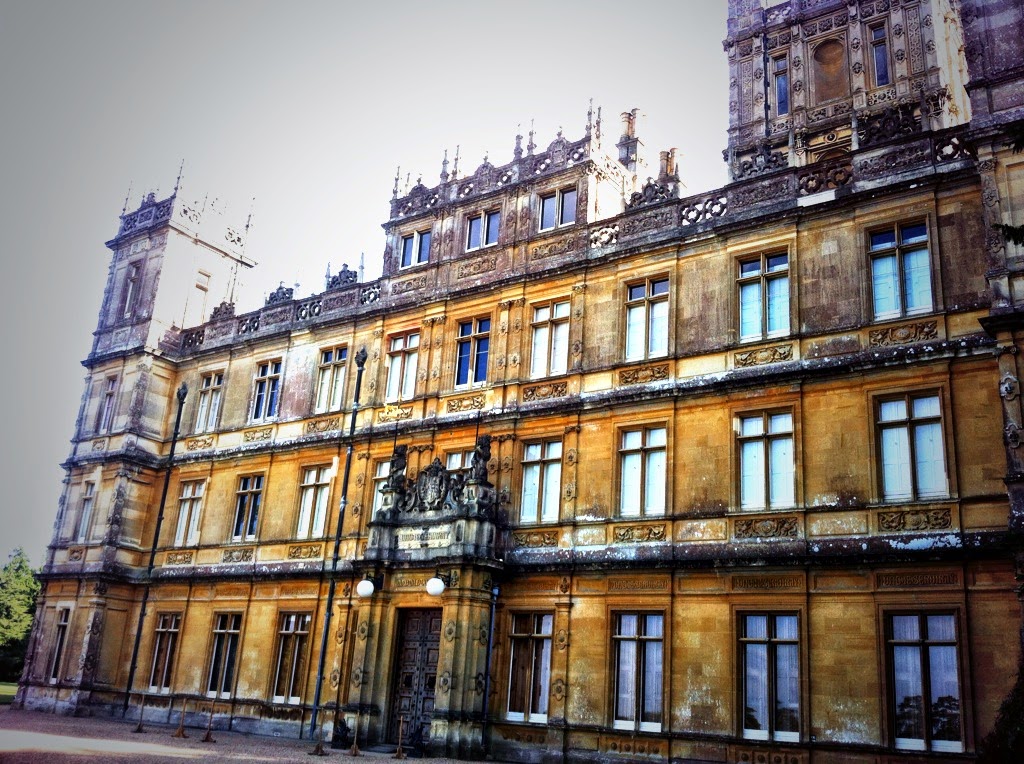 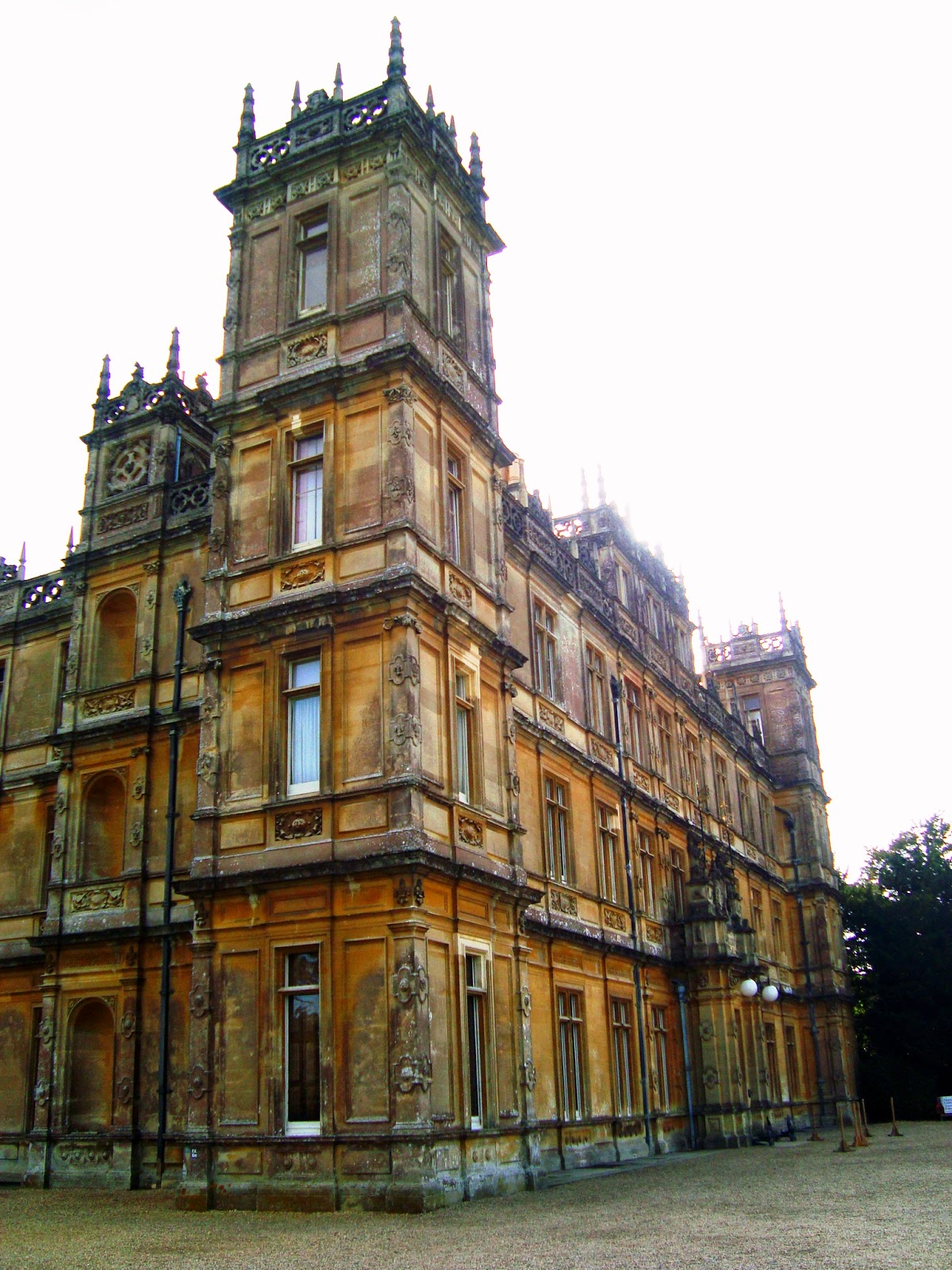 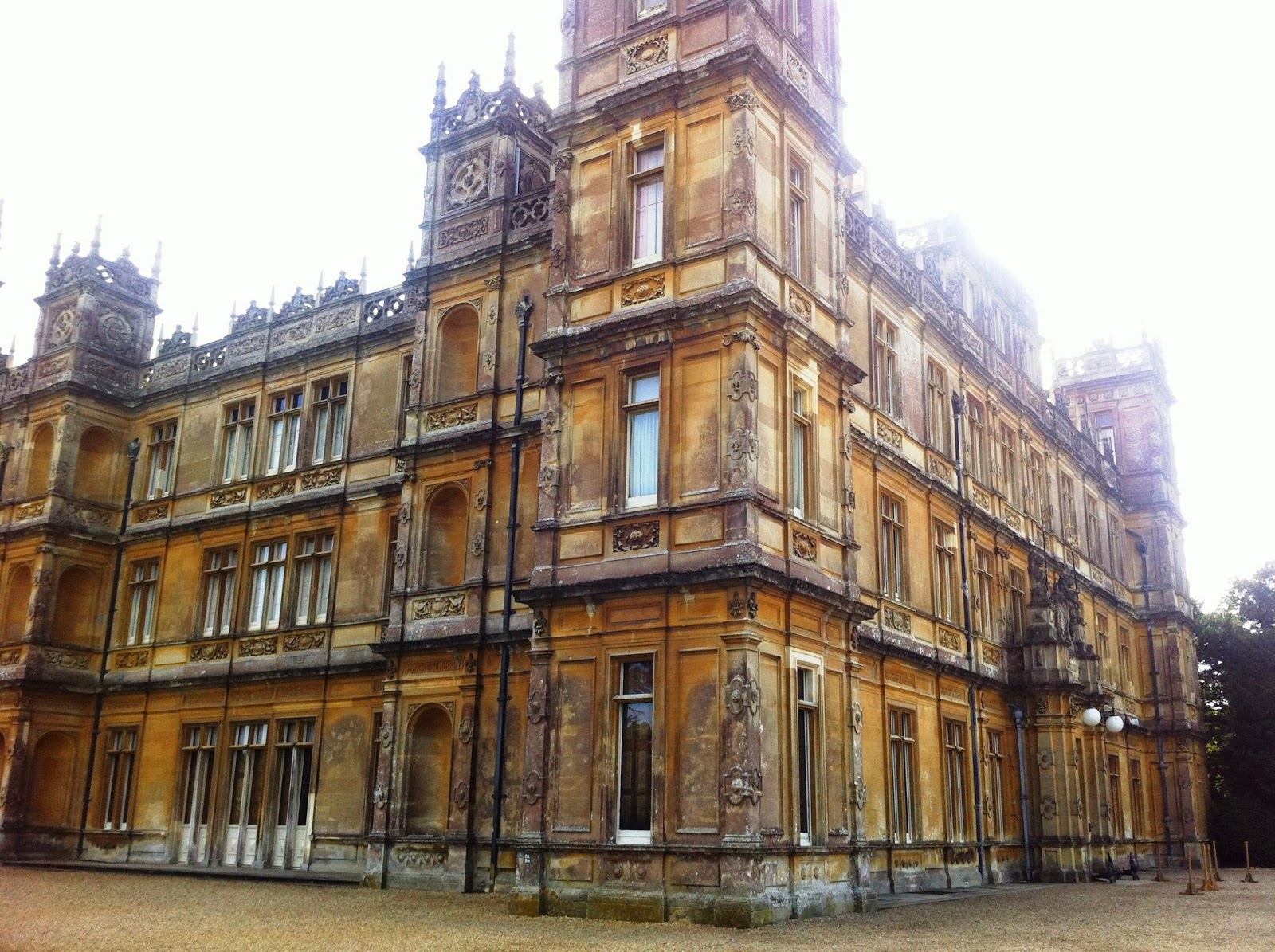 Unfortunately, photography inside the Castle was not allowed, so I was unable to capture a lot of the interiors, which are kept exactly the way we see the home in DOWNTON ABBEY, with the exception of the dining room. The large table around which we usually see the Crawleys dining and avoiding awkward topics of conversation, was replaced by a smaller one, more like what we see in the breakfast scenes. When the tour was done, I managed to take a few photos of the rooms downstairs, through the windows, before they closed the wooden shutters for closing time.

The library has real books lining the walls, while the vintage quality of the furniture is more apparent up-close. The fading upholstery and carpets only add to the old-world charm of the very cozy room. 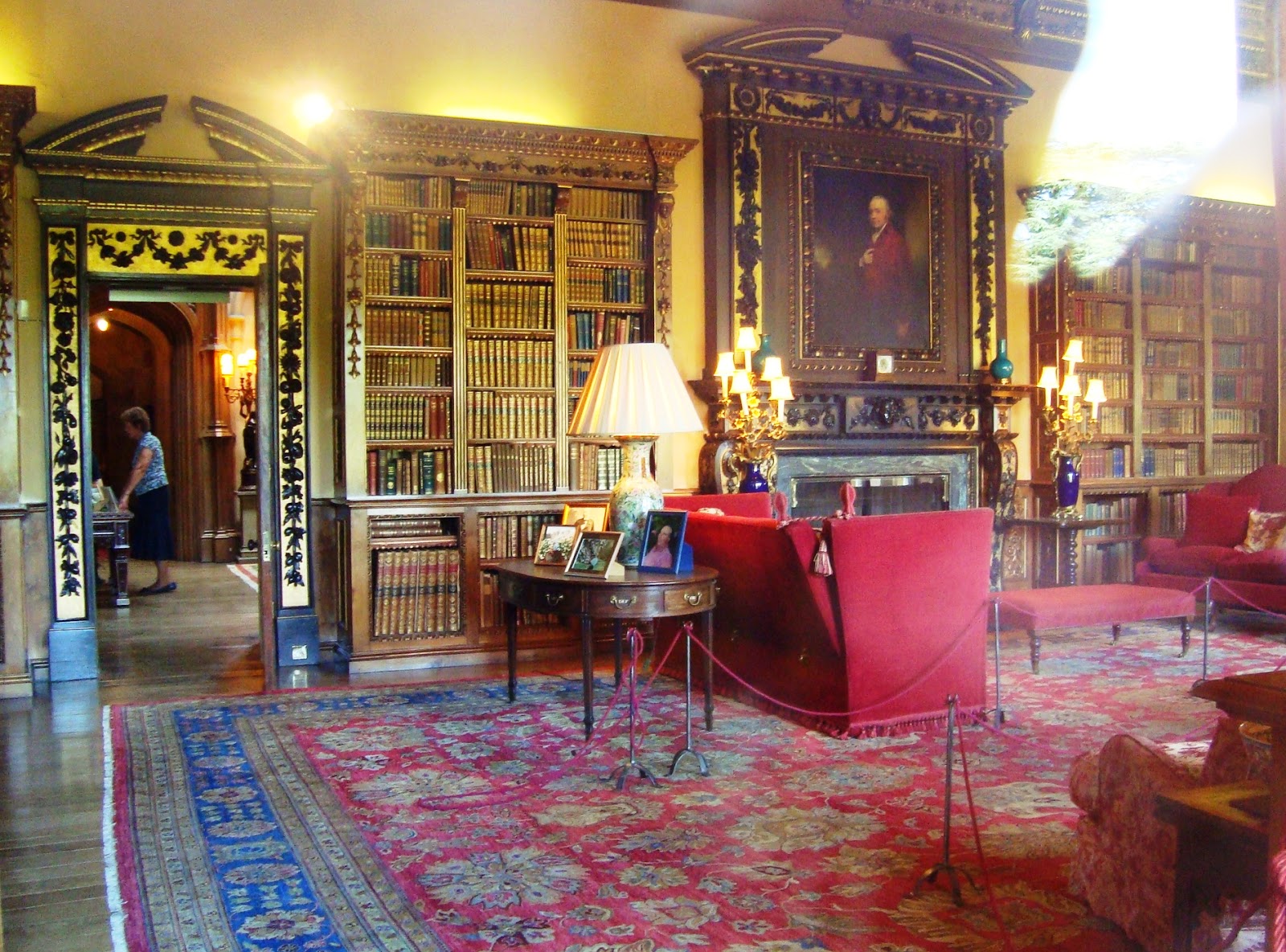 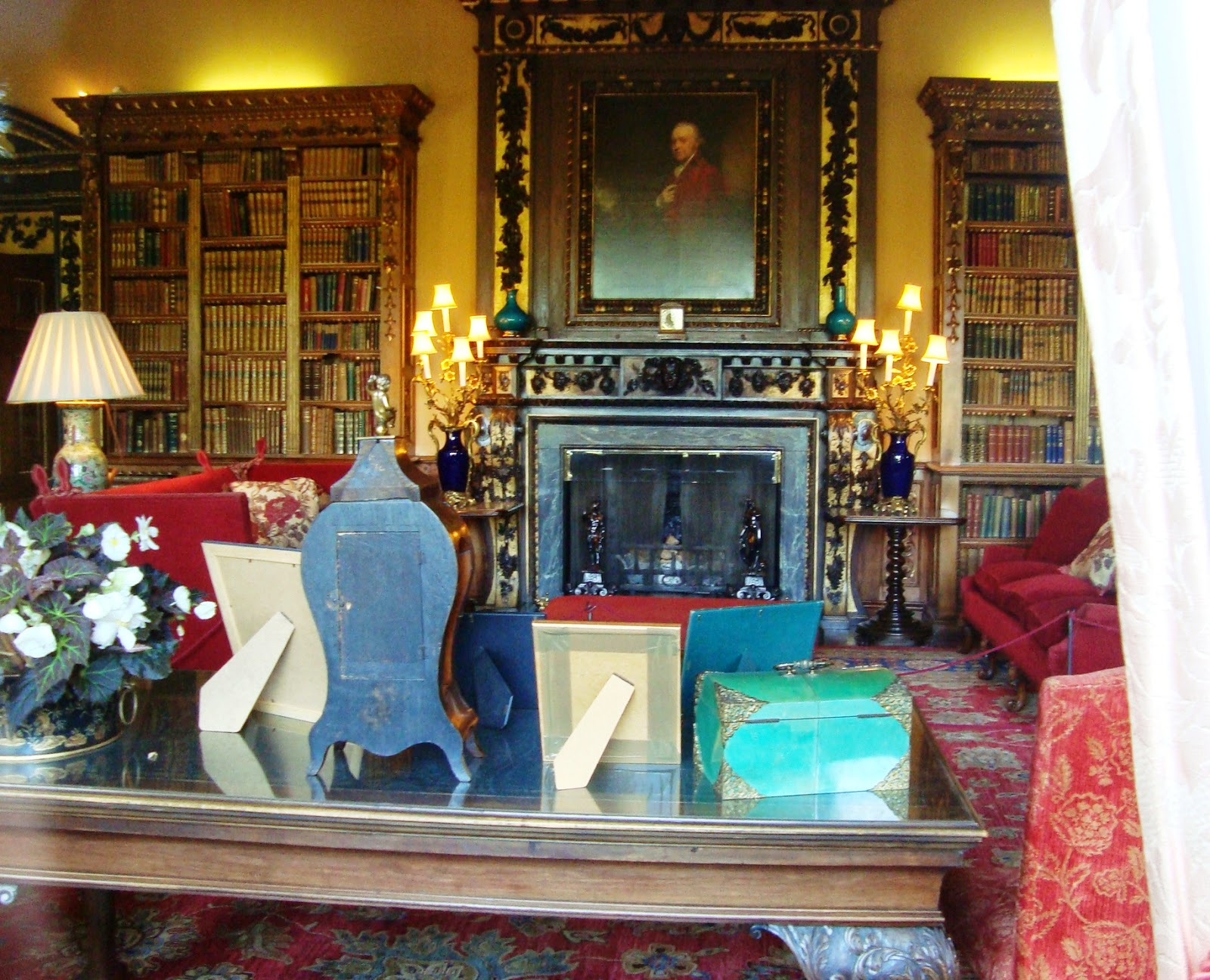 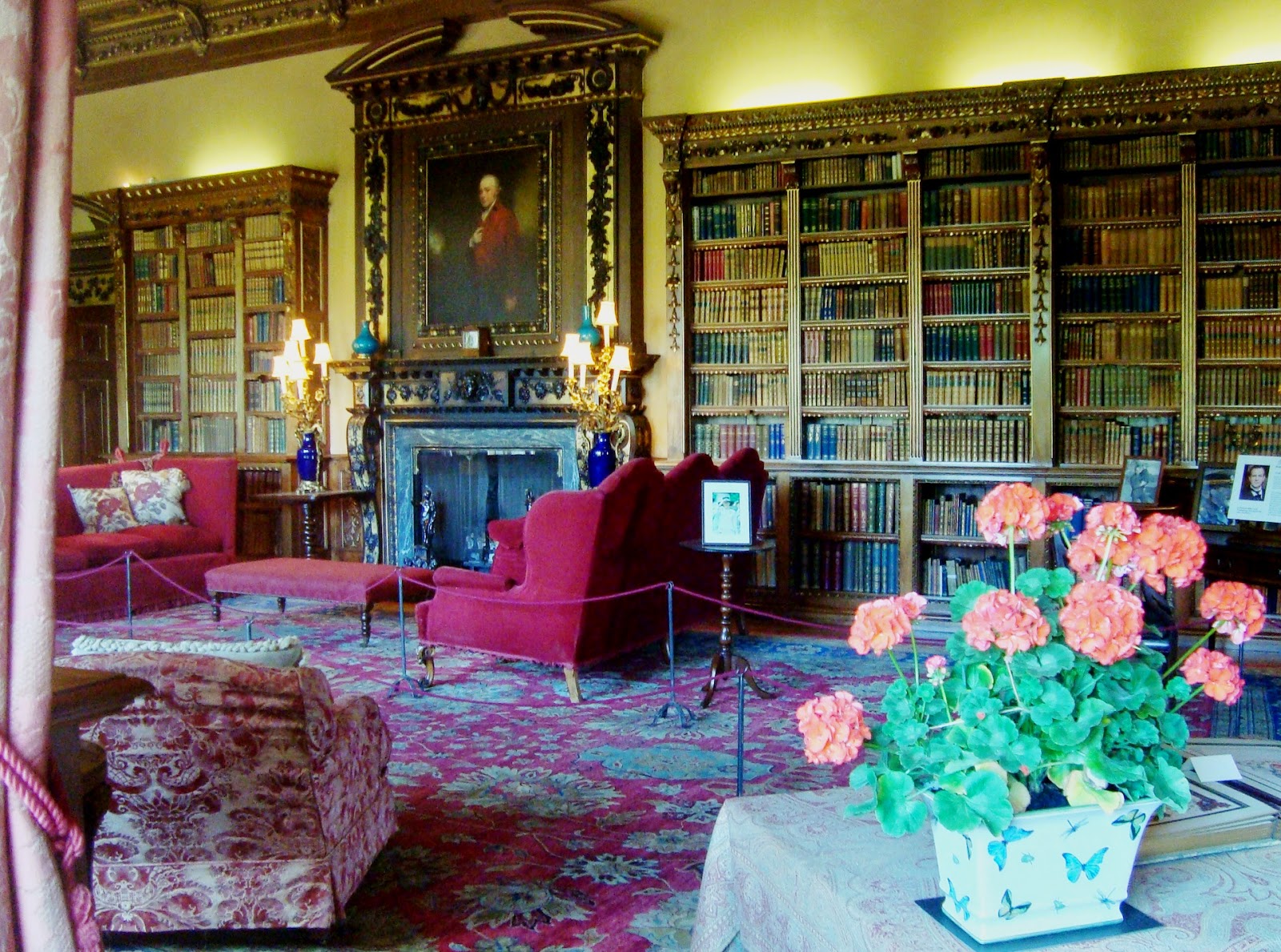 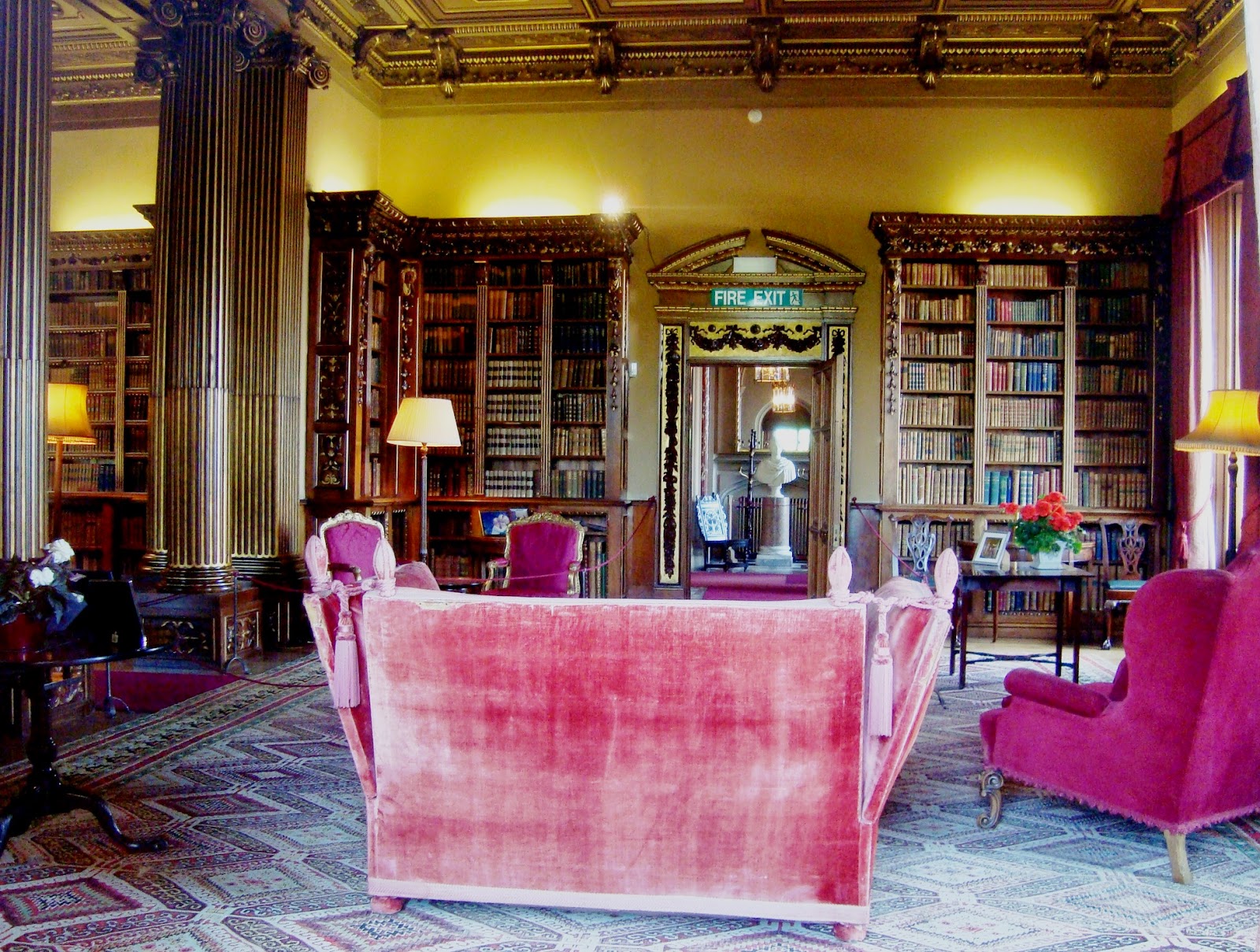 The drawing room, in fact, is much brighter and more spacious than it looks on screen. 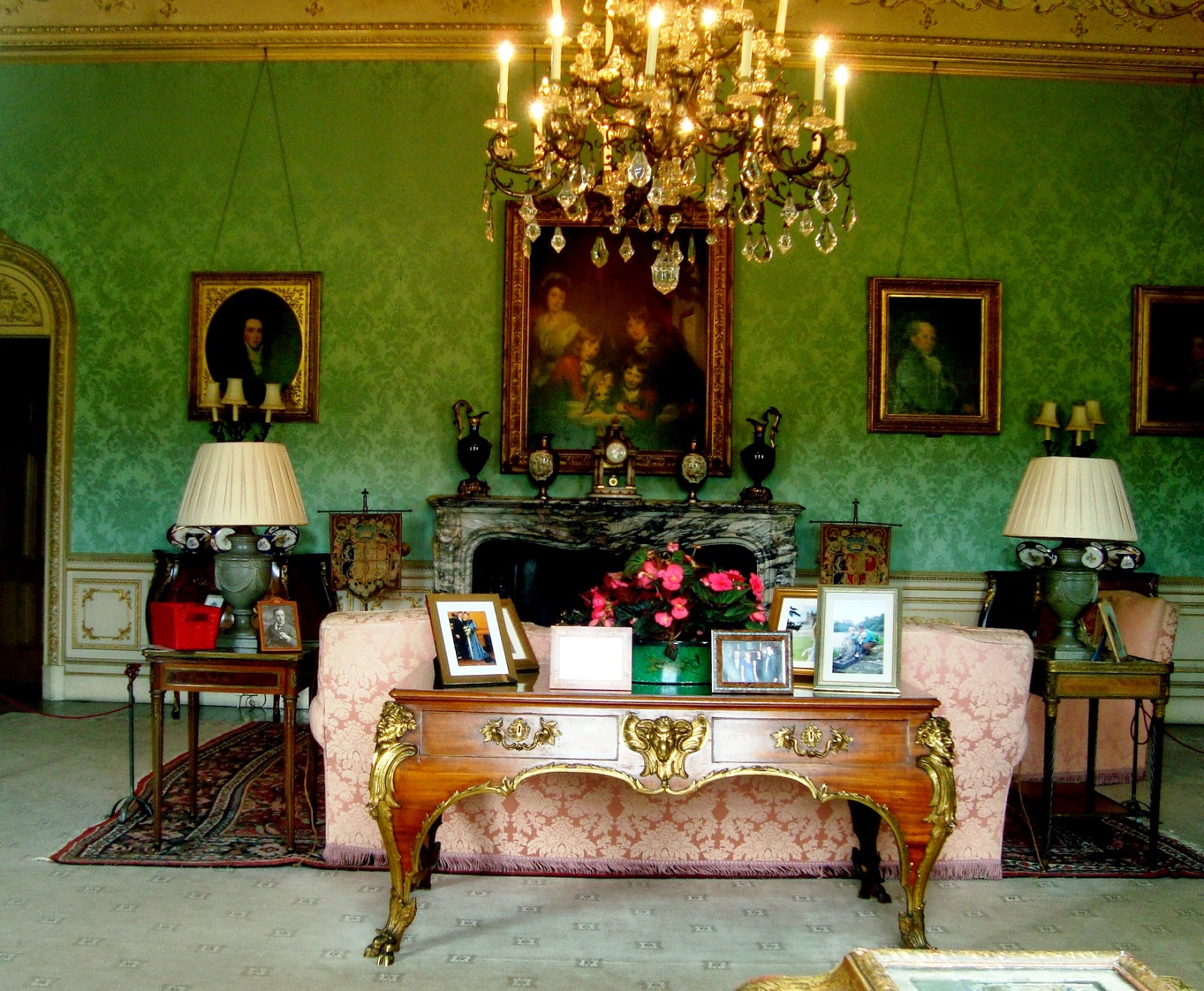 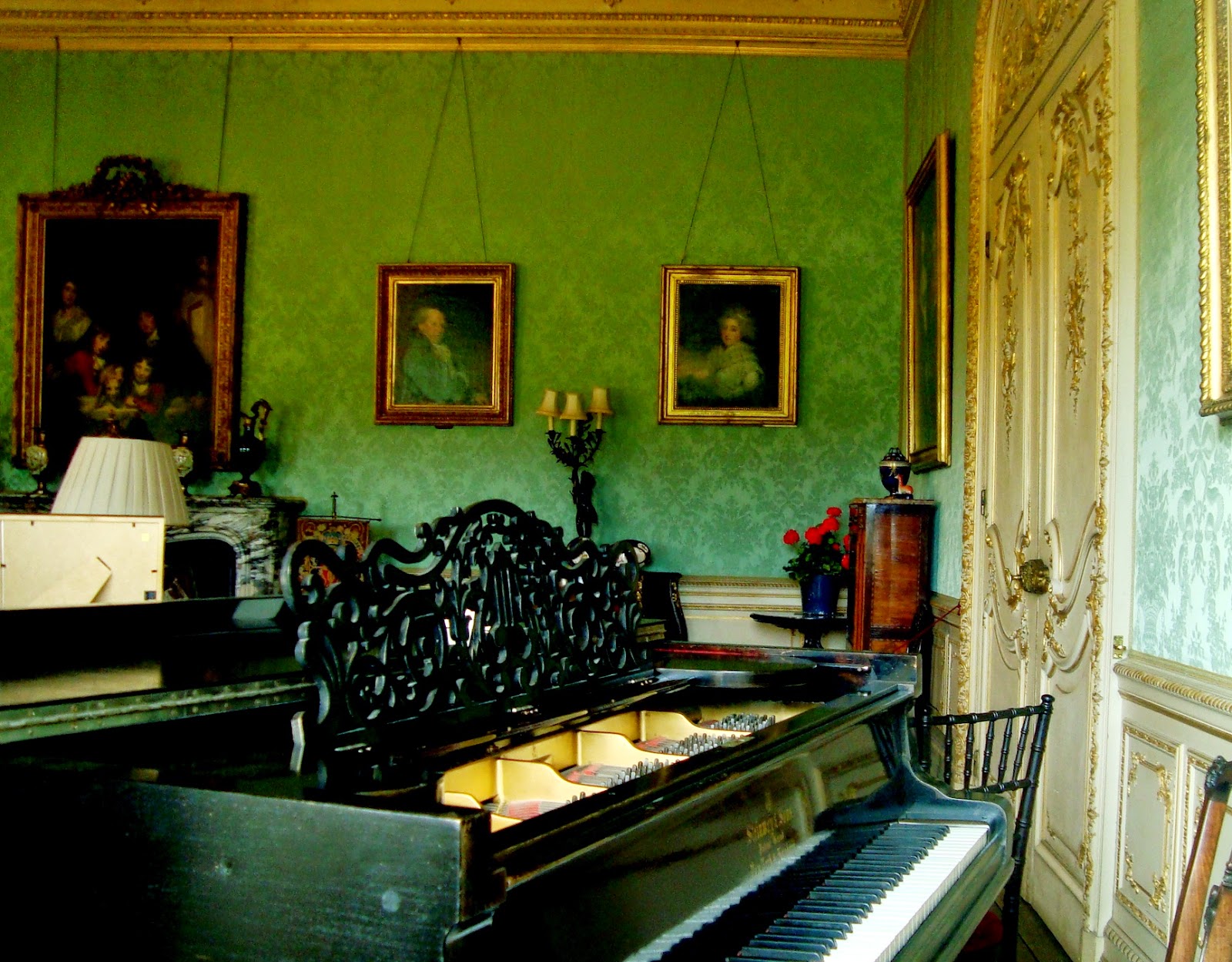 The gentlemen’s cigar room, which we hardly ever see on the show, is the room that connects the library and the drawing room. 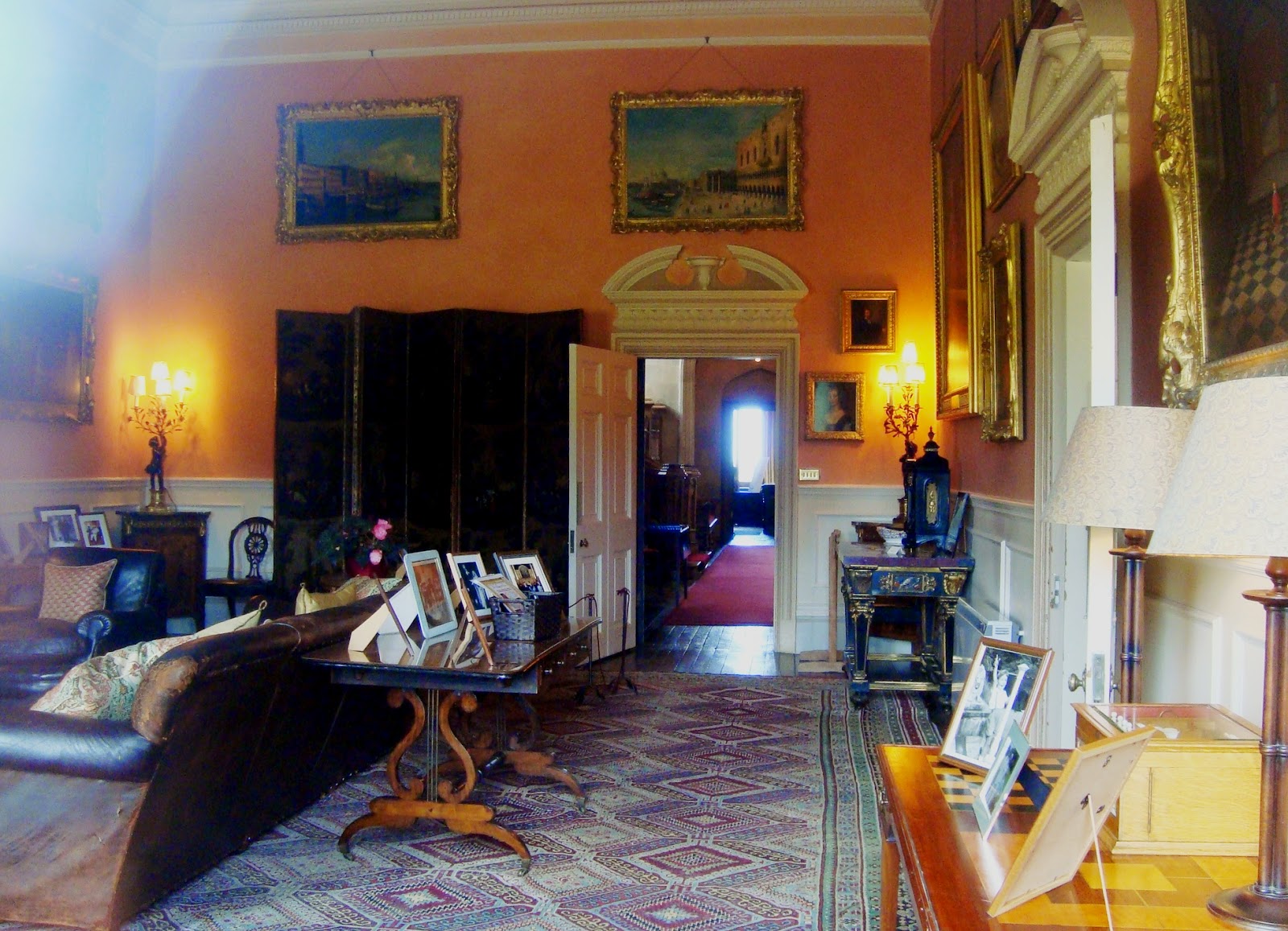 The lawns of Highclere are vast and the trees, which look like they could easily be a hundred years old, are massive. 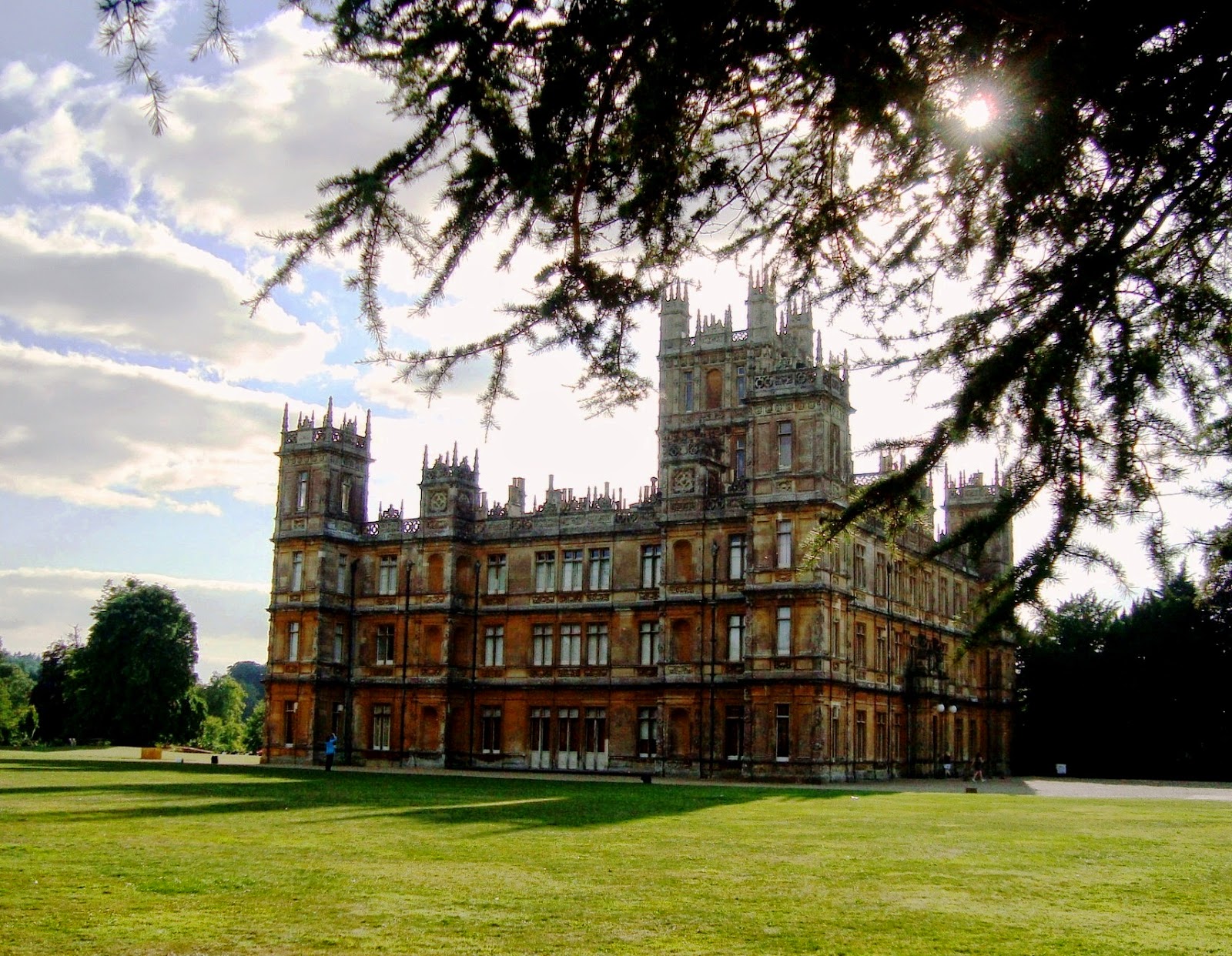 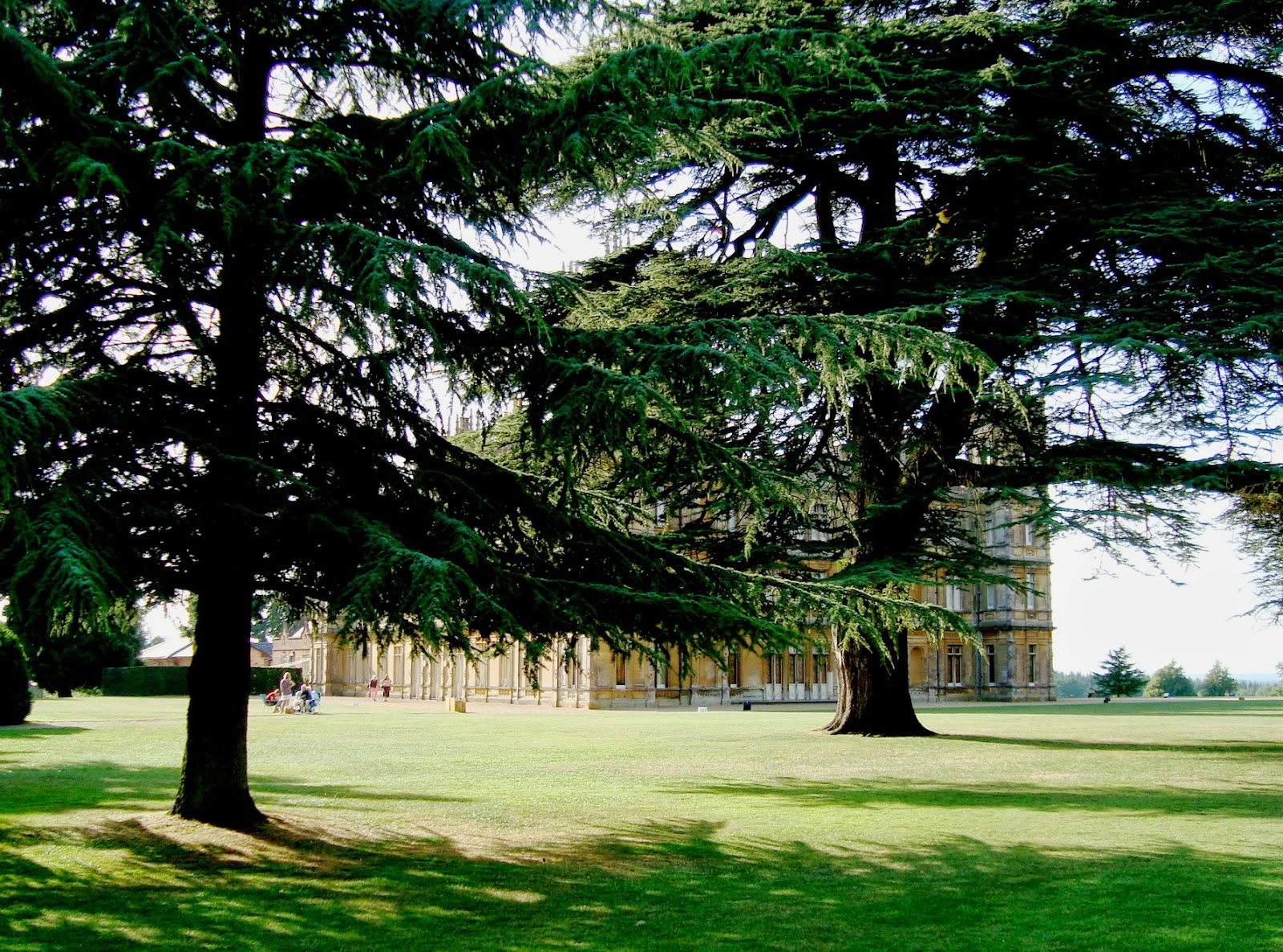 The steeple of the Castle, which is actually not in the center of the building, is actually where the classrooms for the home-schooled children of the nobles used to be, as opposed to the top of the building being the servants’ quarters, as is shown in the series. Speaking of the servants, their dining room and the Downton Abbey kitchen are not quite in Highclere Castle. I was told that those sets are in a studio in London. 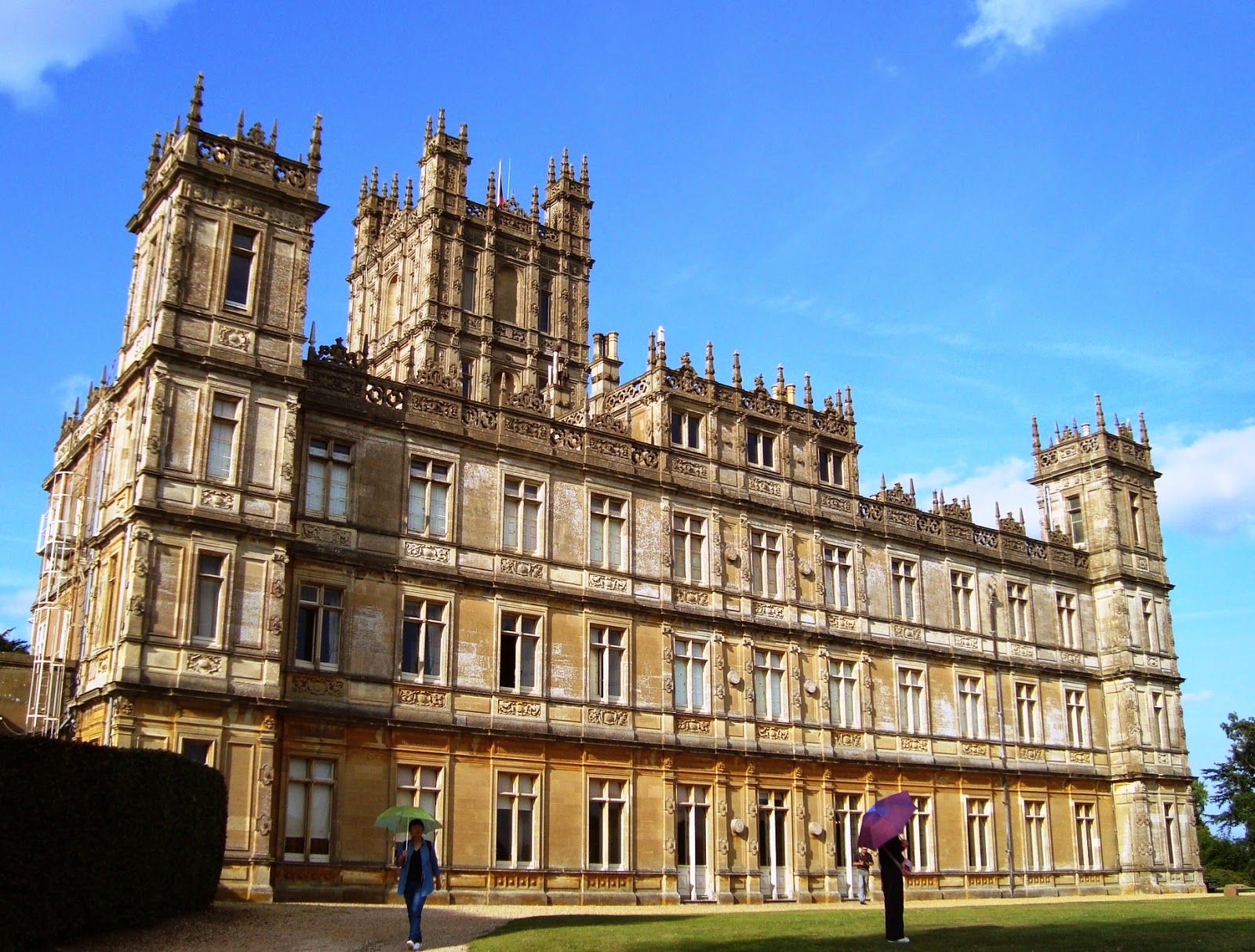 Whatever I did get to see made for a wonderful experience. I hope you’ve enjoyed these photos! 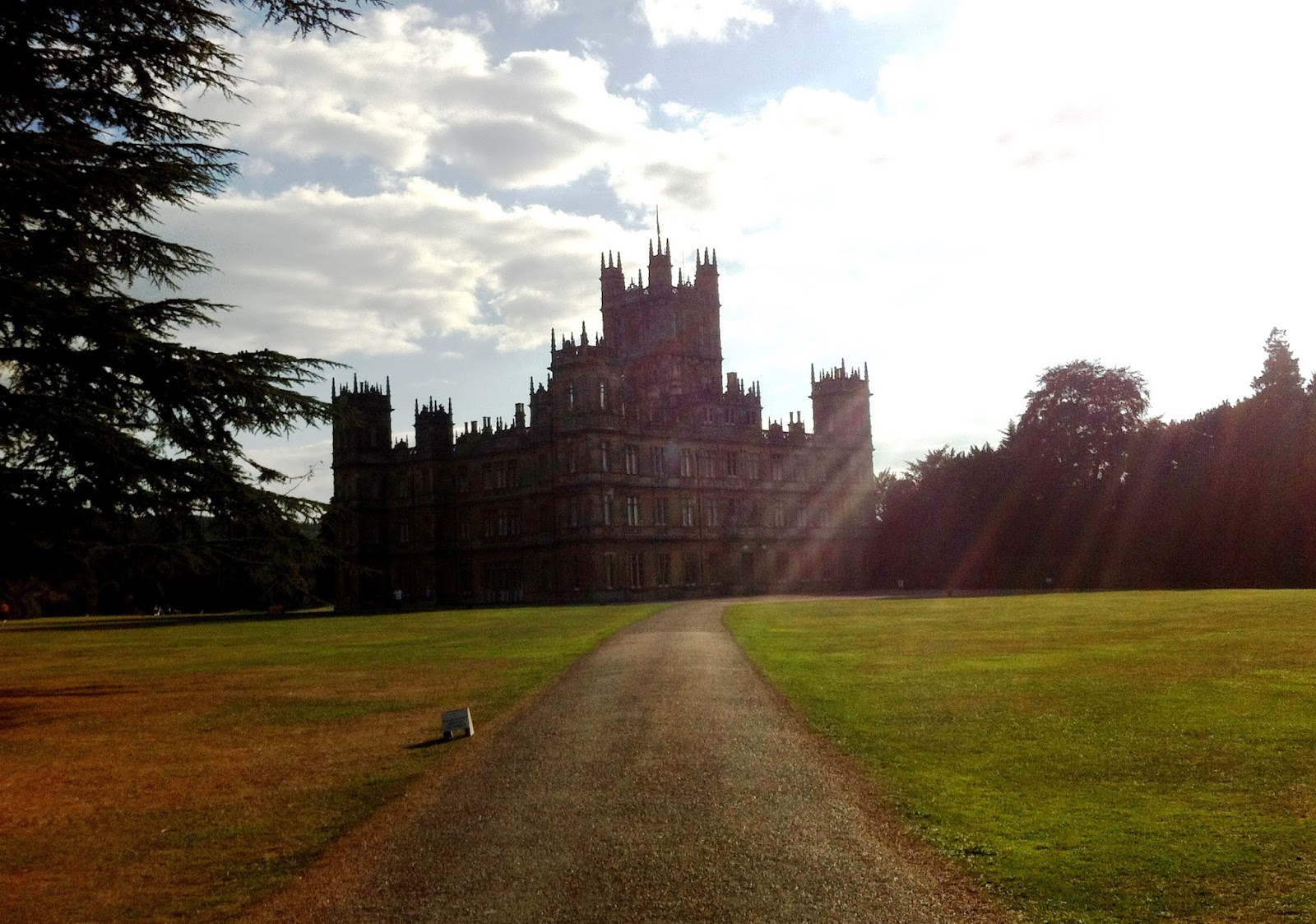