EMMYS 2014: A NEW RECORD FOR 'MODERN FAMILY' AND 'BREAKING BAD' GOES OUT WITH A BANG

The 66th annual Primetime Emmy Awards were all kinds of awesome, with very satisfactory results, a good host and a rather well-paced evening. Take a look at the highlights of the show... 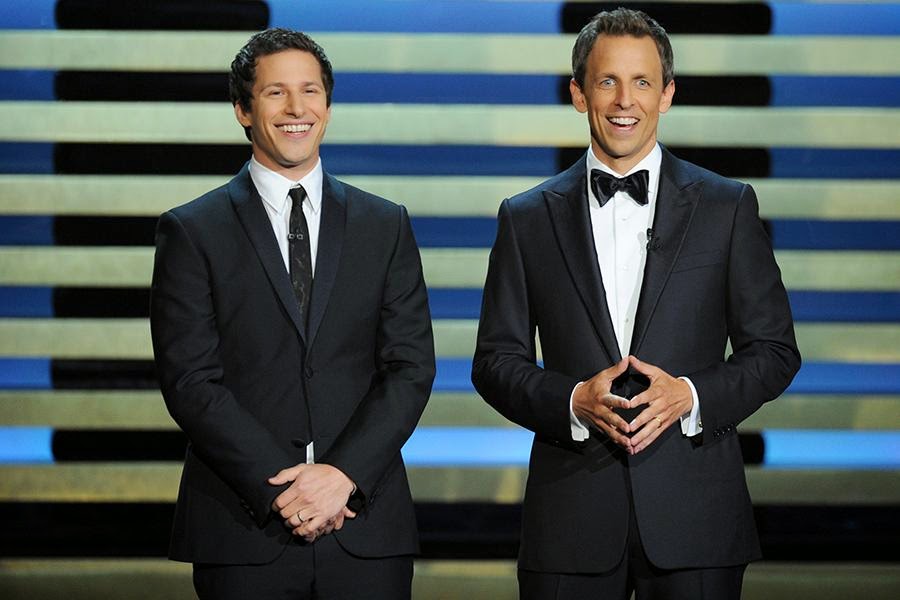 The Emmys started with quite the burst of laughs, with the line-up of host Seth Meyers' opening full of relevant and topical references to television's glorious present, the emergence of Netflix, the broadcast vs. cable battle and digs that were made, at HBO, at the death of HOW I MET YOUR MOTHER's titular mother, the GAME OF THRONES actors having no job security and THE BIG BANG THEORY's leading actors making $1 million per episode, were priceless. It was quite a way to begin the awards presentation, even if most of the meaty material of the evening was exhausted in the first segment itself. While some other presenters, such as Jimmy Fallon, went on to make less than funny jokes that fell flat, the interaction with the audience members such as Jon Hamm and Melissa McCarthy, didn’t strike the right chord either. However, Seth Meyers kept returning with bits of freshness, especially during his presentation with Andy Samberg. The worded medley of TV show themes that followed was quite entertaining, especially the GAME OF THRONES bit at the end. Andy Samberg as King Joffrey interrupting Lena Headey's presentation was hilarious. Among the other presenters that brought the house down were Ricky Gervais and Julia Roberts, despite the latter's delayed announcement of Outstanding Lead Actor in a Drama Series. 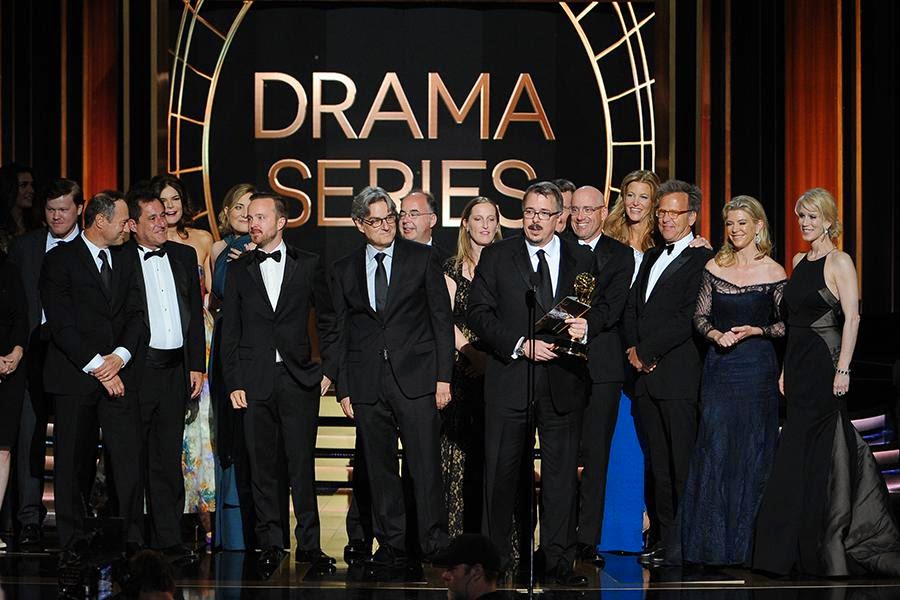 And that brings me to the results... I can honestly say that I do not remember the last time that I was this satisfied with the results of an awards show. BREAKING BAD won big, and deservedly so. Aaron Paul and Anna Gunn winning supporting actor and actress, respectively, was not a surprise, given their exceptional performances in the last few episodes of the series. 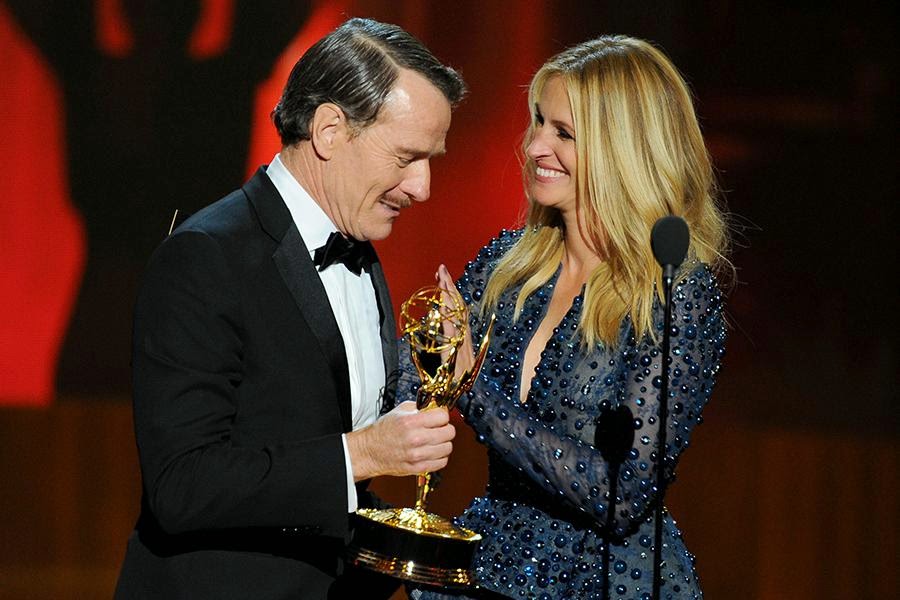 However, Bryan Cranston's win definitely came as a surprise for many; not because he didn't deserve it (definitely not), but because everyone was pretty sure that Matthew McConaughey would win for TRUE DETECTIVE. Many even believed that TRUE DETECTIVE would win Outstanding Drama Series, but BREAKING BAD's amazing swan song was rewarded with the big prize instead. 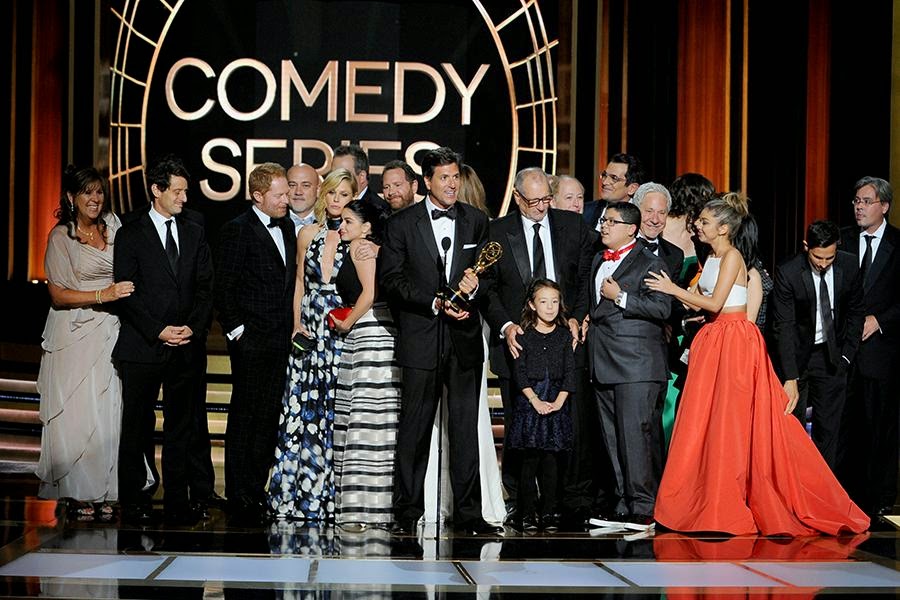 The other big winner of the evening was MODERN FAMILY, and not just because it won Outstanding Comedy Series and Ty Burrell’s Outstanding Supporting Actor – Comedy win. The show's win for comedy series put it alongside FRASIER, becoming one of two shows that have won the highest number of Emmys for Outstanding Comedy Series. MODERN FAMILY's fifth consecutive win in this category may have garnered polarized views, with people going 'yawn' or 'yay', but I think that it's a show that deserves to have that distinction, owing to its consistent quality year after year. 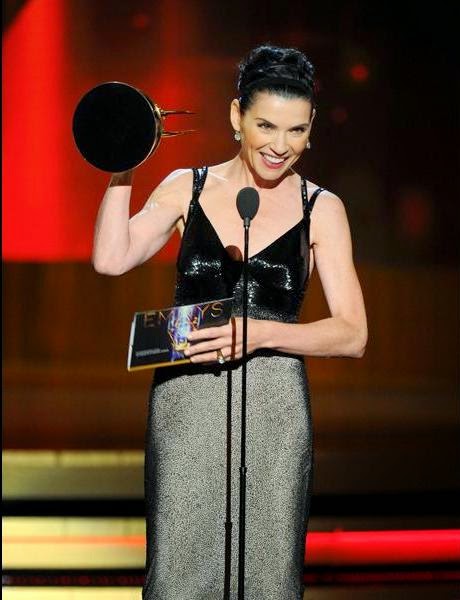 While jokes were made about broadcast vs. cable, Julianna Margulies, made a strong point, when accepting her well-deserved Emmy for THE GOOD WIFE. She said, “But truly, this belongs to [showrunners] Robert and Michelle King; all our writers, who never cease to amaze me with 22 episodes a year.” This made a strong point about how the show’s quality is at par with any of the cable (or Netflix) dramas that are considered among the finest on television, despite how the volume of material that a show like theirs produces is far more, sometimes even three times more, than what the cable shows produce. And it was actually refreshing that this time at the Emmys, even though no broadcast show was nominated for Outstanding Drama Series, it turned out that they won as many awards as cable shows did in the main categories—outstanding series, acting (lead and supporting), and direction. I was pleasantly surprised by Allison Janney’s win for MOM. The nomination itself was a surprise, but for the Academy to have given her the award is quite commendable. 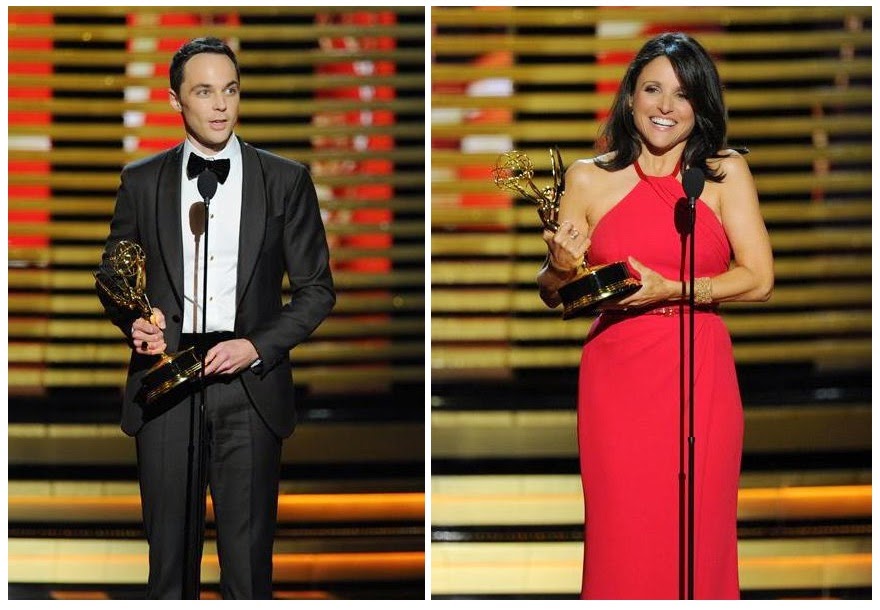 While several results were predictable—Jim Parsons for THE BIG BANG THEORY and Julia Louis-Dreyfus for VEEP, for instance—the Emmy winners were in no way undeserving. And regardless of the few moments of forced humor, it was a well-balanced show. The ‘In Memoriam’ section was kept short and sweet, yet allowing Billy Crystal to do justice to his tribute to Robin Williams, perhaps because of the criticism that the Emmys got last year for dragging it out. And if the results are as satisfying, to the point of being able to say that no one was really snubbed, then I’d say that it was a good Emmys! And of course, we'll always remember how Bryan Cranston reminded Julia Louis-Dreyfus of when they had worked together on SEINFELD, a long time ago!

Take a look at this list of some of the main winners and share your thoughts on the Emmys in the comments section below. 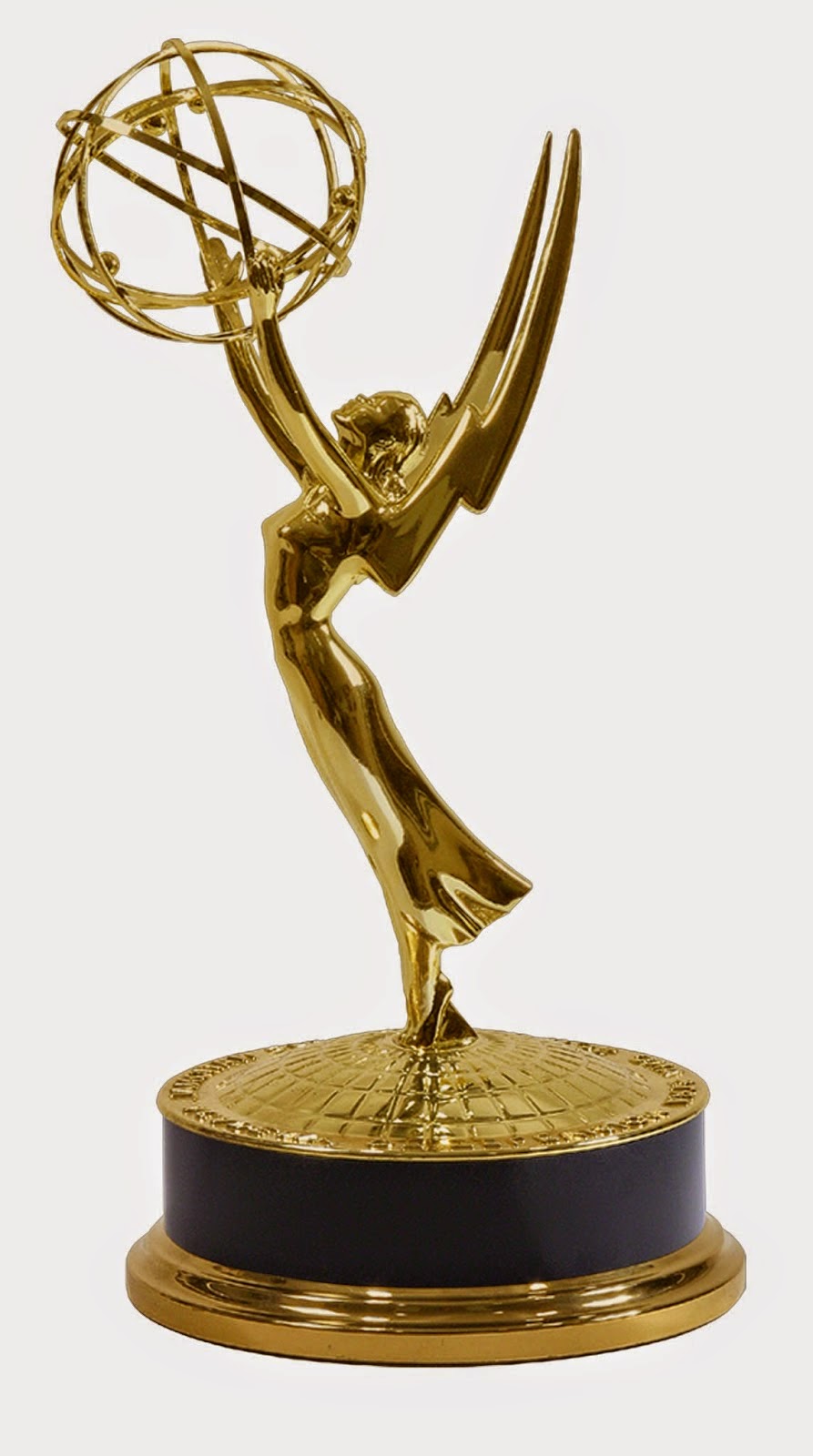 This post also appeared on TheLabel.in.
on Tuesday, August 26, 2014