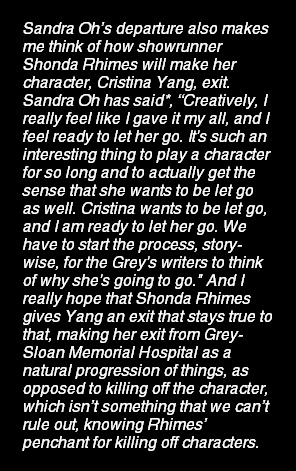 What are your thoughts on Sandra Oh exiting GREY'S ANATOMY? Do you think this is 'the beginning of the end'?
on Tuesday, August 13, 2013