WHAT I WATCHED LAST NIGHT

I’ve been seeing this column in Metro UK, written by entertainment and television writer Keith Watson, who talks about, well, what he watched the previous night. And so, I decided to take a cue from him and talk about what I watched last night, whenever I feel the need to share my thoughts on interesting developments in the shows that I watch. I know I do that anyway, but here, there won’t be a theme, and I won’t be talking about just one show in one context. It’ll just be random observations and views on what I watched last night! 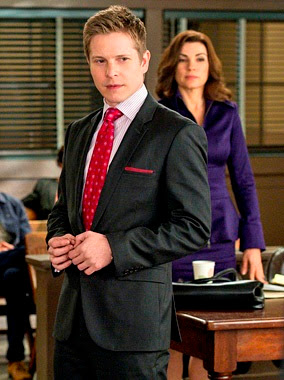 A NEW FIRM?
I watched the last four episodes of THE GOOD WIFE season 4. Before I talk about the shocking cliffhanger [SPOILER ALERT], let me just say that this season has really evolved on different levels. From the beginning, there was some growth in Alicia’s relationship with Peter, as his gubernatorial campaign picked up, which offered us some very entertaining Eli Gold moments also. There was Alicia’s growth at Lockhart/Gardener, her friendship with Laura, the resurrection of her feelings for Will, and the exploration of her relationship with her mother, and her kids. The only angle that seemed pointless was the whole Nick storyline, and I’m glad that even the creators, Robert and Michelle King realized that that storyline was a mistake. However, after that, Kalinda got some interesting material, including the new investigator, Robyn (have I mentioned that I love her and find her so charming!). Anyway, coming back to Alicia, it was only natural that her unresolved feelings for Will would resurface (and how!), becoming one side of a love triangle that we wouldn’t have expected to see before this season. At the same time, as her relationship with Peter was getting better, one wondered what it would all lead up to, and the writers had us eating from their palms, right till the end. 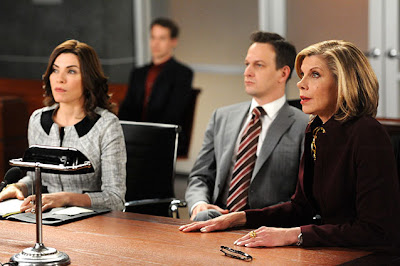 Not to say that, what eventually became, the season-ending cliffhanger came out of the blue. Since the fourth years at Lockhart/Gardener were antagonized, when their partnership offers were taken from them, talk of them starting a new firm had begun, with Alicia and Cary, obviously, being at the helm of that. Alicia went on to become partner, while things weren’t going great for Cary, so it was understandable that he would follow through with plans for a new firm. When Cary asked Alicia again to come on board, it was so endearing the way he says that they are the new Will and Diane (I’ve loved how their relationship as friends and co-workers has evolved over the years). Alicia was obviously tempted, and when she saw the ugly side of what ‘being upper management’ at Lockhart/Gardener was like, it should’ve been clear that she would seriously consider Cary’s offer to form Florrick, Agos & Associates. However, we were blinded by the Will-Alicia-Peter triangle, and I’m glad I was, because the surprise of seeing Cary at Alicia’s door was priceless! 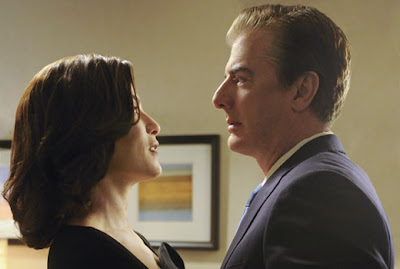 There are endless possibilities here on. I actually think that Alicia might just jump ship. It would give the writers tremendous opportunity to make the show evolve in so many ways. New cases, new clients (and old clients, including Colin Sweeney), a new partnership, and most interestingly, new competition, with big and mighty Lockhart/Gardener. Additionally, with this big change, I think that even Diane might actually take that Supreme Court seat. Maybe David Lee could become a bigger player. Of course, it’ll be sad to see Kalinda not on Alicia and Cary’s team, but then there’s Robyn (it’s now clear that her character was introduced to eventually become a part of the new firm). Also, there’s probably going to be more drama with Jackie and her opportunistic nurse. We’re still to find out how Eli will fit into Peter’s administration, and there is so much potential for family drama now that Peter will be governor. And while all of that is yet to come, one can be sure that we will keep seeing the amazing guest cast that we enjoyed right till the end of season four. 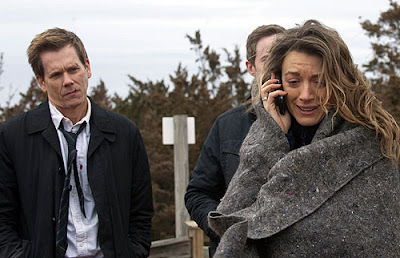 A DISAPPOINTING ‘FINAL CHAPTER’
Then there was the season finale of THE FOLLOWING [SPOILER ALERT for those who haven’t watched it yet]. This show started off with intriguing mysteries of how ‘the following’ came to be, what Joe Carroll’s end game was and how Ryan Hardy was going to stop him. As the first season progressed, what we did get was a fast-paced, thrilling ride, which was entertaining, and almost gripping in parts. However, with no convincing explanation of how Carroll got so many people brainwashed to the extent that they would give their lives up for him, and a very gimmicky treatment of plot, I realized that this show was one to enjoy, but to not take too seriously. Even with lowered expectations, I was disappointed by the season finale. To begin with, I really didn’t want Agent Parker to die. I agree that her being buried proved to be more than a gimmick, but her death did little for the series or the story as a whole, serving only as a means through which Hardy would track Carroll down. And just like that, the writers let go of a character that they had developed rather well over the season. Following that, was simply a cat-and-mouse game, which ended in a struggle, and Joe Carroll being blown up. First of all, that was gimmicky. Second of all, even if the second season is going to take a different direction, the S1 finale didn’t set the tone for it in any way; instead, they gave us a cliffhanger of both Ryan and Claire being stabbed. Obviously they’re going to survive (even if Joe is actually dead), and that’s all that we know about how the show will evolve here on. What I did like about the finale was Agent Weston and his outburst about this fight with Carroll being personal for him too. I loved the parts where Claire and Ryan insulted Joe’s talent as a writer, and his idol, Edgar Allan Poe. It was so entertaining to see Joe getting riled up in those moments. And the only other thing I liked was Molly, not the stabbing of Ryan and Claire, but simply the indication of her having a bigger role in the next season. 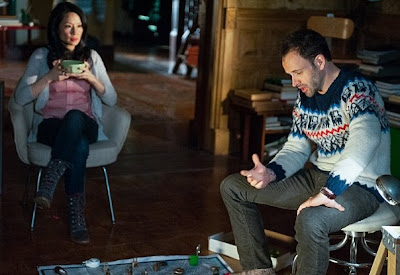 ELEMENTARY GROWS
I also happened to catch up on some ELEMENTARY. It was season 1 (episodes 18 and 19, to be precise). While the procedural drama and the mystery are generally good on the show, what’s really got me hooked lately is watching Joan Watson being groomed as a detective by Sherlock Holmes. Their relationship is endearing as it is, and now, since Watson agreed to stay on as a co-consultant with the NYPD, it’s very interesting how the writers have explored the way she gets the ropes of the detective work. From the puzzle of the dry cleaning shop, to the mystery of the missing woman, Watson made her observations, saw the potential, followed her gut, made mistakes, and was even instrumental in cracking a case or two. What I generally like about ELEMENTARY is how they have explored Sherlock Holmes’ addiction, how his working relationship with Watson comes to be, Watson’s history as a doctor (and how her medical expertise helps in cases like a medical examiner’s would), and now Watson being trained to be a detective. I like the direction the show has taken over the first season, and I’m glad that it’s doing well even in ratings.

So that’s what I watched last night! What about you? Also, what did you think of the season finales of THE FOLLOWING and THE GOOD WIFE?
on Thursday, May 02, 2013