‘THE AMERICANS’ AND ‘BLUE BLOODS’ SET UP IMPRESSIVE SEASON FINALES

Last night, I watched the season finales of two very different shows. One of freshman spy drama, THE AMERICANS, which is one of my favorite new shows; and the other, BLUE BLOODS, a crime procedural that definitely stands out from among the many shows of that genre…

‘THE AMERICANS’ WINDS UP WELL 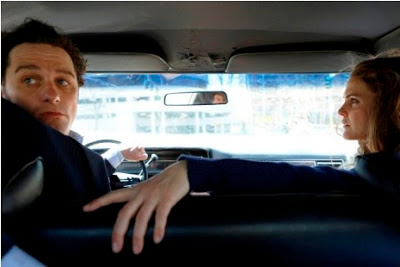 When THE AMERICANS started, what impressed me the most were the performances by Keri Russell and Matthew Rhys, and over the course of the first season, while the spy drama was exciting and kept me at the edge of my seat, what really hooked me was the beautiful relationship that Elizabeth and Philip share. The mutual understanding between them about everything from assassinations to raising their kids, and the subtleties in the restraint between them, despite pure emotions and feelings they have for each other—all of it is written so well, and performed exceptionally by the two actors. Towards the end, when Philip moves out of the house, it was a direction that I didn’t expect the show to take, but I liked how that brought out so many of the characters’ emotions to the surface, while simultaneously making them even less expressive of those emotions. On the other hand, what the show managed to do really well was handle the secondary relationships equally well, whether it was Stan’s relationship with his wife, or Nina; Elizabeth’s relationship with the amazing Claudia; or even Philip (as Clark) and Martha’s relationship for that matter. Nina is a character I grew to love, and while Martha is gullible and a lovesick romantic, I still find her endearing, even if it’s just because I feel bad for her. And Claudia—well, she’s one the most fascinating old-lady characters I’ve seen on screen! 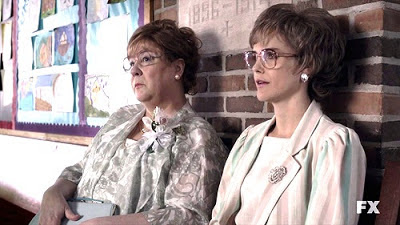 As we approached the finale, I like how the stakes went up for everyone, whether it was because of how Claudia tricked Elizabeth and Philip, or because Elizabeth’s friend Derek had to take the fall for something they’d done, or because Stan’s partner was killed, or even because of Philip’s indiscretion with an old flame. The finale itself was well conceived, with two simultaneous missions, in which the stakes were high for everyone involved, along with the developments in the Clark-Martha relationship. The discovery of the set-up and the involvement of the Russian Embassy gave way to a thrilling chase and climax. And the season ended with Elizabeth making a heartfelt but simple appeal to Philip, while there was even a subtle cliffhanger involving their daughter. The writers could pretty much do anything they want with the show from here, but it’s clear that the kids are going to feature more prominently in season two. They’ll have questions of all kinds. Philip and Elizabeth’s complex relationship is bound to get even more complicated, given the Martha situation, and Stan and the FBI are going to have to try a whole new approach. The first season captured so many intriguing plots and layers in storytelling, and I’m definitely hoping to see many more! 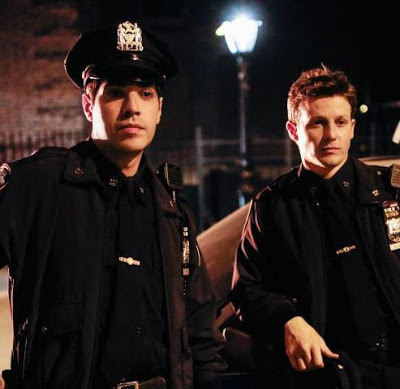 The two-part season three finale of BLUE BLOODS started with a suicide, which was disturbing as it was, and then they throw Santana at us with his lame hand gestures, yet coming off as pretty scary, being as daring as he was, presenting himself like that in front of the NYPD. The episode went on to thrill with other such moments, like when Danny and his partner Maria are set up to confront Santana and his people. While the Reagans have faced many situations where they’re up against misfits, something like this has not been seen on the show so far, and I was hooked. This was some really good material for the finale. 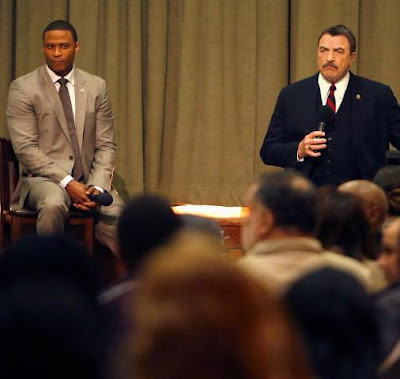 When Jamie Reagan and his partner Vinny are set up to face fire at The Bitter End, I had a feeling that it wouldn’t end well. And it didn’t. Vinny’s death, especially because of the way he struggled after beings shot (performed excellently by Sebastian Sozzi), really disturbed me, because he died at a place where he’d grown up, because he was a genuinely nice guy with an interesting bad-boy streak, because he and Jamie made good partners, and because he was an interesting character. His death upped the stakes for everyone, and rightfully so. Danny and the NYPD pulling up in front of Santana to return an earlier threat was more than called for. And what intrigued me about this story is that it was a tricky one to write, and wasn’t really predictable. Of course, the writers could’ve screwed up part two by making things conveniently fall into place, but I think that the season three finale of BLUE BLOODS was probably the best season finale of the show yet. While Danny doesn’t back down and follows through with his pursuit of Santana, the mayor gets hit, making things worse. I liked that they explored the story further with the kid from The Bitter End who had recognized Vinny, making Jamie an integral part of the finale; or even Nona, who Danny needed to get on his good side. The end offered a great sense of gratification, when Santana and his people were taken away, amidst cheers from the residents of The Bitter End. And the season ended beautifully with a classic Sunday-dinner scene. This is how a season finale should be. There need not be a big cliffhanger, as long as there’s a compelling story wherein the intensity and stakes for everyone are high, making it engaging for us.

What did you think of the season finales of THE AMERICANS? Are you glad it’s returning for a second season? Which part of the BLUE BLOODS season finale did you like the most? Share your views here…
on Sunday, May 12, 2013