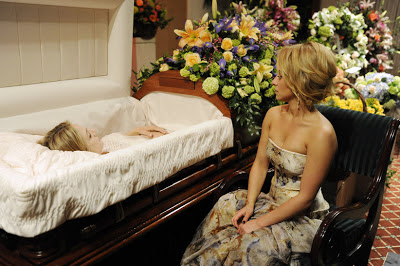 This show started out as just one of those soapy dramas that I would enjoy as a guilty pleasure (besides the great music, of course, me being a country music fan), but by the end of the first season, I’ll say that I like it for a lot more than just that. The characterizations are pretty impressive. There are layers to almost every character that’s important in the show and the writers have played with those strengths to give us stories of relationships with the kind of depth that leaves us wanting more. One such relationship was the very complex one between Juliette and her mother Jolene. I was really impressed by how far Jolene had come, before she decided to kill one and self to protect her daughter. It was admirable, but as a viewer, I feel like I’ve been robbed of being able to continue watching the relationship that was filled with restraint and suppression of emotions that were overshadowed by anger and pain from the past. That being said, I applaud Hayden Panettiere for her fantastic performance towards the ending of the season, from dealing with Dante’s blackmail, to her anger and drunkenness, to her grief and pain on losing her mother, the only person who genuinely cared for her. It was probably the most compelling part of the season finale for me, and I’m glad that Panettiere did justice to it. On the other hand was Gunnar’s proposal to Scarlett, which was understandable and sweet, but I’m not that interested in those two. I am interested in Will, and I think that he’s a character that has potential. I hope we see more of him in season two as he weaves his way into the world of country music. I can see Scarlett, Gunnar and Will becoming real BFFs. Another very interesting character is Avery, and I think he was under-explored through season one. But that’s probably good, ’cause it’s left me wanting more of him in season two, especially after seeing his chemistry with Juliette, who is definitely my favorite character. Rayna and Deacon—I know they’re the ‘it’ couple and all, and while their relationship is complex, their characters are quite one-dimensional and that makes their relationship rather uninteresting for me. And that brings me to the cliffhanger. A protagonist in a car crash, stupid, no-brainer cliffhanger, and completely unjustified, based on the development of the storylines up until then. But then, maybe they’ll get injured, maybe Deacon won’t be able to play guitar again. That should be interesting. 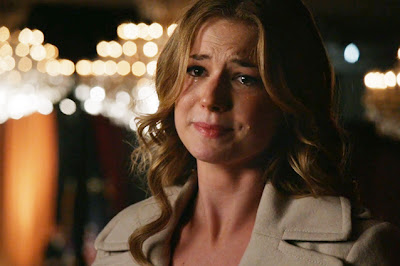 Season two of REVENGE was quite a rollercoaster ride, for me. While many thought that season two was a big disappointment after season one, I didn’t think season one was all that great to begin with, so I wasn’t as disappointed. However, I did feel like the writers had lost the plot, moving too far away from the original premise, sensationalizing the mystery of ‘The Initiative’, without even giving us enough to really care that much about it. The season two finale took care of that. I was very glad to finally know exactly what ‘The Initiative’ was. I suppose the idea was to keep us guessing, but that was more annoying than exciting. But again, coming back to the finale, with Conrad’s big revelation to Victoria about his knowledge of the bomb at Grayson Global, and his profitable ventures with ‘The Initiative’ and what it really was, made him out to be the mega-villain, which left me with mixed feelings. I was glad that Victoria wasn’t completely evil, after seeing so many layers in her character that made me want to root for her in a strange way. But I was disappointed that now Emily’s real war is with Conrad and not with Victoria. That leaves me to wonder what Victoria’s role will be in the central scheme of things. I do hope the writers have a good plan for her. The return of Patrick, Victoria’s son suggests that there might be a whole new story arc in that for her. I’m intrigued for sure. Among the other big cliffhangers was Nolan being arrested for orchestrating the ‘cyber-attack’. I suppose that will shift Emily’s priorities from Jack and the Graysons for a while in season three. And then the big one, Emily stopping Jack from assassinating Conrad, to avenge the death of poor Declan, by revealing that she’s Amanda. That is probably the most amazing cliffhanger that they could leave us with. It came at just the right time, there’s a lot at stake, and it can throw the entire show onto a whole new level. Will Jack forgive her for the lies and betrayal? Will he love her again? Will he understand all that she did for her revenge, including her re-engagement with Daniel? Will he join forces with her and Nolan to take down the Graysons? One thing is for sure, the show may have lost focus from its original premise over time, but it sure has stayed true to its name. Now the ‘REVENGE’ is not just Amanda’s/Emily’s against the Graysons, it’s also Nolan’s and Jack’s!