HOW WE MET ‘THE MOTHER’

The season eight finale of HOW I MET YOUR MOTHER was supposed to show us the wedding that we’d been waiting to see for almost three years, but it didn’t. What it did show us was ‘the mother’—a face that we’ve been waiting to see for eight years. Here’s how that went down, along with all the questions that I have about the forthcoming ninth and final season of the show…

In the episodes leading up to the HOW I MET YOUR MOTHER season eight finale, almost everything was understandably about Robin and Barney’s big wedding—the wedding planner, the bachelor party, the bonding with in-laws, the ‘something old’ and finally the ‘something new’. I had fun watching these episodes, not because they were excellently written or anything, but because they gave longtime fans of the show, like me, a lot to enjoy. And while that maybe one of the few things that are still awesome about the show, it works perfectly fine for me. The show has reached a point where it doesn’t have to be great; it just has to give me elements of these amazingly developed characters that I have grown to love and enjoy over the last eight years. And while an episode like the ‘bro-mitzvah’ wasn’t ‘ha-ha’ funny throughout, it was funny to see Barney at the receiving end of a scheme put together by the others. Of course, seeing former guest stars like Frances Conroy (as Barney’s mom) and Becki Newton (as Quinn) return to the show was the icing on the cake. 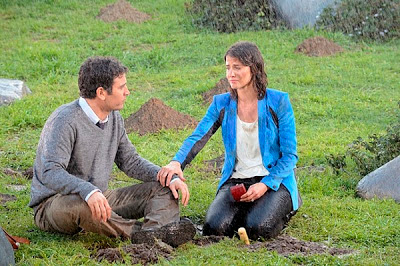 After that, right before the finale, we learnt about Robin’s secret ‘something old’ and that episode ended with Ted looking into Robin’s eyes in the rain, and I was mad! As someone who’s always been a big Ted-and-Robin fan, it was very frustrating to see them teasing me like this, after I’d finally accepted Robin and Barney together and even learnt to like them as a couple. The writers were probably just dropping that cliffhanger to ensure good ratings in the finale, as almost all broadcast network shows do these days. But they followed through with that, when Ted tells Lily he’s moving to Chicago, and Lily figures out that it’s because of Robin. For a second there, I was rolling my eyes, but then I was glad that Ted wasn’t actually leaving New York because he hasn’t found a partner. Still, I was mad at the writers for teasing me again. I guess there’s some truth there, as far as thethe development of the character is concerned. Ted does need to resolve his feelings for Robin before he can move on, and I hope they do explore that in the final season, especially when they get into Ted’s future relationship with ‘the mother’ of his kids. 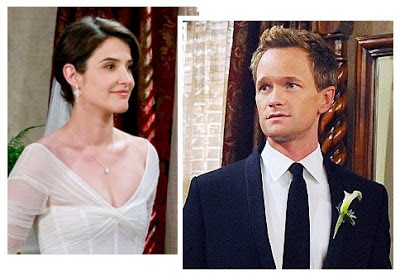 Moving on with the finale, I was disappointed to not see a wedding! Wedding episodes are always so much fun, and especially when we’ve waited for this one for almost three years! In the season six premiere, they first teased us with the line that would soon become so annoying: ‘a little ways down the road…’ That was when they showed us that there was going to be a wedding, but whose, we didn’t know. In the season six finale, they revealed that it would be Barney’s wedding, but to whom (Nora or Robin), we didn’t know. In the season seven premiere, they further teased us over who the bride was, and in the season seven finale, again ‘a little ways down the road…’, they revealed that it would be Robin. In the midst of all of that, they explored the Ted-Robin-Barney love triangle and they revealed that ‘the mother’ would be at the Robin-Barney wedding, as a part of the band. In the season eight premiere, they showed us Ted at the Farhampton station after the wedding, and ‘the mother’ was there with her (now iconic) yellow umbrella, but there was no interaction between them. So finally, I was expecting something of the wedding in the season eight finale, even if that didn’t include the actual first meeting between Ted and ‘the mother’, but I guess now they’re making us wait for three years to end before we see the big wedding! However, with all these hints and teasers of the wedding, over the years, I’m sure the writers will have a field day over finally filling all the blanks and give us the whole picture of the wedding. I know that I will enjoy seeing that whole picture. And that’s what’ll make the season nine premiere very interesting to watch. 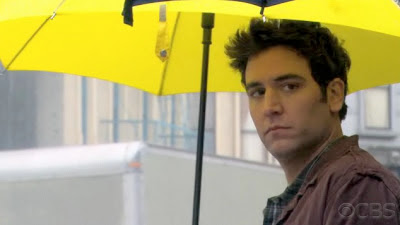 But now that Ted will finally meet the mother at the wedding, I hope the writers not only fill in the blanks they left around the wedding storyline, but even the blanks that they left in the teasers they’ve given us over the last eight seasons—like ‘the mother’ being at that St Patrick’s Day party, when we first saw the yellow umbrella, or ‘the mother’ being in the classroom on Ted’s first day as a professor, and so many others that I can’t remember right now. I also wonder if Rachel Bilson will return to reprise her role as Cindy in the season nine premiere, in which they’ll hopefully show us the wedding. She’s in the band that’s going to perform at the wedding along with ‘the mother’. And we first learnt that Cindy was ‘the mother’s’ roommate back when Ted was with Cindy. 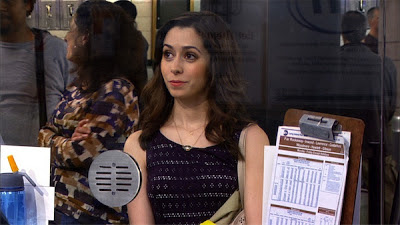 Apart from everything else, it would be nice to see a sixth person in the group, who’ll actually stay this time. After seeing temporary guest starts that I thought would be perfect additions to the group, like Jennifer Morrison (as Zoe, who I’d once hoped would be ‘the mother’) and Becki Newton, it will be nice to have a permanent addition. Having said that, I don’t have any opinion on the casting of Cristin Milioti as ‘the mother’ just yet; and I won’t until I see her chemistry with Josh Radnor, and with the rest of the cast in that booth at McLaren’s! As co-creator of the show Carter Bays said in this (click here) TV Line article, “It [going to be] a pretty big umbrella to fill!” Bays also teases us with a little something about how season nine will tell “the epic story of the longest wedding weekend ever.” I’m guessing he’s talking about Ted’s wedding, because hopefully, after three years, they’ll finally end the Robin-Barney wedding in the season nine premiere. There are so many possibilities of what can happen at the ‘three-year long’ wedding, and there could be so many interesting ways in which Ted and ‘the mother’ first make each other’s acquaintance. I wonder what her name will be, and what she’ll be like as a person. Will she remind us of any of the women that Ted has been with over the last eight years? How will the writers explore her character as they weave her into the group? Will she first become a part of the group, or will she and Ted get involved first? Will we now see (or hear) her in the flash forwards? Will we hear her perspective on the things that Ted tells his kids? This is probably the most I’ve looked forward to being properly introduced to a character before knowing almost nothing about her. And then there's the Marshall-Lily cliffhanger also. Marshall's going to be a judge, and Lily might not end up going to Rome? I'm sure there's some big stuff ahead of us in their story too, and I look forward to that! Given how well the showrunners and writers have planned the longer story arc over the last three years, and all these other recent developments, I think that they’re going to give us a legen-(wait for it)-dary final season.