GREY’S ANATOMY season nine ended with a storm that changed the lives of almost everyone at Grey + Sloan Memorial Hospital. Here's why it was a good way to end season nine...

THE  FINALE THAT TOOK EVERYONE BY STORM 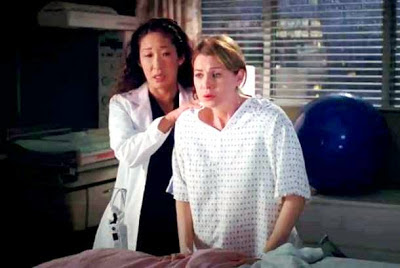 Over the years, we’ve seen a lot of the doctors at Grey + Sloan Memorial Hospital becoming patients themselves. From Meredith’s drowning to Izzie’s cancer, from George’s accident to Derek being shot, from Christina’s abortions to Callie’s accident and delivery, almost every doctor has been a patient there, and it’s always fun to see how doctors make the worst patients. But in the season nine finale, they gave us Meredith’s C-section and subsequent complication, through which she herself guided Ross through the procedure, until Bailey took charge. It was indeed one of the most amazing moments on the show, especially since it ended with Bailey rising to the occasion and letting go of her latest baggage, coming to Meredith’s rescue after a gut-wrenching meltdown. On the other hand, there was Christina being guided by Webber through a surgery in the dark. That was quite amazing too, and it was a way for the writers to show us how important Webber still is to the other doctors, still mentoring and inspiring them to be great surgeons, even years after he stepped down from being the chief of surgery. Of course, it was also meant to make us feel even worse about seeing Webber in the basement, unconscious from being electrocuted, just when Bailey felt the need to apologize to him for all the hurtful things she’d said to him earlier. While that was probably the most prominent cliffhanger, the storm pretty much changed everyone else’s lives as well.

TROUBLE FOR THE COUPLES 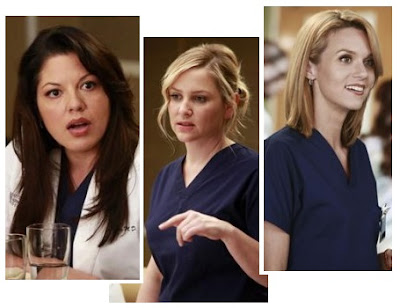 While Alex and Jo kind of got their happy ending, there was Christina and Owen finally having the conversation that they’d been avoiding like the elephant in the room, while having sex like horny teenagers these past few months. It may have been a divorce of convenience for Christina and Owen, but the issues they had before the divorce were conveniently forgotten over the season, and I’m glad that they finally confronted them. In a way, Christina showed how much she cared for Owen by letting him go, being admirably pragmatic about it, acknowledging that he would eventually resent her for not having children with him. Is this the end of the road for them? Not at all! Their complicated relationship is surely going to see several more twists and turns before the end, whether they end up together or not. Then there were Callie and Arizona, and how Arizona finally gave in to Lauren’s charms and cheated on her wife. While it was clear that that was going to happen, I was somehow not convinced of the fight that the couple had when Callie figured it out. I mean, I understand that a part of Arizona still resented Callie for cutting off her leg, but I wish they’d shown even hints of that resentment in Arizona, after the initial rough patch, during the rest of the season. Instead, Arizona became positive about using her prosthetic leg; she and Callie even seemed to be in a good place finally. And then as soon as Arizona gets some attention from a beautiful, new surgeon, her resentment resurfaces. I think she just enjoyed being with Lauren and found a way to justify her actions by playing the leg card. I love Arizona and all, but I was disappointed to see her character take this turn. I wish she would take responsibility for her actions, instead of making Callie feel like shit. Will they break up for good? Nope! Shonda loves sending her fictional couples to hell before bringing them back for a happy ending. And that’s what she’s doing with ‘Calzona’ right now. I suspect that they’ll struggle through the tenth season, but will get back together before almost getting divorced, or something. 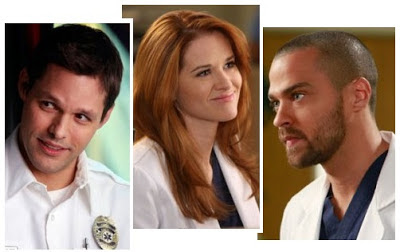 Let’s look at the Jackson-April-Matthew triangle. Jackson and April are meant to end up together, eventually, but for now, I really would like to see her being happy with Matthew. He’s a great guy and they have a lot in common, and he loves her (remember the hilarious proposal?). She did ask Jackson to give her a reason to not be with Matthew. However, Matthew did see her wild reaction to Jackson risking his life, so regardless of what Jackson does, I think Matthew will be the one to let her go. Speaking of Jackson risking his life, I was almost sure that Shonda had done it again and killed someone in a finale, until he came out of the smoke with that traumatized little girl.

A FITTING END BEFORE SEASON TEN
And then we were left with Webber on the basement floor. I don’t think he’ll die, because it would be stretching it. Shonda does kill off many people, but she wouldn’t kill two major characters in the same season. Besides, Webber has been through a lot, and he’s like a father figure to everyone. He deserves a happy ending with Catherine Avery. And while everyone’s happiness is at stake right now, I was happy to see at least Meredith and Derek happy with their new baby. 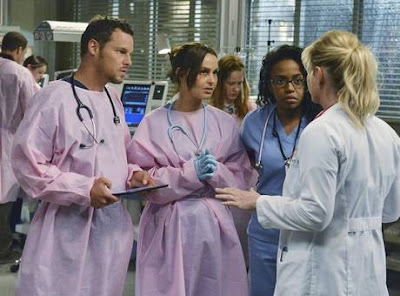 With that, season nine came to an end. I personally thought that it was a good, solid season. They followed through with the repercussions of the plane crash, with the lawsuit and the personal problems that the crash caused for everyone. There was the hospital take-over and name change. Bailey’s wedding, Adele’s death, and so many other things… And finally, even though some would say that ending with a disaster was so typical, I think that while it may have been a means to put everyone’s lives in turmoil, it presented a set of very real challenges before the hospital: casualties, a busy ER in a storm, the blackout, the lack of resources like meds and batteries, emergency surgeries, and professional growth for doctors like Yang and Ross. It was the perfect end to the season and it gives us a lot to look forward to from the tenth season. I’m sure Shonda Rhimes and her team will make it a big season, but after seeing so much happen over the last nine odd years, it’ll be very interesting to see how they make the tenth season big.

What did you think of the GREY'S ANATOMY season nine finale? Were you expecting a death? Do you think Callie and Arizona's relationship will survive? Do you think Richard Webber is dead? Do share your thoughts on what all we might see in the tenth season...
on Monday, May 20, 2013