‘CASTLE’ LOOKS BACK AS ‘TVD’ LOOKS AHEAD

I recently watched CASTLE’s flashback episode and THE VAMPIRE DIARIES’ backdoor ‘pilot’ of its spinoff, THE ORIGINALS. Here’s what I thought of them… 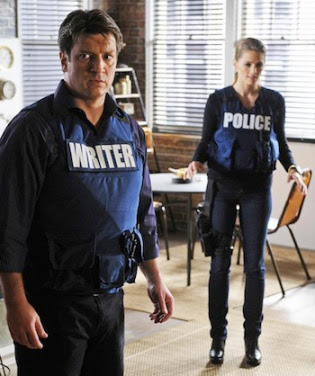 REMINISCING ON ‘CASTLE’
This has been quite a big season for CASTLE. First of all, a fifth season means that the show has gone beyond the big four-season mark. Second of all, they celebrated their 100th episode this season. And of course, this was the season when Castle and Beckett finally ended the whole will-they-won’t-they question, which kept most fans of the show looking forward to this part of their relationship. While the 100th episode was a fun, off-beat way of commemorating the milestone, complete with Kate and Castle talking about having worked on 100 cases together, I thought that the episode that would have been better as the 100th episode was the episode where Kate is standing on a bomb, while Castle, Ryan and Esposito try and figure out a way to diffuse it or get her out of there. During that episode, emotions were high for all of them, but for Castle and Beckett, who were, once again, trapped in a situation like the kinds they ever so frequently have found themselves in. One might have thought that at a tense time like that, especially since Beckett was preparing herself for the worst-case scenario, joking about who liked whom first might have been inappropriate. However, by establishing that argument much earlier in the episode, and then the very good writing in the latter parts, the mirthful argument seemed to fit right into place. Not only did it offer us a chance to revisit glimpses of their early interaction, and the various stages of their personal and working relationship, it also gave us a chance to look back at some of the stories that we’ve enjoyed over the last five-or-so years. From Castle’s belief in everything supernatural during such cases and Castle and Beckett getting caught in a room with a tiger or in a freezer, to Beckett getting shot and so on. It was like a beautiful gift to the loyal viewers of the show, with perfectly compiled montages of key moments in the series thus far. I thoroughly enjoyed the episode for sure. 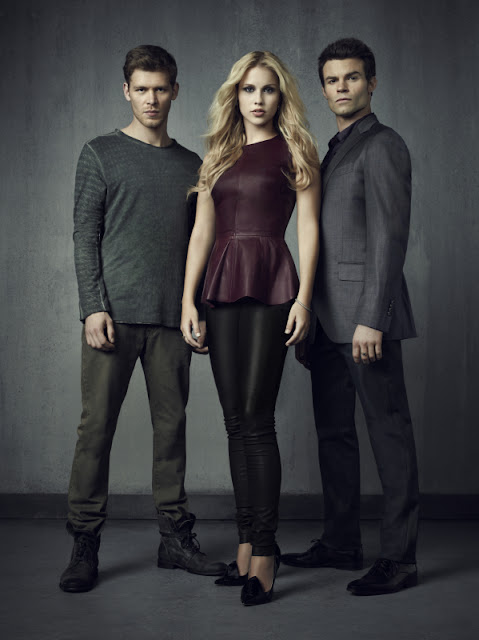 ‘THE ORIGINALS’ RISE
Currently, my favorite characters in THE VAMPIRE DIARIES are Rebekah and Elijah. Rebekah can be a bitch, but she has a very human side to her, a side that we saw when she told Stefan that she wanted the same things that anyone would want and when she told Matt that she’d like to be a good person. At the same time, she’s witty, sophisticated, looks good, and she’s an original! Then there’s Elijah. We haven’t seen that much of him in the last season or so, except for in the last few episodes. He’s sophisticated, commands respect, he has more integrity than most of the other vampires, and he’s also an original. On the other hand, Damon and Stefan have really bored me with their whole fight to find the cure for Elena. It’s like, over the years, it’s like their whole purpose of existence is Elena, and since she became a vampire, it’s become more apparent. I wasn’t too sure about a VAMPIRE DIARIES spinoff initially, but over the last few months, I’ve realized that the original vampires are actually the only interesting characters left on the show. Considering that, it’s no surprise that an episode, which focuses entirely on the originals, would grab my attention. I like how they’ve set a simple, yet effective premise for THE ORIGINALS, with Klaus deciding to bring down Marcel and his influence in New Orleans. Of course, knowing (creator) Julie Plec, this simple premise will eventually evolve into a complex and exciting plot. All of it will be welcome, especially if Elijah and Rebekah are among the main characters. That leaves me wondering what will become of THE VAMPIRE DIARIES! If all the interesting characters will move to THE ORIGINALS, TVD will be quite bland in season five. Even though Silas has been established as the next force that our main group will have to tackle, he’s a very one-dimensional character so far, with nothing compelling. I certainly hope the writers of up their game before going into season five, because otherwise, TVD will pale in comparison with THE ORIGINALS.

What did you think of CASTLE’s 100th and the flashback episodes? And are you also more excited about THE ORIGINALS than about THE VAMPIRE DIARIES?
on Monday, May 13, 2013