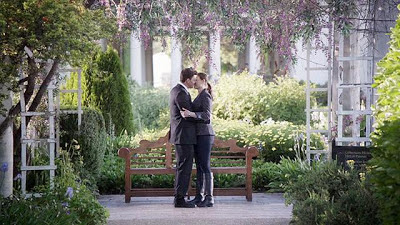 PELANT’S THREAT
After season seven’s finale, the season eight finale of BONES left me desiring more than what I saw. Season seven ended with Pelant sabotaging the credibility of the Jeffersonian ‘squints’ and even Booth, framing Brennan for his then most recent crime. That was one tense and action-packed season finale that had me at the edge of my seat. The cliffhanger—Brennan taking off with baby Christine, becoming a fugitive—was what made my jaw drop, making it one of the best season finales that the show had delivered in its seven years. This season, they followed through with Pelant’s game, when he returned, sometime midway through the season, and narrowly escaped with a gun-shot wound on his face, which Booth gave him. In my opinion, that would’ve been a more fitting season finale than the one I watched last night, even if they had to hold off on the Pelant story for the entire season. What I watched last night was action-packed and tense alright, but it was only as good as any case on the show could be. That Pelant was behind it all, playing mind games and wreaking havoc was a bonus for sure, but by the end of the episode, it’s like the writers were trying desperately to throw in a cliffhanger, and decided to make Pelant threaten Booth, forcing him to break off his engagement with Brennan. Now if that had been a complete break-up, with higher stakes for Booth, then it would’ve been understandable. As of now, Booth has simply told Brennan that getting married isn’t a good idea. Yes, that will probably affect their relationship in season nine, but they’re still together, and Booth can easily tell her the truth without Pelant finding out. I even think that maybe they should’ve ended the Pelant story altogether. At this point, we need a really mind-blowing end to the Pelant story, and I hope the writers deliver that next season. 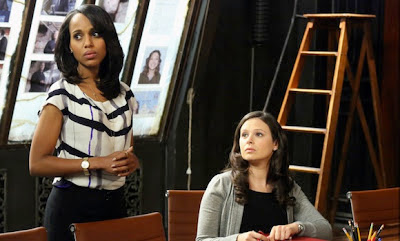 OLIVIA’S DISCOVERY
Ever since SCANDAL put the whole election-rigging storyline to rest—albeit temporarily, I’m guessing—I’ve been happy to see that they’ve gone back to the procedural drama, with a central story running in the background, instead of being the complete focus of the show. Although I do feel that the cases that Olivia and her team are getting are more suitable for private investigators than for crisis management people, especially the one in which Hollis Doyle’s daughter is ‘kidnapped’. Anyhow, the entry of Jake has kept me intrigued, with the whole mystery surrounding who the mole is, how he’s involved, and why he’s spying on Olivia. In episode 18, my jaw dropped when Olivia discovered what Jake had been doing. It was refreshing to see vulnerability in her character that wasn’t caused by her very infuriating romance with the president. While that mystery left me guessing, the Cyrus-James storyline was quite annoying. I was all for James to uncover the election rigging, but then he just perjured himself, which made him no better than Cyrus. And as much as I hated Cyrus being arrogant and smug about James choosing the (dishonest) man the Cyrus was, I have to admit that Cyrus was right. I guess the only person with a shred of integrity left on the show is David Rosen, but unfortunately, he has no one on his side to prove the things that he knows. But sooner or later, I do hope that the election rigging is uncovered. It would be even better if it is found out that the president killed Verna Thorne. 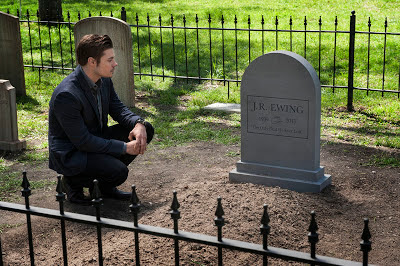 THE EWINGS’ VICTORY
The DALLAS season two finale offered the audience a great deal of gratification, as the Ewings bring down Cliff Barnes and Harris Ryland, both of whom are arrested for different things. While Pamela has defected to the Ewing camp, the writers have given Elena a motive to go against the Ewings. It seems like between season one and two, they’ve conveniently put both these younger women on a seesaw, wherein both can never truly be on the same side. What Elena will do is something we’ll have to wait and watch, but if her fight against the Ewings has to be strong enough, Barnes will have to back her, and that can probably happen only if he’s proven innocent. On the other hand, I didn’t quite get what Emma’s game was, when she was going back and forth between her mother and her father, and then brought all the evidence to implicate her father back to Ann. She seemed like this weak character who couldn’t make up her mind, and then we see that she’s in bed with John Ross. Obviously, John Ross has no scruples, and even though he does have feelings for Pamela, he’s clearly not above betraying her to get absolute power, even over the Ewings themselves. However, with Barnes and Ryland being brought down, I did suspect that the writers would have to go back to the Christopher-John Ross feud, because obviously the Ewing cousins can’t be in together in one big, happy family after they’ve both achieved what they wanted to by being allies. Where Emma fits in to John Ross’ scheme is something I look forward to seeing, and I’d also like to know what Pamela will do when she finds out about his betrayal, and realizes that she and Christopher are on the same side again. With the convoluted tale that DALLAS is, one can never know for sure who’ll be fighting whom in the next season. 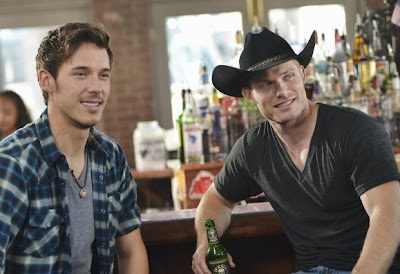 RELATIONSHIPS IN NASHVILLE
Moving to Tennessee, NASHVILLE doesn’t seem to have a central story arc, so one can’t know what the finale will have in store for us, but the latest few episodes have offered us interesting developments. There’s nothing really to write home about Rayna’s story, except that it’s a relief to see her and Deacon finally giving in to their feelings and attraction, after being annoying about it for so long, even though I thought that Stacey was good for him, despite the fact that we all knew it wouldn’t last. One character who I really enjoy in NASHVILLE is Juliette. She’s this bitch and a high-maintenance diva, but at her core, she’s just someone who’s desperate to make a human connection with someone. While her troubled relationship with her mother doesn’t allow her to depend on family, she’s been with two guys this season who she didn’t manage to form that connection with. With Sean, she got into it too strong, too soon, and screwed up. But then, Dante, who seemed like this stand-up guy who could be great for her, ended up betraying her. It was sad to see her go back to her cynicism of not being able to trust anyone. I was hoping that they’d show us a good mother-daughter moment when Juliette would apologize to Jolene and thank her for looking out for her. But right now it seems like the only good relationship that Juliette has is probably with her assistant. The relationship that is going right at this point is the one between Scarlett and Gunnar, but realistically, not without initial obstacles. I did appreciate the moments that Scarlett has with Avery, when he’s working as a roadie. It was kind of nice to see them make peace after his rough patch. I like that Avery didn’t spiral out of control after things didn’t go his way with the contract he had signed. Even Gunnar dealing with his brother’s death was handled quite well, followed by his endearing friendship with Will. It’s always sad to see a gay person develop feelings and an attraction towards someone who can’t reciprocate them, so I do hope that Will can salvage his friendship with Gunnar even after jeopardizing it by making a move on him. All in all, as a show that tells simple human stories, against the backdrop of the country music industry, I like how NASHVILLE is going.

What did you think of the BONES season finale? What, according to you, going to be the big feud in S3 of DALLAS? Where does Jake fit into the whole ‘mole’ story in SCANDAL? And whose story on NASHVILLE are you enjoying the most? Share your views below…
on Sunday, May 05, 2013