THE AMERICANS – A GRIPPING PILOT

FX’s long-awaited new spy drama, starring Keri Russell and Matthew Rhys, premiered on Wednesday with quite an impressive introduction to the series. Here are some of the highlights… 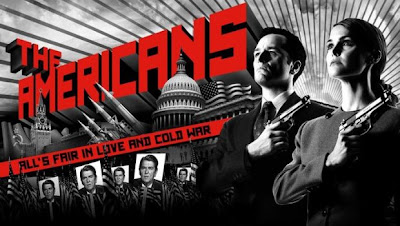 Set in the eighties, during the Cold War, THE AMERICANS, about two KGB spies, Elizabeth and Philip Jennings, living in suburban Washington DC made quite the impression on me with its pilot. Expectations were high, and I was not disappointed. It started with a sequence of operations under disguise, a chase, a kidnapping and an escape. That more than made for an exciting beginning. Cut to the suburbs, and we see Elizabeth and Philip with their kids, blending in, being regular suburban people.  They get on with showing how they find out details of the investigation following the disappearance of the man they kidnapped, as they decide what to do. Flashbacks into their pasts in Soviet Union give us insights into how they came to be fake Americans. The big surprise comes when their new neighbor, Stan, from across the street turns out to be an FBI agent. The rest of the pilot sees us through their decisions after the kidnapping, while we see Stan at work. And it ends with a hit of what's in store for us in the following episodes.

Here are five reasons why the pilot was gripping: 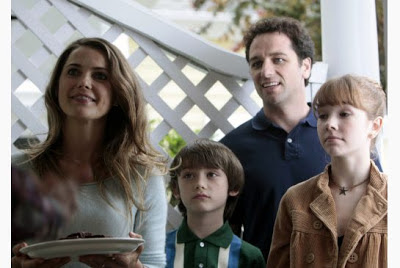 1 | Effective storytelling | The juxtaposition of the regular suburban lives that Elizabeth and Philip lead with the spy work and the strategizing makes for an interesting contrast. Regular activities like going to the mall or breakfast with the family gives us a breather from the heavy stuff, while also giving us a chance to see how real their pretend lives are. Still, they don’t get to deep into the family life, maintaining the focus of the show.

2 | A balanced use of flashbacks | While all the flashbacks in the pilot weren’t absolutely necessary, a few like the one that reveals how Elizabeth and Philip first met or the one that shows them first arriving in the States, etc helps us get to know the characters. It’s also a good means for character developement—showing us how far they’ve come and where they go from here. 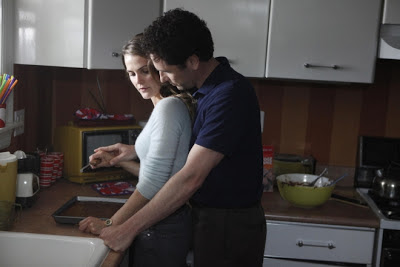 3 | The relationship | Elizabeth and Philip may have been ‘married’ for years, but their interaction is professional and means business when they’re alone. At the same time, we see that there is mutual respect, and they do care for each other (even though it may be more from one side). There is a physical attraction even. The relationship is complicated and has many levels—and that is the simplest way to describe it. It has so much potential and could be very interesting to see evolving. 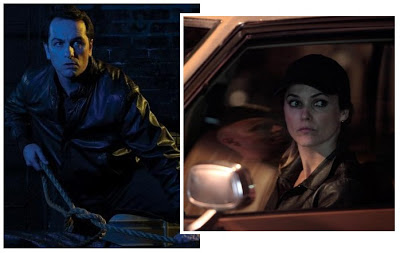 4 | Good performances | Both Keri Russell and Matthew Rhys have already had a chance to show their talent in the pilot itself. Their performances have the subtleties required to portray the complex relationship that is described above. They make Elizabeth and Philip look professional as spies, and they kick some serious ass in the action sequences. They’re a treat to watch indeed, and I feel like they’ve been cast perfectly. And if you’ve heard Rhys’ original Welsh accent (which I hadn’t heard back when I watched him in BROTHERS AND SISTERS), you’ll be thoroughly impressed with his American accent.

5 | The presentation | Production design is flawless, from the décor in the house to cars and the technology in appliances seen, everything reflects the eighties perfectly. The costumes, hairstyling and make-up also do justice to that decade, right from Russell’s high-waist jeans, to Stan’s wife’s hairstyle. Even the print of the episode made it look like I was actually watching something from the eighties. I love period dramas, and they’re definitely doing a good job with this one!

Clearly, I would recommend that you watch the pilot, if you haven’t. And those who have, while we look forward to episode two, do share your views below, on THE AMERICANS and what your expectations are.