After two episodes of Fox’s new drama, THE FOLLOWING, let’s take a look at the show’s potential and where it could go… 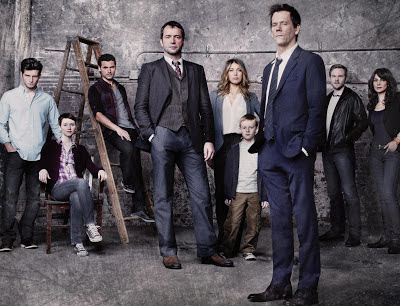 When I first heard about THE FOLLOWING, I was intrigued by the idea of someone creating a cult of followers to go on a killing spree. I imagined that it would be a psychological thriller, and that genre sounds exciting without knowing what the show is about. Two episodes in, the show has managed to thrill me and make me want to know more. What makes it more exciting is the fact that the bad guy is behind bars. The pilot started off with a bang—one shouldn’t have expected any less. The writers grabbed our attention immediately. The reason for the FBI to call in former agent Ryan Hardy is more than justified. And then they throw in a scene like the one in which that woman stabs herself in the eye. What follows is a discovery of who is part of Joe Carroll’s ‘following’, as it becomes increasingly uncertain as to who’s involved and who isn’t. The carrying out of Carroll’s first mission to complete what he had started before being caught initially made a compelling pilot plot, to set the tone for what he had been preparing for over the last eight years in prison. 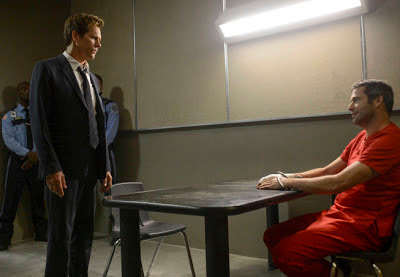 Hearing Carroll talk about how he plans to write the ‘sequel of his previous work’ is sick, obviously, and it’s disturbing to imagine how he managed to brainwash so many people into helping him carry out his mission, to say the least. However, what I would like to see over the next few episodes is how he brainwashed them into committing gruesome acts. As a teacher and a writer, he was charismatic and charming, to an extent that he could ‘cast a spell’ on some people, but to really be engaged in the show and not rely on my suspension of disbelief, I would want to know more about the psychological mind-games that he played with these people to convert them into pawns for his big game. Of course, there should be more of an indication as to what his end-game is. But then, I suppose we’ll have to wait for the show to progress as we discover that. It’s one of those shows that need some time to unfold in order for the audience to really get the whole picture. 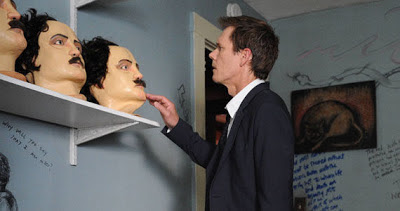 In the mean time, the idea of not being able to trust anyone is a good means to keep the interest going. When a potential target is alone with a cop, I’m at the edge of my seat, not sure that there isn’t going to be blood or stabbing. At the same time, I do wonder why the swarming FBI agents and cops would even let two people be alone, during times of potential danger, since no one can be sure of what might happen. That does make it seem a little gimmicky, but it still makes for an effective way to thrill the audience or startle us every once in a while. Another storytelling tool that is widely used is flashbacks, which EP Kevin Williamson relies on a lot. It’s sometimes distracting from the present, when we’re taken away from the main action into an exploration of back story, but then, when there’s such a big question as to how things led up to being the way there are, flashbacks are understandable. I still think that there might be a better way to intersperse the flashbacks with the current action. And speaking of back story, what makes it really personal for both Carroll and Hardy is the fact that Hardy has been involved with Carroll’s ex-wife. Claire’s character adds an interesting element to the series, as we discover the story of how she moved on from being married to a psychotic serial killer. What would add even more value to that angle is if we got an insight into their marriage, and how she discovered his secrets that eventually made him the villain in her life. 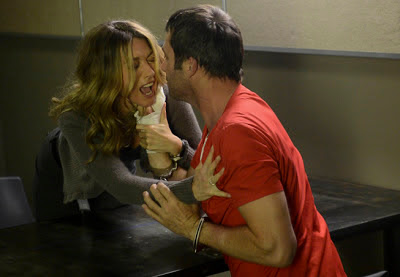 Among the performances, Kevin Bacon does a decent job, as a man who’s seen it all and has been pulled back into a world he’d left behind. The depth of Hardy’s frustration is seen only in bits and pieces. Bacon does the cynic act well, as he doesn’t show much of a reaction to the discoveries that they make, as Hardy knows that they should expect the unexpected. James Purefoy is subtle as Joe Carroll. His sinister calm and resolve, as he teases everyone, is eerie, which makes it a good performance. I would’ve expected more from Natalie Zea, as a woman who’s dealing with the horror of her past showing up as a terrible nightmare. Claire’s deep involvement in the story and the events that we see don’t seem as deep as they are, through Zea’s portrayal.

All in all, the show is intriguing and it has potential, but I’m still waiting to be completely engaged. I’m open to discovering more, as we see the first season progress. But I do hope that by the end of the first season, we have a better idea of Carroll’s long-term plan, to make it more consequential for the audience.

What have you thought of THE FOLLOWING so far? Has it lived up to high expectations?