WHERE DO THEY GO FROM HERE?

The latest seasons of Showtime’s two biggest dramas—HOMELAND and DEXTER—ended on Sunday with a renewed sense of direction. One indicates that there’s a lot more coming, when the end already seemed near, while the other was terribly disturbing, but opens up doors to so much more that can happen. Read on and see if you’re thinking what I’m thinking. 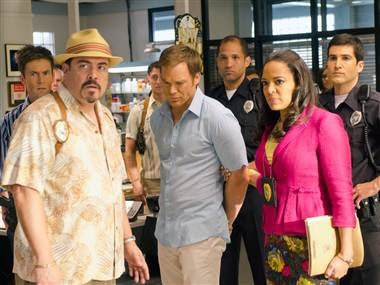 One can undoubtedly say that this was one of the best seasons of the show yet, especially after the last season, which was rather disappointing. The season was completely focused on the central story arc—the repercussions of Deb finding out about Dexter’s secret. To make it more intense, they threw in LaGuerta looking into the ‘bay harbor butcher’ case again. The finale was a culmination of that, and the sight of Dexter being arrested and paraded through the station was something we’ve all feared right from the beginning. It was an effective way of beginning the finale, before all hell broke loose for Dexter and Deb. LaGuerta decided to start over by looking into Dexter and Debra’s involvement in the church fire, and that brought on all kinds of survival instincts in Dexter. I’m not so sure that where the writers took it from there was the best way to handle the storyline, because it messed things up completely. I’m sure there could have been another way to stop LaGuerta from digging further, rather than having Dexter make the hasty decision of taking her out with Estrada’s death as the cover story. 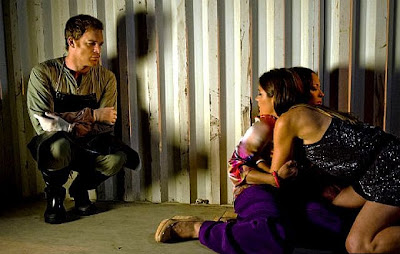 The last few minutes of the finale were tense as hell, making the climax even more chilling than when Deb walked in on Dexter killing Travis Marshall in the previous season’s finale. However, I wasn’t convinced with Deb’s impulsiveness when she finally pulled the trigger, because she had been standing there holding the gun for a while. It surely wasn’t a reflex action. But then, I wouldn’t know what it’d be like for someone to be in a situation as messed up as the one Deb was in, so I’ll give the writers the benefit of the doubt there. But it disturbed me to no end. To see LaGuerta dying like that was horrible. Apart from fact that I liked her as a character, she didn’t deserve it. And then the way Deb went and held her after shooting her was gut-wrenching. Dexter’s helplessness formed the perfect background in that shot. 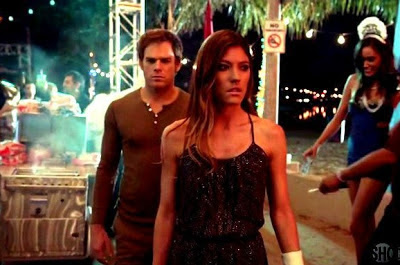 The big question now is, where does it all go from here? An innocent person was killed. That even goes against Dexter’s code, and it’s Deb who killed her! How will she live with that? What’s it going to do to her? How will she go around catching murderers like Hannah McKay knowing that she’s a murderer herself? Answers to these questions will obviously provide the writers enough material for the next season, and it’ll be interesting to see how they handle this. Of course, an investigation into LaGuerta and Estrada’s deaths is bound to pose a problem for Dexter and Deb. And then Hannah’s also escaped, so there’s going to be more on her storyline as well. All said and done, the final season will definitely be explosive, but looking at things the way they are right now, I don’t see Dexter or Deb getting any kind of happy endings by the end of it all. I won’t be surprised if Deb eventually turns herself in or even ends her own life. I suspect Dexter will eventually get caught, or he’ll escape from Miami and disappear altogether. 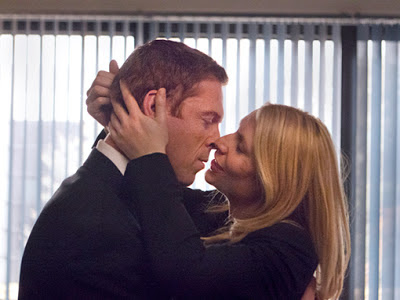 By the end of its first season, Homeland was already a huge success, and the second season couldn’t come soon enough. And it started with a bang. A few episodes in, Saul and Carrie and Estes had already found out the truth about Brody, and I wondered where it would go from there. They spun things around and made him a double agent, and that answered my question. The season saw a lull period, when things almost started to get boring, but when Abu Nazir showed up in the States, that turned around completely. I guess the writers are great with that, throwing in surprises every now and then to keep things interesting. Walden’s death was one of those surprises. It was an ingenious way to kill him, and I was actually happy for Brody to see him get some closure from the one thing that turned him against his own country—Isa’s wrongful death—even though I’ve always thought that the attack that killed Isa might have been orchestrated by Nazir himself, as part of a master-plan to turn Brody. 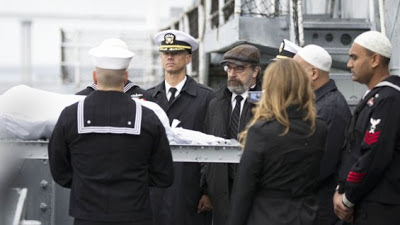 By the penultimate episode of the season, I was again surprised to see how much the writers were already doing. Nazir, who I’d always imagined as being this mighty terrorist like Bin Laden, was dead, leaving me to again think: where do we go from here? The finale started off quite slowly, and halfway through this episode that was over an hour long (with even the opening credits omitted), I was waiting for something explosive to make it season-finale worthy. And something explosive was just what I got. It was poetic to see Nazir’s body fall into the sea just as the blast in the CIA took place—like his final master-plan saw its climax just as he was being put to rest. And the blast also answered my question yet again. It opened up so many avenues to take the show forward. It was a brilliant way to end the season. The news playing the tape that Brody had made before his almost suicide attack in the previous season’s finale was shocking, especially because Jessica and the kids were watching it. No one would believe the guy who’s already cried ‘wolf’ once before; even Carrie’s immediate reaction was to suspect Brody. The next season will obviously be about Carrie proving Brody’s innocence, but given her personal involvement, there’ll obviously be a limit to her credibility.
I liked the subplot of Estes’ plan to kill Brody, keeping Saul quiet, and then how Quinn got involved. I wasn’t sad to see Estes die eventually. Among other characters, I enjoyed watching Quinn and Roya Hamad throughout the season. I hope they serve some purpose in the next season too. By the end, it was heartbreaking to see Carrie leave Brody as the fugitive he was. However, I don’t see how a fake passport or identity can get him very far, given that he’s now America’s most wanted. But let’s wait till next September and see what happens. There’s so much to look forward to from HOMELAND season 3!