COMING SOON – SHOWS TO LOOK OUT FOR

As the winter finales have begun to leave everyone with much less television to watch during the holidays, there’s a lot of good TV coming up in the New Year—a few returning shows, and a few brand new ones. Some new shows have premiere dates as early as in January, while others are still being developed and/or are in production. Here are a few of them that I’m going to be looking out for… 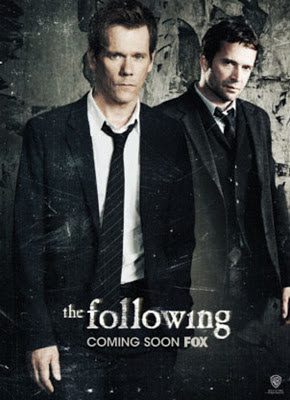 If you think there’s been enough crime on scripted television, think again. THE FOLLOWING, from EP Kevin Williamson (THE VAMPIRE DIARIES) gives us a view of serial killers, like never seen before. Kevin Bacon plays a retired FBI Agent, Ryan Hardy, who is called in to hunt down Joe Carroll (James Purefoy), a serial killer who escapes from prison, out to show the world a ‘sequel’ of his earlier killings. As he goes about creating a cult of murderers, Hardy gets consumed by his search for Carroll—a feat he’d pulled off about eight years ago, for which he’d sacrificed everything. The premise might not make as much of an impact as the trailer will (see below). Once you’ve seen it, you sure will want to know more about Joe Carroll and his end game. This show is bound to put a whole new spin on the cat-and-mouse genre, and give procedural drama a new meaning. This show seems to be the ideal ground for Kevin Bacon’s return to television. I suspect it’ll garner popular appeal as well as critical acclaim.

It’s been a while since a new medical drama hit the tube (and stayed on the air). With HOUSE MD over, PRIVATE PRACTICE ending and EMILY OWENS MD canceled, MONDAY MORNINGS comes at just the right time. From David E Kelley (DOOGIE HOWSER MD, PICKET FENCES, CHICAGO HOPE, LA LAW, ALLY McBEAL, THE PRACTICE, BOSTON PUBLIC, BOSTON LEGAL, HARRY’S LAW) comes this medical drama that follows five surgeons’ careers, with their weekly morbidity and mortality conference as the backdrop. The surgeons of Chelsea General Hospital in Portland, Oregon, come together on Monday Mornings for a confidential review of complications and errors in patient care. Starring Alfred Molina, Ving Rhames, Jamie Bamber and Jennifer Finnigan, the series is based on a book by Dr Sanjay Gupta, who is also an EP for the show. The premise of the show is rather simple, but a medical conference as the setting could make it quite intense and gripping, which I say based on all the conference-based episodes of GREY’S ANATOMY that I’ve watched. Good actors among the cast are bound to make it worth watching for more than one reason. 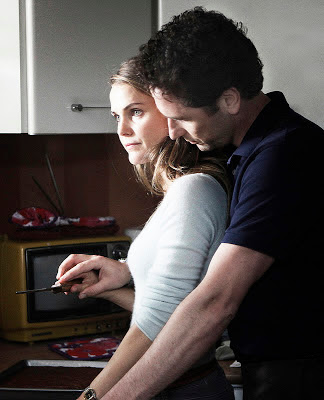 Production for this series began recently, and we already know that it’s going to premiere in January. Starring Matthew Rhys (BROTHERS AND SISTERS) and Keri Russell (FELICITY), this is a spy drama set in the eighties. Phillip (Rhys) and Elizabeth (Russell) are KGB spies, living undercover as a married couple in Washington DC. Their relationship becomes more intense through the Cold War, and also because of the presence of an FBI Agent who lives next door. From Joe Weisberg (FALLING SKIES) and Graham Yost (JUSTIFIED), this ambitious project has an intriguing premise, but with little known about what their story is, one can only wait and watch. It stars good actors and who doesn’t like a good spy drama! 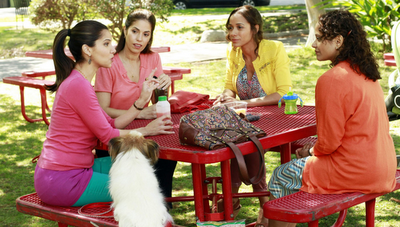 From Marc Cherry (DESPERATE HOUSEWIVES), DEVIOUS MAIDS was rejected by ABC, and then Lifetime ordered it to series. The show is based loosely on the Mexican telenovela THE DISORDERLY MAIDS OF THE NEIGHBORHOOD, and is about four ambitious housekeepers, who work in a rich neighborhood in Beverly Hills. Based on the promo of the show (see below), it seems like the pilot will feature a mysterious death, in true Marc Cherry style. The murder is bound to throw up several questions about the characters—the wealthy Beverly Hills residents and the maids. A premise like this has potential, but I sure hope Marc Cherry brings something fresh to the table, instead of revamping DESPERATE HOUSEWIVES-esque story ideas. The cast, comprising Ana Ortiz (UGLY BETTY), Judy Reyes (SCRUBS), Dania Ramirez (HEROES, ENTOURAGE) and Roselyn Sanchez (WITHOUT A TRACE), is impressive. I really hope this show doesn’t disappoint, especially after HOUSEWIVES’ successful eight-year run.

THE GILDED AGE | NBC | In Development
Julian Fellowes, the creator of critically acclaimed British series DOWNTON ABBEY, is developing this period drama for NBC. Being called ‘America’s very own DOWNTON ABBEY’, THE GILDED AGE will be set in a time, not far behind DOWNTON ABBEY. The show will be about the millionaires of the late 19th century New York City. Fellowes himself says, “This was a vivid time, with dizzying, brilliant ascents and calamitous falls, of record-breaking ostentation and savage rivalry; a time when money was king.” NBC describes it as “an epic tale of the princes of the American Renaissance, and the vast fortunes they made – and spent.” Period dramas sure have become a big trend in the last decade, with shows like MAD MEN, BOARDWALK EMPIRE, ABBEY, etc making a strong mark, and this one is definitely going to be one to watch out for. Incidentally, a show with a similar concept, called THE GILDED LILYS, from creator Shonda Rhimes—about the opening of New York’s first luxury hotel in the 1890s—was rejected by ABC earlier this year.

PAPER | HBO | In Development
Another intense subject like those covered by THE FOLLOWING and THE AMERICANS, PAPER will be about a former cocaine dealer and gangster, from Buffalo, NY, who decides to change his life by getting into business as a professional debt collector. As expected, his new job becomes as dangerous as his old one. The show, being executive produced by Wells Tower, is being developed by HBO, with Brad Pitt’s production company, Plan B. At a very nascent stage, not much has been revealed about the project except that the series is based on an article about a drug-dealer-turned-debt-collector from Buffalo, where debt collection agencies and employees are in big numbers. The premise seems a little odd to me, but maybe that’s simply because I don’t know about debt-collection. But still, since it’s HBO at the helm, I look forward to learning more about the project and discovering its potential.

Which shows out of these are you most looking forward to? Do share your thoughts on these new projects below...
on Saturday, December 01, 2012