While there’s still quite a bit to catch up on, with new episodes of all the shows pouring in one after the other, I’m just putting down my thoughts on how some of the new seasons have begun… 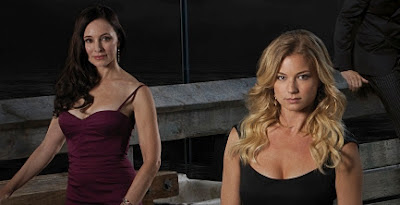 I was horrified to her Charlotte speak of Victoria’s funeral, and I watched the credits in total dismay when I didn’t see Madeleine Stowe’s name there. I couldn’t believe they had actually killed her off. I could see the show going in a completely different direction, where the Graysons would not feature except as minor complications now and then. With Emily having found out that her mother was still alive and Conrad revealing that there was a bigger power involved in the framing of David Clark, I thought they’d done away with the original premise of Emily vs Victoria and the Graysons, and I was losing hope of the alternative. But all that changed thirty minutes into the episode. Victoria was alive! And by the end of the premiere, I knew that while the show was indeed going to go in a slightly different direction, the essence would still be the same. I’m glad I stayed off spoilers. The premiere came as a pleasant surprise to me. 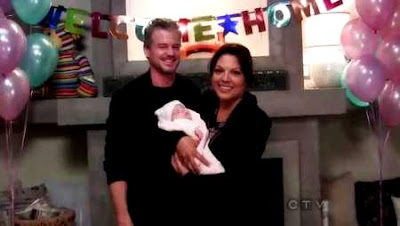 I don’t think Seattle Grace-Mercy West has ever been so depressing, not even after the shootout. No key characters had died back then, and while there was PTSD then as well, this was different. Sloan was on his deathbed, Arizona’s fate wasn’t known, the new attendings were all over the place, Derek and Callie were down in the dumps, and Bailey was acting like an idiot. I know they probably threw in the Bailey comedy to try and make things lighter, but it just annoyed me. Christina’s big fancy fellowship turned out to be in some (seemingly) small-town hospital in Minnesota, where she’s working with a bunch of backward people, which I did not buy. Despite that, I thought that her and Meredith’s PTSD was shown really well. I thought Hunt going out of his way to offer Kepner her job back was a bit much, and totally inconsistent with how he’d fired her without giving it a second thought. The changes in Meredith are fine, but I hope they delve into how she became Medusa, because it feel like something is missing. However, there were positives as well; how Sloan died for instance. It was very sweet to have Callie and Derek by his bedside, with Avery having updated him on their cases before that. Alex Karev was completely endearing, reminding me of why I love his character and the twisted ways in which he shows how much he really cares. I was horrified beyond belief to see Arizona’s state in the end. But I’m sure that things will come a full circle, with Callie going into some high-tech prosthetics research to get her a leg, especially since she blames Callie. Even though things look really messed up, I didn’t hate the premiere. There’s a lot of healing to happen, and it’s a work in progress. We just have to be patient. 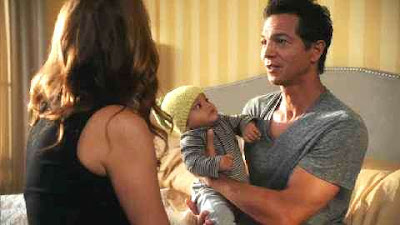 The narrative of the episode was very interesting, especially because of how they kept the suspense, of who Addison chose, alive through it. I was thrilled to see that it was Jake. I just hope she doesn’t mess it up and gets married to Sam by the end of the season. Pete’s death was no surprise (Shonda Rhimes loves killing characters), but the undignified way in which they ended his story was a major disappointment, and I’m sure it was a major let-down for Tim Daly. I was shocked when Charlotte finds out she’s pregnant with triplets. That’s quite insane and I don’t like it. Amelia’s story was nice and positive, and Sam’s new romance with the maternity nurse was also quite refreshing. I like how the episode was written, with all their stories coinciding but truly coming together for us only towards the end, revealing details that had kept the suspense going. The season’s going to be a shorter one. I just hope they do some good writing to redeem themselves for how they killed off Pete. 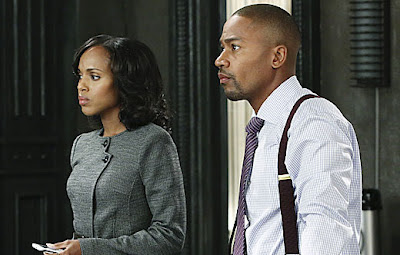 If ‘Gladiators in suits’ was the punchline for season one, I think this season’s punchline was ‘Who is Quinn Perkins?’ It annoyed me that that had become the focal point of the previous season’s cliffhanger, because Quinn was a supporting character, whom I didn’t really feel attached to after just seven episodes, so the punchline didn’t’ work for me. However, they made that better by making Quinn’s past so much more interesting, and (yet unknown how) relevant to Olivia. I thought they did a good job of carrying forward the story of the torn lovers, Fitz and Olivia, with The First Lady’s interference in presidential politics adding a good dose of subplot conflict to the episode. And I even liked how they played out the congressman’s sex tape controversy. However, I thought the end of Quinn’s case and her acquittal was very abrupt, leaving me completely unsatisfied. I really wish they follow through well with the secret that Olivia is keeping, because as of now, I’m still not excited about it enough to be waiting at the edge of my seat to know what happens. The premiere did leave me wanting more, not necessarily in a good way and I hope the season picks up pace soon. 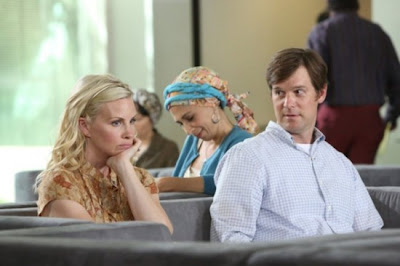 I’m three episodes into this one already, and I like what I see. It’s heartbreaking to see Kristina go through cancer, but I’m loving her and Adam’s relationship even more with this development, after Haddie’s departure put a strain on them. I like Sarah’s new job storyline and I enjoyed seeing a glimpse of Colonial Street, Universal Studios (Wisteria Lane, DESPERATE HOUSEWIVES), during Sarah’s first assignment with Hank. I like their chemistry and their awkward, but genuine relationship. I love Mark and Mark and Sarah together, but a part of me really wants to see how Sarah and Hank would be as a couple. I think they’re doing a good job of Julia and Joel’s addition to the family. Moments like when she says that she’s waiting to fall in love with her son, and when she waits for him in the school parking lot, were so real and beautifully done. I like seeing Crosby and Jasmine married as well… The thing is: I’ve rarely had any complaints against this show, and I’m glad that this season is not changing that for me.

I’ve put these two shows together because I have pretty much the same thing to say about them, after they both had pretty intense finales last season. All that I have to say is that I’m very glad that they followed through with the intensity of how they left things last season, keeping that excitement going. Booth and Brennan grabbed the Pelant case by the horns, but it only ended in a whole new mystery, which they may not have followed through with in the second episode, but that’s alright. As long as the suspense element is strong enough, even if they play it out through the season, it’s good.

Castle and Beckett found out who was responsible for her mother’s death, and encountered another huge obstacle. Beckett’s journey and life-long purpose carries on, as the premiere did not divert from that. Both the shows have exciting central storylines going for them, and that’s what makes their respective current seasons look so promising. 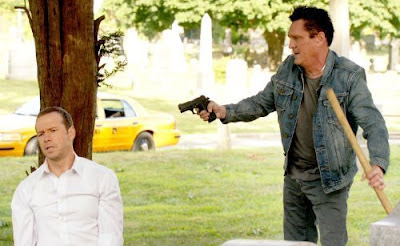 The Reagans were back with a bang! The cases were compelling because of how personal it became. I loved how they ran both stories in a parallel way, both very intense. I was moved by Frank Reagan’s approach towards the accidental shooting; how he dealt with the victim’s mother, as well as the shooter’s guilt. Danny’s predicament made me think of how apt this case was for a season opener. Although, I do think that if they had prolonged the case, added complexities, and kept the final confrontation for a later episode, it could have been a good idea for a longer story arc, lasting for about half a season. However, at the end, I was happy to see the family back around the dinner table, all together again.

What are the premieres that you've been catching up on? Do share your views on the new TV season 2012-13 below...