Before tonight’s primetime fare, I’m taking a look back on some of the Sunday night shows that premiered last week… 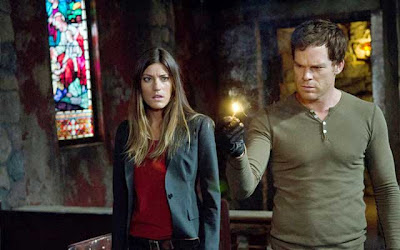 Most DEXTER fans I meet say that the season they liked least was season three, but for me, it was season six, not just because of the central storyline of the season, but also because Deb went all psychologically incestuous and all. However, the best thing about the last season was the last few seconds, when Deb walks in on Dex stabbing Travis. What really impressed me about the season seven premiere was the fact that they followed through with that and didn’t just find a way to let is pass or save it for the end of the season or show. Of course anyone who’s seen the trailers, or read interviews of the cast or showrunners, would know that they would be following through with Deb’s discovery. The conflict of the Deb the lieutenant and Deb, the killer’s sister was played out extremely well, with her freaking out about what she’d seen, but doing what she could to help Dexter, albeit reluctantly. And while Dexter was planning an impromptu escape, what blew my mind was Deb’s recollection of being on a table like she’d seen Travis on, wrapped up in plastic, just like Dexter had done to Travis. Flashes of her memory from the ‘ice-truck killer’ season finale just made me think that it was just what she needed to stop trusting her brother blindly. Her finding out the whole truth may not necessarily be something that I want, but at this point, us waiting for that is the most interesting part of the show. An evolution of the show was long overdue and this is the right thing to happen. 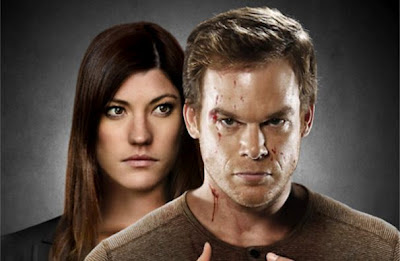 Apart from that, I’m intrigued to find out more about the main case of the season, the Ukrainian hot-shot whose man was killed by Dexter in the airport, and the involvement of the strip-club owner. It was an excellent way to begin the story. Also, Louis being skeptical of Dexter, and canceling his credit cards and accounts is probably going to go somewhere big. But while we wait for that, I have to say that the way the premiere was oddly poetic. The previous season ended with Dexter saying ‘oh god!’ when Deb walks in on him, and this season premiere ended with him saying ‘yes’ when she asked him if he’d killed all those people whose blood was on the glass slides that she found. Strangely, it feels like the beginning of the end of the show; yet, there’s another season after this one. We’ll just have to wait and watch how they play the end out till then. For now, let’s just look forward to episode two tonight. 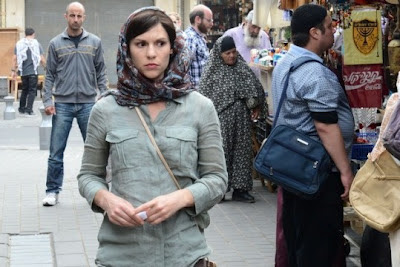 It’s the show of the hour, and the show of the year! Showtime’s first ever Outstanding Series win at the Emmys, as well as Emmys for both the lead stars makes HOMELAND quite a critically-acclaimed as well as popular favorite. And the season two premiere did not disappoint either. I was sad to see Carrie leading a life away from the CIA in the beginning of the episode, but the way she gets thrown back into the action on being sent to Lebanon was thoroughly exciting. I was most impressed with the evolution of the purpose of Brody’s character, from being a terrorist with a suicide-attack mission to being a politician having the opportunity to influence international and military policy. It was a great transition, with even bigger things in store for us, as he might be headed for the Vice President’s office, by probably the end of this season. 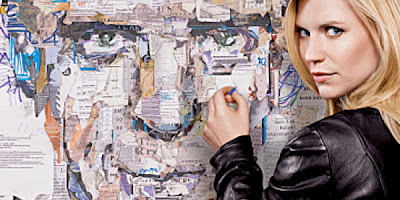 Yet, Abu Nazir sent him a mission to obtain something from the CIA Deputy Director’s office. At first, I thought he might not agree, sticking by his position on the new nature of his work for Nazir, but as soon as the journalist mentioned the kid that died when Brody was looking after him, I knew that he would carry out the mission. And while that was executed well, what really moved me in the premiere was the father-daughter connection between Brody and Dana. Their strong bond was shown to us last season when he told her about how he’d adopted Islam, kind of breaking the ice between them, after he was away for eight years. Then, he aborted his suicide-attack mission, which was then his only purpose, because his daughter made him promise that he’d return that night. In the premiere, he stood up for her when she was in trouble in school and with her mom, and I thought that the scene where she helps him bury the Quran was really beautiful. Moments like these really make the show so much more effective. And now, as the season continues, with the show evolving, I look forward to seeing how Carrie will find her way back to working with or for the CIA full-time. 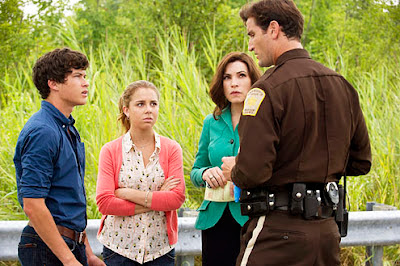 “Looks like we’re headed for an even odder [year],” said Diane Lockhart to Will when they were toasting to his suspension from the law ending. It was probably an indication of how the season would be. We know that Peter’s campaign as he runs for Governor of Illinois will probably form the backdrop of the season, with new media obstacles headed their way, in the form of Peggy Bryne. Two important guest stars of the season made their appearance in the premiere, and I’m looking forward to seeing more of their characters. THE GOOD WIFE has always been so thorough with the development of even guest actors’ characters, and that’s what makes big stars heading to the show very exciting. The highlight of the premiere was the Alicia representing her son in court. It was ideal for the opening of the season that will mark the Will’s return to court, the progression of Peter’s campaign, Lockhart-Gardener trying to get out of trouble, and Kalinda dealing with her husband, with all these matters being delved into right in the beginning. It was personal and effective, and it brought out some good mother-son moments. I could almost imagine Zach as a lawyer some day, working with his mother. 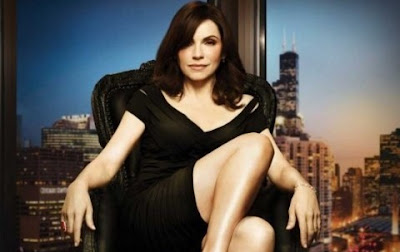 Of course, it began with Kalinda in that chair, the way the last season ended, and I thought she kicked some serious ass in the opening scene. I really liked the scenes featuring Will and Diane. I’m always happy to see their friendship and how good they are together as partners, looking out for each other, and keeping things transparent for each other. Alicia being interviewed, Peter confronting the Madison County State’s Attorney and David Lee being shown his place by Clarke Hayden were some of the other scenes that made it a good premiere. I always have high expectations from this show, and with all that’s in store for us, the expectations are even higher.

What are you looking forward to most in the current seasons of DEXTER, HOMELAND and THE GOOD WIFE? Do share your thoughts below...