AN APT END FOR ‘DAMAGES’

Earlier this month, DAMAGES came to an end. The show about the rivalry and twisted relationship between two very compelling characters signed off on the best possible note. Here’s why I thought so… 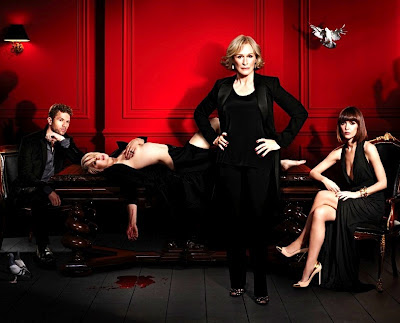 When the final season of DAMAGES began, there was excitement over everything that I was looking forward to. The promos had revealed that it would revolve around the final showdown between Patty Hewes and Ellen Parsons, two of the strongest female leads that I’ve seen on TV. And as the season progressed, I realized just how much the swan song of the show had lived up to the hype created by the trailers as well as my own expectations. Ryan Phillippe made a good addition to the cast, and even though he’s been known to play the arrogant, angry, young man with the right attitude, his performance was still impressive. Jenna Elfman’s role turned out to be less than I’d imagined, but she made quite an impact as well. However, unlike the previous seasons of the show, in which the main ‘villains’ were always known, this season kept us guessing as to what the truth behind this final case would be. 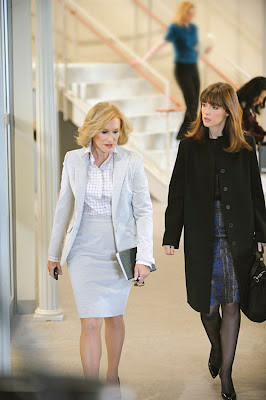 Let’s start at the beginning. The custody [of Katherine] battle between Patty and her son Michael, a storyline that began last season, had kept me wondering where it would lead. And I was thoroughly impressed that they carried that forward as such an integral part of the final season. While the McClaren-Walling case kept my attention away from the custody case, the sudden emergence of Patty’s father drew me right back into it, in a rather unexpected way. Speaking of which, the introduction of Kate Franklin’s character added a lot of value to all the important parts of the season. I guessed in the beginning itself that she was probably Patty’s sister, but besides that, even as Ellen’s employee, she made an impact, becoming a strong contributor to the big case of the season as well. 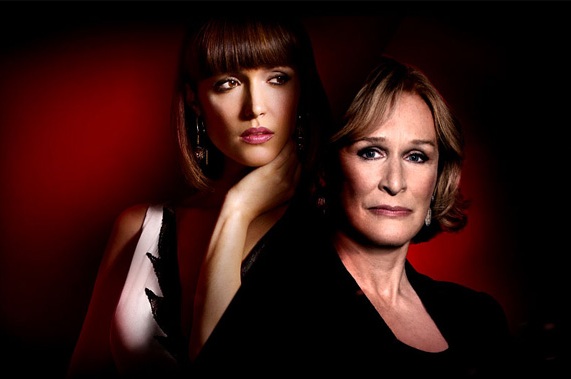 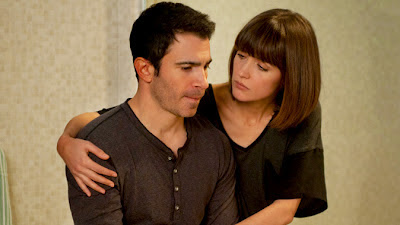 Ellen, of course, had a lot of baggage to take care of. Her desire for revenge against Patty consumed her in a way that did wonders for her. Patty may have been responsible for her becoming McClaren’s lawyer, but Ellen took it from there, showing us just how shrewd and ruthless she could be, just as Patty had always been. Her character’s emotional strength, which had been building up and was evident for quite some time, may have reached a point where the thirst for revenge might have become a major weakness for her, but it also showed us how a woman who was fiercely protective of her her mother, from her abusive father--a very powerful sub-plot of the season. It was good to see that a relationship with Chris was also developing, just as it was nice to see Chris Messina becoming a fixture on the show, instead of his character fading away after the drama of the previous season. 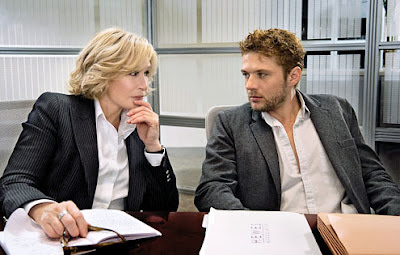 Coming back to the case, which was more ‘Hewes vs Parsons’ than ‘McClaren vs Walling’, it was intriguing throughout, more than living up to all the twists and unexpected turns that the show has shown us so much of. The ways in which Patty and Ellen crossed each other, yet coming together when they had a common goal, was nothing if not poetic. There were moments, like the time when they both ended up paying $500,000 for some information on the case, when I was rolling my eyes, but the overall brilliance in the writing this season more than made up for it. The clips from the future (the timeframe of the finale) that they kept flashing to us during the season came off as a little too gimmicky, simply because of the number of times that they were flashed at us. However, it all wound up perfectly together in the finale, with the most unexpected end to not just the McClaren-Walling case, but also to the custody battle. 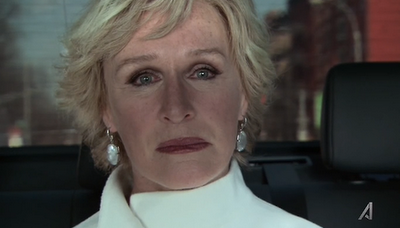 The epilogue reminded me a little of how The Devil Wears Prada ended, but of course, this was way more twisted and darker than that. It saddened me to see Patty and Ellen finally going their separate ways, but I was also glad to see Ellen finally at peace with herself after having left her past behind her. Despite all her ruthless and conniving ways, I was happy to see Patty get a (somewhat) happy ending, with Katherine in her life. The two lead actresses did a phenomenal job. Rose Byrne outdid herself as she portrayed the wronged, but stronger-than-ever Ellen, and Glenn Close can obviously do no wrong. Close was exceptionally outstanding when Patty has a final confrontation with her father on his death bed. She made the lifelong pain and anger towards him for his unforgivable betrayal ever so real. The series truly ended in the best way possible. References to the past, drawing out the strong relevance of some of the most insignificant moments from seasons ago, and pulling out all the skeletons out of the season-one closet made it an apt farewell to one of the best dramas I’ve seen in the last decade. DAMAGES will be missed.

I know there aren’t that many DAMAGES fans out there, but those of you who are, please let me know what you thought of how the show ended.