THE WONDERFUL LIVES OF DESPERATION

After eight years of seeing four women and many more, who came and left, leading quiet and not so quiet lives of desperation, things seemed to come a full circle with the end of DESPERATE HOUSEWIVES. It was a perfect sendoff for the women of Wisteria Lane, as they all found new meaning in their lives, embarking upon new chapters, bidding farewell to the lane that they loved. 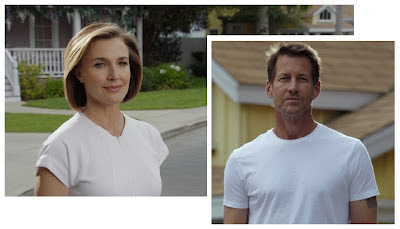 In the last few frames of the show, all the ghosts of Wisteria Lane watched upon Susan as she drove away—the first from the housewives to leave the street. And Mary-Alice’s calm, yet haunting voice was heard one last time, as she said, “…They watched her, as they watch everyone, always hoping that the living could put aside rage and sorrow, bitterness and regret. These ghosts watch, wanting people to remember that even the most desperate life is, oh, so wonderful…” And with that DESPERATE HOUSEWIVES was over. It was a poetic ending, as it reflected everything that the series had been about. And the beginning of the second part of the series finale played up just that, as it shed some light on the event that began the series—the end of Mary-Alice. She called it ‘the beginning of the end’, as Martha Huber made it her life’s mission to uncover her secret, which led to blackmail and suicide. The montage that followed, giving us brief clips of iconic moments from the series, like Gaby mowing her lawn wearing couture, Susan’s house blowing up, Bree taking out her rifle to interrupt George Williams’ singing, Lynette taking off her wig to reveal that she had cancer, and many more, coming right back to the bang that killed Mary-Alice…

THE FINAL STORY WINDS UP 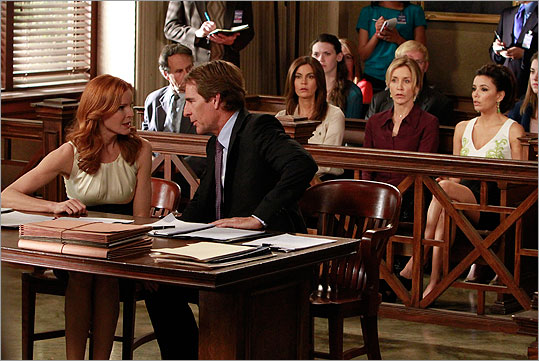 Before that, we saw end of the story that was season eight. It was promised to us that the final season of the show would go back to the roots of the show. In view of the crime that the ladies had helped cover, the season premiere ended with Bree getting a blackmail note, just like the one that Mary-Alice had received. It was a shocking turn of events that began to take Bree through a downward spiral, as she slipped into panic, depression and desperation. While the minor story arcs continued to complement this central storyline, throughout, the writers stayed consistent with what this season was about, with chilling developments like Bree assuring Chuck that she would do anything to protect her friends, Susan’s art raising eyebrows, the hidden body going missing, the cops closing in on the mystery, Bree taking to drinking again and entering a life of promiscuity, Orson turning out to be the blackmailer, Bree attempting suicide, and so on. Meanwhile, Susan’s guilt, Carlos’ alcoholism, the downfall of Lynette and Tom’s marriage—all of it ended up connecting to the central story, in some way or the other. 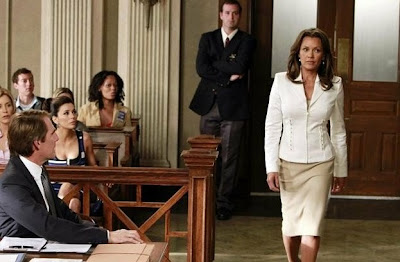 And then it happened. Bree was arrested for the murder of Ramone Sanchez. The trial brought about several challenges for her. A promise to keep a secret was how the season began, and that weighed down heavily on Bree right before the finale when she was torn between Tripp pleading with her to reveal the secret, which would help her case, and Gaby expressing heartfelt gratitude to her for bearing the brunt of the crime that they covered. The second half of the trial in the finale saw a seamless coming together of Ben’s involvement in helping keep the secret, Renée’s exclusion from everything, and elements from the season gone by, like Bree’s suicide note. As things with the trial seemed to look down, it was engaging to see how Renée’s disgruntled testimony damaged the case further, how Gaby and Carlos argued about who should step in to take the fall to protect Bree, and how Tripp used information that Bree had volunteered to him in confidence, to try and win the case. In all of it, the humor, that the show had always been known for, was kept alive, with scenes like Gaby tricking Carlos out of an opportunity to confess his crime.

CONCLUSIONS TO MATTERS AT HAND 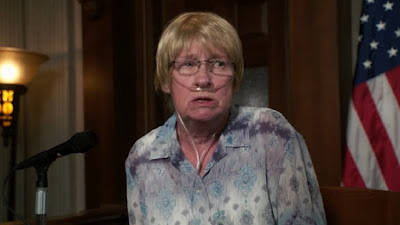 And then there was Karen McKluskey. The episode’s prologue was about her, which hadn’t been common throughout the series. Her insecurities about what her neighbors thought of her ended when they all volunteered to take care of her during her last days, which made her eventually decide to step up and protect them. Her heartwarming speech about how Wisteria Lane was a community of people who cared for each other and not just a ‘bunch of houses in the same place’ ended with dramatic flair when she said, “I entered the house, picked up the candlestick and killed the son of a bitch!” It was rather intense as she went on to explain how fear and adrenaline can drive someone to do much more than they’re capable of, using the same words that she had overheard Gaby speak, the previous night. That turned things around for the case, and all charges were dropped against Bree. 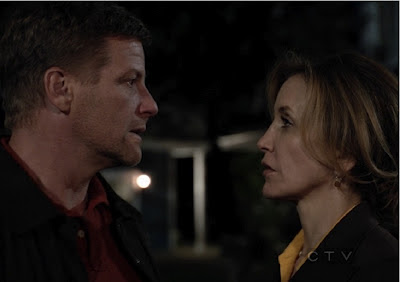 Part one of the finale ended with Tom professing his undying love for Lynette, in a perfect scene, in the middle of the street on a Wisteria Lane lit by streetlamps. Lynette eventually walking up to him, repeating the word ‘you’ to stress on who she was in love with all along, was beautifully written, as the moment everyone had been waiting for, since they’d decided to separate, finally came. Of course, in classic Lynette-and-Tom style, they had to have one final fight in part two of the finale before their happily-ever-after. And that happened at Renée and Ben’s wedding—the big event that formed the backdrop of part two. 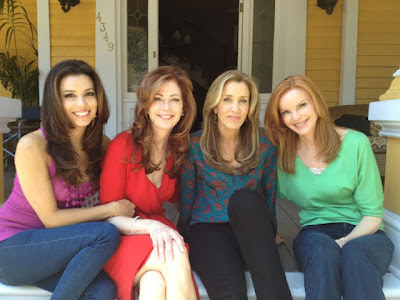 The rollercoaster countdown to the end began with Susan revealing her decision to leave the street to help Julie raise her baby, after she’d earlier revealed, heartbreakingly, that memories of Mike in her house were making it too painful to live there. And enter: Katherine Mayfair, as dramatically as she first did when season four began. Loose ends began being tied up smoothly, as Lynette got a job offer from Katherine, Gaby got a huge promotion, and Susan began to put her plans to move into action. Elements from the first season being revisited, like Lynette facing snide comments by a former co-worker, who commented on Lynette’s complacency in the life she was leading, made for a real treat to watch. The funniest bit was the complete role-reversal between Gaby and Carlos—how she became the successful working woman, and he, the unsatisfied husband, who got gifts from her to make up for her absence. The highest point with that was when Carlos hired a hot female gardener, infuriating Gaby. All of it came together without any abrupt developments that didn’t make sense. 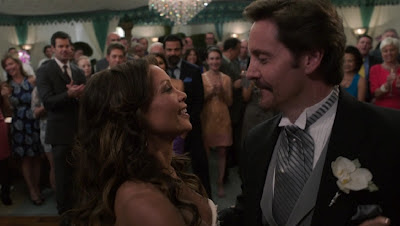 The humor continued with the events around Renée’s wedding. From Gaby stealing a wedding dress from her own store, to Susan stealing Renée’s limo to get Julie to a hospital on time, it was all priceless and classic DH! Finally at the wedding reception, Tom and Lynette discussed the future, deciding to move to New York, and Bree let herself have the happy ending she deserved with Tripp. 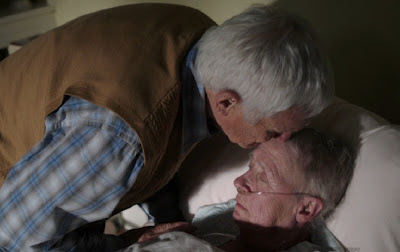 Then the heartbreaking last few moments of Mrs McKluskey’s life unfolded as Johnny Mathis’ ‘Wonderful Wonderful’ played. Porter came to fetch Lynette and Tom from the reception, as Julie was in labor to deliver his baby; Bree went running into Karen’s house as Karen breathed her last. Renée and Ben left the reception for their honeymoon, Susan and Lynette became proud grandmothers, Gaby and Carlos danced along with their daughters, Bree stood beside Karen’s deathbed, and that was it. 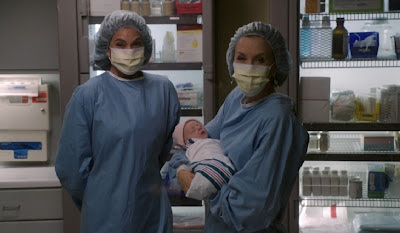 And just as it had to be done, the final scene before the epilogue was of the women playing poker, sadly, one last time. Everything about that scene captured the essence of the friendships they shared—the very thing that made the show so special. And finally, as we saw where how their lives would take them away from Wisteria Lane, Susan’s final drive around the block showed us Mike, and all those who had died on the show, watching on. It was nice to see even minor characters like Mona Clarke and Carlos’ former boss who was murdered, among more significant characters like Rex Van de Kamp, George Williams, Juanita Solis, Karl Mayer, Beth Young, and then the most significant—Mary-Alice. Edie Britt was missed, definitely, as she had been such an integral part of the show for six years. It was just unfortunate that Nicolette Sheridan couldn't be there. The apt conclusion of even desperate lives being wonderful was followed by a fun eye-brow raiser, that almost spoofed the mystery and intrigue that had gripped us for eight years, ending it all in a seamless manner, with complete justice done, for everyone who loved the show. 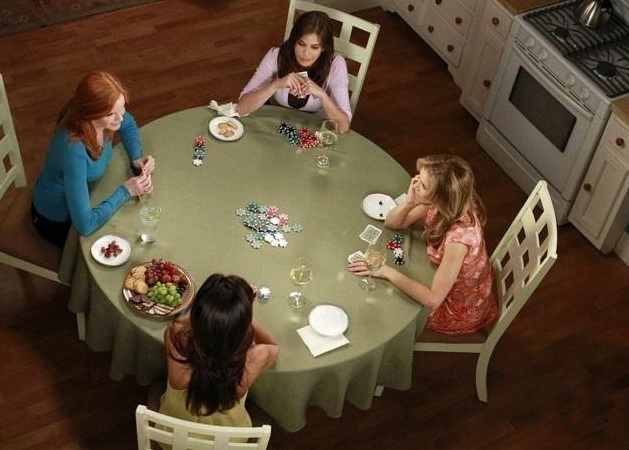 Lines that I loved:
Gaby: ...So how do these other couples just waltz through life?
Carlos: That, honey, is because we're doing the tango!

Susan (to Julie): You know you've hit middle age when your memories become more important than your dreams.
on Saturday, May 26, 2012