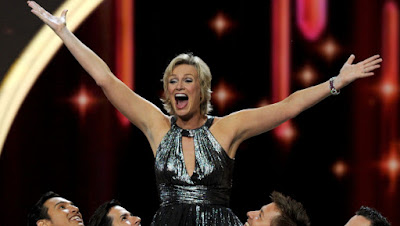 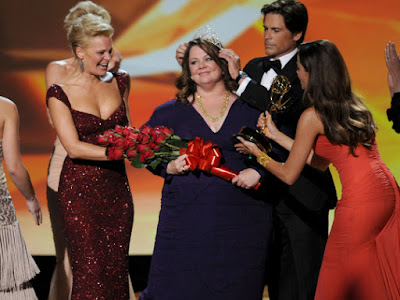 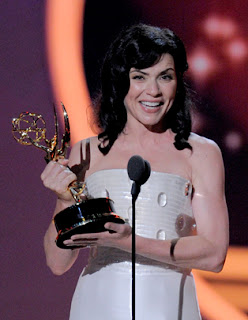 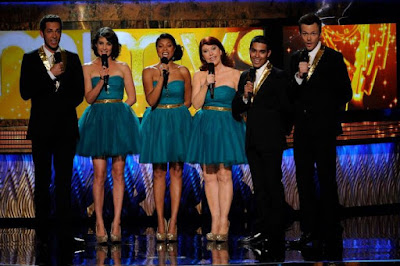 Hours away from the presentation of the 63rd annual Primetime Emmy Awards, TV TALK delves into a few top categories to predict who might win and who should win.
Outstanding Comedy Series
The Big Bang Theory
Glee
Modern Family (Both)
The Office
Parks And Recreation
30 Rock


Who are your picks for the winners tonight? Share your views here and comment below...
on Sunday, September 18, 2011 0 comments

A SNEAK-PEEK OF DESPERATE HOUSEWIVES' FINAL SEASON
Here, we see the housewives burying the body of Gaby's evil-stepfather, who was killed accidentally by Carlos when we last saw the housewives in S7. This marks the beginning of the end and the beginning of the keeping of a secret that will define how, at least, the first half of the final season will be. It comes as no surprise that Bree offers no resistance and has no second thoughts about hiding the murder, because she knows better than the rest (except for Gaby, who thought she killed her previous husband Victor Lang, back in S4) how people one love need to be protected when they make such mistakes.
Even so, I think it's completely natural for Susan and Lynette to have doubts about what they're doing. All I can say is that this clip has got me really excited about the season that will end the show.


EDDIE MURPHY TO HOST THE 84th ANNUAL ACADEMY AWARDS
At the end of the day, the Oscars are a television event--a show that's put up to make the presentation of the awards more exciting. Hence, the host matters a lot. And the Academy of Motion Pictures Arts and Sciences (AMPAS)  announced on September 6 that Eddie Murphy host the 84th annual Academy Awards. This announcement indicates that they are going back to having established comedians in the role that they experimented with last year, putting Anne Hathaway and James Franco there. That being said, the prior success of a host doesn't assure us that they'll be great on that stage in the Kodak Theater. Examples of the same are as follows... Ellen De Generes, an otherwise very funny woman, was less than impressive as host. Franco and Hathaway are great actors, but they got so much flak for the job they did. Alec Baldwin and Steve Martin, both known for their comedy, were quite disappointing. And then there was Hugh Jackman, who wasn't considered much of a comedian, but did a fabulous job as host in 2009. Beyond that, given the criticism last year's hosts got, I think the Academy really should have chosen someone like the fantastic Jon Stewart, who literally made the show at the 80th annual Academy Awards.


NEW BONES VILLAIN REVEALED, AND A SNEAK PEEK
It was announced earlier that the next season of BONES would see Booth, Brennan and team tracking down another major villain. That means that the drama of major season-long serial-killing cases won't die with with the death of The Gravedigger and Broadsky. What has now been revealed is that the tech-savvy villain will be called Pelant and the Department of Defense will have him under house arrest, with a tracking device, but he still manages to arrange murders. Now that is sure to get Booth and Brennan into a mind-game, posing as a real challenge even for Brennan.
In the meantime, a sneak peek of S7 has been released, and it shows a pregnant Brennan arguing with Booth over the baby's safety. While watching the video, I realized that maybe we should have seen this coming. All said and done, I think Brennan's pregnancy is going to be way more entertaining than we imagined.
on Monday, September 05, 2011 5 comments