As TV TALK celebrates the completion of one year, I start this celebration with a list of my favorite characters from a few of my favorite TV shows. Now a few of these choices may not be popular favorites, but that’s why they’re worth mentioning… 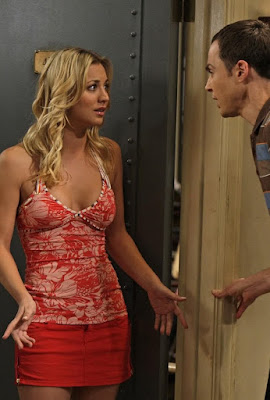 PENNY from THE BIG BANG THEORY


Popular choice: Sheldon Cooper
Penny (I can’t believe they’ve gone four seasons without ever mentioning her last name) is a character that I’ve enjoyed watching right from the beginning of the series. I like her role in the comedy about four nerdy scientists; she’s a breath of fresh air, and a wonderfully vibrant one at that. It amuses me how she’s stuck in a temporary job of being a waitress, while waiting for a career in acting to happen for her. She’s spunky and carefree, and her sarcastic sense of humor is a major plus point for me. The thing I like most about her is her ability to reach out to Sheldon in ways that the others can’t, or avoid even trying to. At the same time, she’s also the one who challenges him, when the others just humor him and give in to his unreasonable quirks. Her undying spirit, for trying to make Sheldon see reason endears me and I think she adds even more color to the show than Sheldon’s t-shirts do! 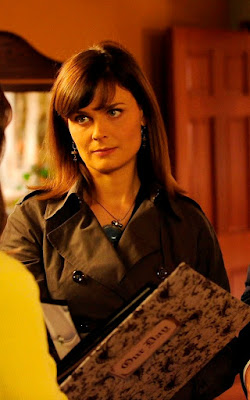 TEMPERANCE BRENNAN from BONES
Popular choice: Seely Booth
Seely Booth is the alpha-male, an old-fashioned man, who believes in chivalry and believes in being the protector and provider; yet, he has a soft side to him and a fear of God. I love him for that, but what I love more is Temperance’s (Bones) spirit to challenge that, and also challenge so much more. She moves away from social norms and ‘givens’ in situations, and pursues an evolved sense of rationale that people can only be amazed at. Her lack of ability to pick up underlying sentiments appeals to me in a way that makes me wish that everyone could be so logical and rational like her. Her inability to understand references to popular culture, when she says things like “I don’t know what that means,” is completely endearing, as are her attempts at understanding the logic behind everyday jokes that people around her crack. Statements like “I see… That is amusing because…” and “We should call her; she very much likes drinking alcohol,” leave me in splits and I can never have enough of her. She makes the show what it is for me! 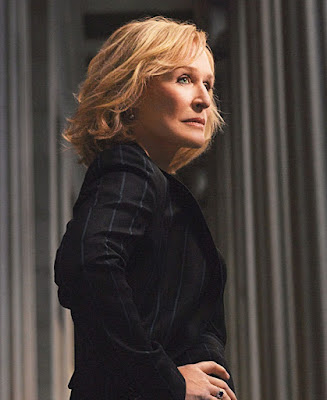 PATTY HEWES from DAMAGES
Popular choice: Patty Hewes
In a show with just two strong characters, or pillars, if you will, there are limited choices of characters to like; and when it comes to DAMAGES, Patty is the clear-cut choice for many, and for me as well. Patty is a no-nonsense woman, whose arrogance and unwillingness to admit her faults come from years of experience, and being at the top of her game. Her ego is what drives the show, and while you might hate her a lot of the time, there’s no way you can hate her character. While she may ruthlessly tear apart anyone who might come in her way, she’s also willing to risk her life and career for the ones she cares about. She is completely gray in nature, and that’s what makes her so fascinating. Patty Hewes is undoubtedly one of the most interesting characters written for television, and one of my favorites indeed. 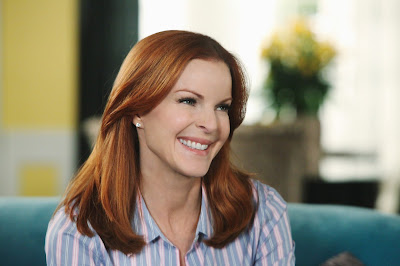 BREE VAN DE KAMP from DESPERATE HOUSEWIVES
Popular choices: Susan Delfino, Lynette Scavo, Bree Van de Kamp, Gabrielle Solis
The team that conceived the four protagonists of DESPERATE HOUSEWIVES did an impeccable job. All four are such distinctive characters, and throughout the show’s run, so far, there has been an undeniable consistency in maintaining who each of them are. All the housewives have qualities that appeal to different people, which is why all of them are up there among the popular choices. But Bree—now she’s something else! A woman of character, who handles every situation that presents itself before her, she is my favorite for so many reasons. She’s someone, who uses her wit and her intelligence to fight for what she believes in, with morals strong enough to send her husband to prison and jeopardize a friendship. She’s someone who literally picked up a gun to shoot at the one who interrupted a dinner party she was throwing, and then immediately afterward, went on to serve dinner with all the grace and dignity as anyone could. Despite all that, seeing her with all her flaws makes her so very real, and everything about Bree makes me love her more, each time I see her! 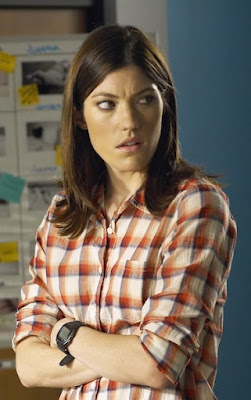 DEBRA MORGAN from DEXTER
Popular choice: Dexter Morgan
We all love Dexter. The show is all about him, and Dexter is who we see all the time. We love him for his twisted personality, his strange sense of justice, his vulnerable nature and the dual life that he leads. However, my favorite character from DEXTER has, in some strange way, always been Debra. Her foul mouth is only a part of her kickass attitude and her ambitiousness as a cop. She’s an individualistic person, who lives life by her own terms and doesn’t take any nonsense from anyone, be it her boss or anyone influential, or even a boyfriend whom she might care deeply about. Her series of failed relationships, and her knack for often falling for the wrong men make her very real, but that’s not the half of what she’s about. With strong values, and deep respect for her late father, she’s the one thing that makes Dexter more human than anyone else does. She’s his only family and I absolutely love the sibling relationship they share. For me, there’s absolutely nothing not to love about Debra. 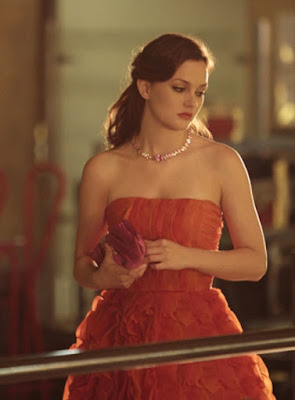 BLAIR WALDORF from GOSSIP GIRL
Popular choices: Chuck Bass, Blair Waldorf, Serena Van der Woodsen
While the characters in GOSSIP GIRL are rather fickle, and weak, the only ones that come close to being strong are Chuck and Blair, their annoying inability to just be together or just move on individually aside. For me, Blair Waldorf is not perfect in the least, and can even get annoying at times, but in a show about spoilt, rich Upper Eastsiders from New York City, she’s practically synonymous with the show. She’s sure about herself, confident for the most part, and has a kind of presence that everyone notices. She’s your typical ‘mean girl’, with enough clout to destroy anyone who crosses her, but she’s also someone who can appreciate the friendship of someone from Brooklyn, who’s at the bottom of the social ladder. Blair’s style and the way she carries herself, and the way she comes through for her friends when they need her, is indeed admirable. 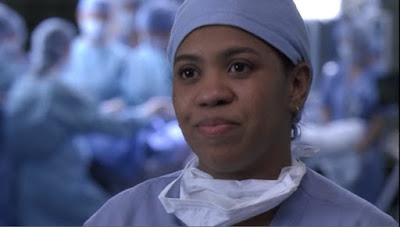 MIRANDA BAILEY from GREY’S ANATOMY
Popular choices: Meredith Grey, Derek Shepherd, Christina Yang, Miranda Bailey
Many people like the Grey of GREY’S ANATOMY, while others like her ‘person’, the hardcore Yang, and yet others like ‘McDreamy’. However, there’s no one who doesn’t like Miranda Bailey! She’s who they called ‘the Nazi’, for the strong leader that she is, but she’s also the ‘mama bear’, who looks after the ‘kids she raised’ since the time they were all interns. Bailey has been the pillar of strength for every other character on the show, from the Chief, to the interns, through times of crisis and through times of individual strife. But she’s also the one who couldn’t see reason, while breaking up with a boyfriend, who, out of no fault of his own, simply wasn’t around during the shootout, which showed her to be so very human. She doesn’t take any nonsense from anyone, but at the same time, she can endearingly encourage a friend to fight the odds and pursue their dream of marrying their gay partner. Bailey’s undoubtedly the backbone of GREY’S ANATOMY, and I can confidently say that not one fan of the show could ever think of a moment when they didn’t like her. 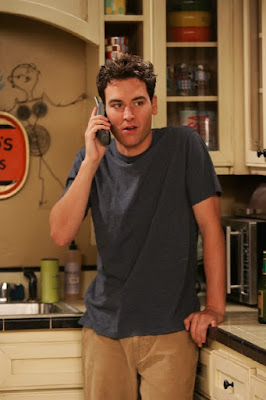 TED MOSEBY from HOW I MET YOUR MOTHER
Popular choice: Barney Stinson
I know this one’s going to raise many eyebrows! I do love Barney, a clear popular favorite, but he seems unreal in many ways, despite the displays of emotion he’s shown in certain situations. On the other hand, Ted is someone who I can’t help but feel for. All the guy wants is to find love, and stick with it. Deep down, that’s what everyone wants, and not many can admit it, like Ted does. On his perpetual pursuit for finding the one, ‘the mother’, he may come off as annoying at times, but that’s just a small part of him. And besides being the one who can only think of settling down and raising a family with someone he loves, he’s also the one who has ambitions and goals that are just as important for him to achieve. And aren’t those things exactly what everyone wants from life! His relationship with Robin may not have been enough for her, and his relationship with Stella might have been disregarded by her; yet, he hasn’t given up on love, and that is something I really admire. 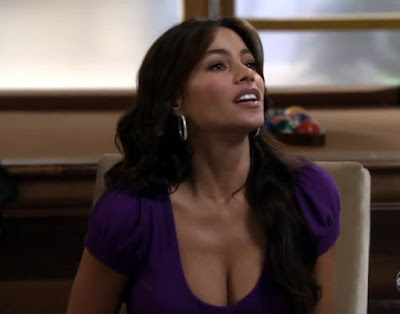 GLORIA PRITCHETT from MODERN FAMILY
Popular choices: Cameron Tucker, Phil Dunphy, Gloria Pritchett
There are so many characters in MODERN FAMILY that are loveable in every possible way; it was hard to choose. I love Cameron for his colorful ways; Claire, for being the one who holds the family together; and Phil, for his endearing nature of trying too hard. But the more I think about it, the more I realize that the one character, whose scenes I most look forward to, is Gloria. She’s one bundle of fun. Everything about her—her exotic being, her vibrant personality, her way of being herself, no matter what—are all things that I’ve loved to watch through the show. I enjoy her accent, her histrionics, her maternal nature and her enthusiasm, even when there’s none from anyone else. She comes across as a completely genuine person, owing to her naivety, in the midst of cynicism and pessimism in certain situations, and while she may seem over-the-top in several ways, that’s a major part of what makes her who she is. I can’t help but love Gloria! 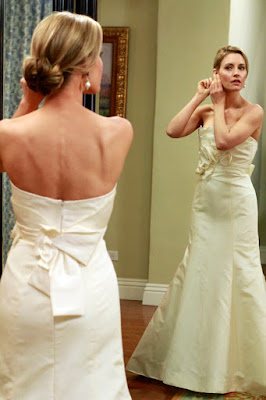 CHARLOTTE KING from PRIVATE PRACTICE
Popular choice: Addison Forbes Montgomery
I loved Addison on GREY’S ANATOMY; in fact, she was one of my favorites. And, while her character was so good that Shonda Rhimes put made her the protagonist in PRIVATE PRACTICE, something was, well, let’s just say, ‘lost in translation’. On the other hand, there was Charlotte King, who didn’t seem like a very important character in the beginning, but came into her own as the show progressed. Her very real relationship with Cooper Freedman was a small part of me liking her. She’s constantly been this strong person, who needs to be peeled, like an onion, for you to see who she really is. Another no-nonsense woman, who she’s also got a caring, vulnerable side to her, she’s someone who knows how to deal with her issues with dignity. Her recent rape was evident of that, and brought out a side to her that gave her new meaning, while maintaining all that we knew her to be. Moreover, her Southern charm adds value to Charlotte, and I can’t think of anyone else on the show that could even hold a candle to her.