It was recently announced that The CW would have a new mystery/noir show this forthcoming season, called RINGER, which has Sarah Michelle Gellar in the lead. Playing twins, this show puts the former BUFFY star in two dark roles—Siobhan, who mysteriously disappears, and Bridget, a recovering addict, who assumes Siobhan’s identity to hide from someone dangerous.
There were so many of us who were fans of BUFFY, THE VAMPIRE SLAYER back in the day, when Sarah Michelle Gellar played this kickass girl who destroyed vampires, but that was not her first stint on television. She used to be on hit daytime soap ALL MY CHILDREN a long time ago. And guess what! Not only is Gellar going to star in RINGER, she’s also due to return to ALL MY CHILDREN for a short while. I think it’s great that former TV stars like Ashton Kutcher (THAT 70s SHOW to TWO AND A HALF MEN) and Rachel Bilson (THE OC to HART OF DIXIE) are returning to television. I, for one, was a fan of BUFFY, and I would love to see Gellar back on the tube, especially given the exciting and mysterious premise of RINGER. The show execs have a plan for three seasons, and they’re feeling good about it, so it sounds really promising. As for Gellar, she says that she’s loving the return to TV more than she expected to!


ASHTON KUTCHER’S CHARACTER REVEALED!
Even though the mystery’s being kept alive as to how Ashton Kutcher’s entry into TWO AND A HALF MEN will go down, the speculation about who he’ll play can now end. CBS has revealed that Charlie Sheen’s character Charlie Harper’s death will make way for Kutcher’s entrance. CBS president Nina Tassler has said that S9 will start with Charlie’s funeral, and while all his exes will be present, his house will be put on the market and Kutcher’s character will be a potential buyer. Tassler also revealed that Kutcher will play an internet billionaire called Walden Schmidt, who will be recovering from his heart being broken by someone. I agree they had to create some crazy premise like this to make the protagonist-switch happen, but I think this is a little too forced, and that might make the show weak. Still, I’m looking forward to finding out how they pull this one off. How ’bout you?


BEHIND THE SCENES AND TEASER CLIPS FROM DEXTER S6 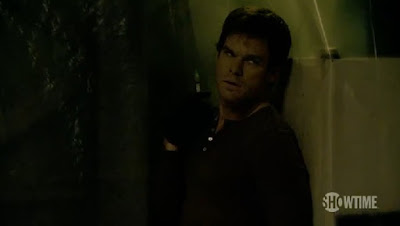 A newly released behind-the-scenes video divulges (just a little) more about what’s in store for us in the next season of DEXTER, along with a few teaser clips from the forthcoming episodes. The stars talk about the evolution of the show, while it is revealed that Dexter will have moved on from Rita’s death and Lumen’s absence, and will feel like his old self again. While we know that the season will revolve around faith, it has now been revealed that the writers are doing things with the show that they’ve never done before; it’s going to have a ‘larger scale’, it’ll be ‘bigger than before’ and ‘more disturbing than usual’. The build-up to the season gets more exciting with this new video, as minor details about the new villains (yes, plural) are revealed and more. The characters’ evolution is one of the biggest factors for me. What are the things that you’re most looking forward to, based on this video?

SCOOP ON HOW I MET YOUR MOTHER S7
HIMYM does it again, teasing us until an anti-climax! We knew so far that S7 of HOW I MET YOUR MOTHER would begin right after S6 ended, with the wedding, which would seem like Barney’s wedding...but wait! It’s not Barney’s wedding! Of course it’s not! It’s Punchy’s wedding (remember Ted’s annoying friend from Cleveland, who asked him to be his best man)! That surely does away with the mystery of whether Robin or Nora would be Barney’s bride! That being said, it has also been revealed that the premiere will take us back to the wedding and it’ll have Barney and Robin rocking the dance floor, doing an awesome number together! Now while it comes as no surprise that the writers teased us again, at least they got original this time, instead of hinting at ‘the mother’ yet again! I’m not surprised that Barney’s not getting married, but I am looking forward to how the writers deal with Robin confronting her lasting feelings for Barney. I hope they do it right and bring some meaning into what [Barney and Robin’s relationship] seemed to be a pointless storyline!
on Thursday, August 04, 2011

Email ThisBlogThis!Share to TwitterShare to FacebookShare to Pinterest
Tags: All My Children, Ashton Kutcher, Buffy The Vampire Slayer, daytime, Dexter, finale, How I Met Your Mother, premiere, Returning stars, Ringer, TV TALK Snips, Two and a Half Men 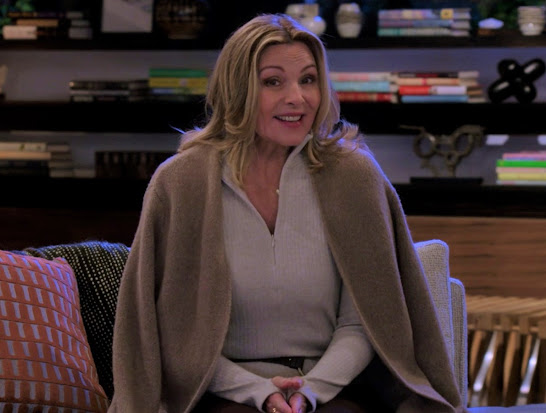