Beckett was shot, as Castle professed his love for her, and Addison gets back together with Sam, soon after they decide to dissolve the practice. TV TALK breaks down the season finales of CASTLE and PRIVATE PRACTICE… 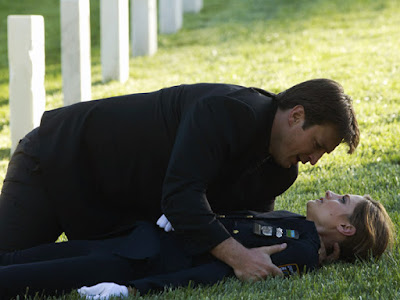 CASTLE
The mystery of Beckett’s mother’s murder is the backdrop of CASTLE, which makes the story of the characters more personal and real, and hence it seemed apt for the S3 finale to have been about just that. Over the last three seasons, we’ve seen different dimensions to the cold case that is Beckett’s kryptonite, and finally, the end of S3 saw it move forward, as we almost discovered the entire mystery. The involvement of Captain Montgomery didn’t come as all that much of a surprise, as we’d been hearing about ‘the inside job’ angle for a while. I’m sure there were many, like me, who thought about the possible involvement of someone we knew, and when it came down to the question of ‘who was the third dirty cop’; Montgomery seemed to fit right in. It certainly gave the writers a terrific opportunity to bring about that much more drama to the cold case, as Montgomery tries to make things right, by protecting Beckett, losing his life in the process. Obviously, the mystery couldn’t be solved completely; instead, the fact that a much bigger force was behind it all, was reinforced even more. It also didn’t come as much of a surprise that the people behind it all struck again, right at Montgomery’s funeral. What did come as a surprise was Castle’s instant need to profess his love for Beckett, just as she slipped into unconsciousness. 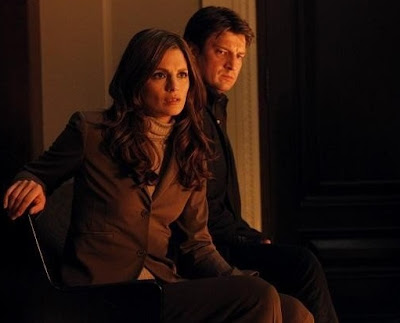 Obviously Beckett will survive, and in all probability, she won’t remember Castle’s words to her when she was shot. To leave us hanging even more, I suspect that the writers will have her remember, but will keep her from acknowledging or reacting to what he said, and have her take that as an escape route from what is clearly an awkward and complicated situation. Even though the season gone by has seen them come closer to admitting their feelings to each other, having almost frozen to death together, and being so candid when they were in LA, I think it would be right for the writers to keep them apart for now, especially with so much else already in store for S4. 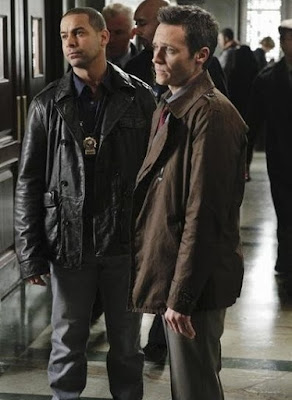 It has been revealed that S4 will pick up more-or-less where S3 left off, and that there will be a fight in the season premiere, which is being written by creator Andrew Marlowe. It has been hinted that the fight will be between Josh (Beckett’s boyfriend) and Castle. While that doesn’t mean much to us now, we also know that the new captain of the precinct will be a woman, a former Internal Affairs investigator, who only sees her job at the precinct as a stepping stone for a bigger career ahead of her. Apparently, she also won’t be too happy with the way Beckett works with Castle, and that she has a hardcore approach to work, and dealing with colleagues, which is bound to cause problems for the team. It has also been revealed that we’ll see more of Ryan and Esposito in S4, which seems fair, as it’ll only be right if we get to see how they deal with Montgomery’s death. With the changes at work, and how the most recent developments will affect every character, S4 surely has a lot for us to look forward to, which is why I strongly think that Castle and Beckett openly admitting their feelings for each other should be saved for later. 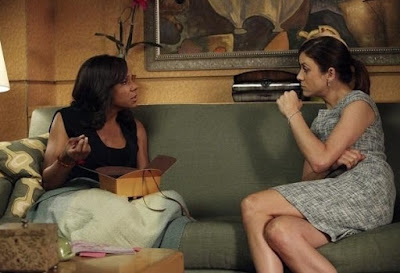 PRIVATE PRACTICE
The foundation of PRIVATE PRACTICE was ‘a fresh start’, the premise being a fresh start for Addison as she moved to LA. Somewhere in the middle, as the show came into its own and I got used to, and began to love the other characters on the show, I got tired of Addison being constantly unhappy with her life. It made me question the premise of the show, and I found that Addison’s move was pointless if she couldn’t find happiness, even though there isn’t much of a story if everyone is happy and everything is hunky-dory. That is why the end of PRIVATE PRACTICE S4 was refreshing for me, to see her being more positive, and making an optimistic change in her viewpoint. It was refreshing to see her flirt with someone new (Connor, Benjamin Bratt); even though she went on to get back together with Sam. I liked her approach towards the issues that Oceanside Wellness and all the doctors were facing, and the idea of starting afresh, playing the cards right seems potentially effective. Creator Shonda Rhimes has said, “Addison could walk away from everything, or she could actually go back to the things that she loves, which are her job and Sam.” And that is what Addison did—she went back to deal with the situation at hand, on seeing how Naomi and Violet were walking away. 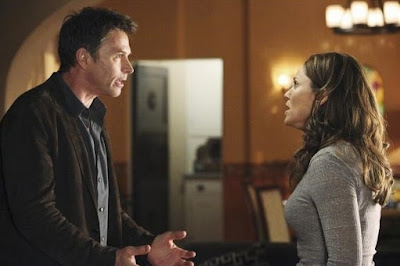 That does not go to say that I blame Naomi. In fact, Naomi was being selfless in staying and being there to help the practice in whatever way she could, when Sam urged her to leave for happiness. It seemed like a perfect fit, with Maya going off to college on the East Coast and with Naomi taking over as Betsy’s guardian. It was nice to see Naomi find happiness as she accepted Fife’s marriage proposal, even though I wish they had played out her relationship with Fife a little more, to make it more real. And although I’ll miss Audra McDonald (Naomi), I think that there was little left for her character on the show. On the other hand, I found that Violet was actually being selfish. I was completely on Pete’s side when he tells her that he’s done with her, given that she chose to go away, running away from her problems. I agree that having her license suspended must be hard for her, but to leave, despite seeing how much Pete wanted her to be there, I would say, was unacceptable. And as she left, I felt little sympathy for her. I particularly liked Amy Brenneman (Violet) and Tim Daly’s (Pete) performances in the finale, especially Daly’s, as Pete collapses in the end, because of what looked like a heart attack. 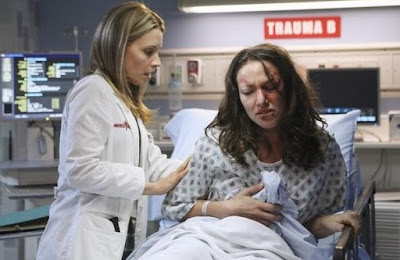 I see Pete’s heart attack, and the jeopardy that his marriage with Violet is in, as the biggest cliffhangers of the finale, and I think that it gives their characters a strong storyline for S5. My two favorite characters on the show, Charlotte and Amelia also have a lot coming up next season. I liked the contrast between the two characters that the writers brought out in the finale, as Charlotte has to face her demons, while treating a rape victim, but still emerges strong, while Amelia, facing milder issues, succumbs to her weakness—alcohol. Her alcoholism and how it has already affected her friendship with Charlotte will make a strong storyline next season, and I look forward to seeing a lot more of KaDee Strickland’s (Charlotte) fantastic acting, which baffled me this whole past season. Among other news for the next season, Benjamin Bratt is going to be a series regular as Connor, which will impact Addison and the fact that she has gotten back together with Sam. Shonda has said that “it’s going to end up biting them in the butt pretty seriously.” And as I look forward to seeing more of Bratt on the show, I also look forward to a new season, which will reinforce the show’s foundation—starting afresh! 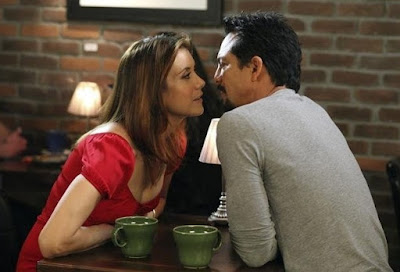 What did you think of the season finales of these two ABC shows? Share your views here…
on Wednesday, July 06, 2011