FIRST LOOK OF ASHTON KUTCHER ON TWO AND A HALF MEN, & MORE...

Starting today, TV TALK will bring you quick views on the latest news on TV, in a new section called TV TALK Snips. Such news and views will make appearances at random, as and when there's something worth writing about. Share your views on these recent developments in television. 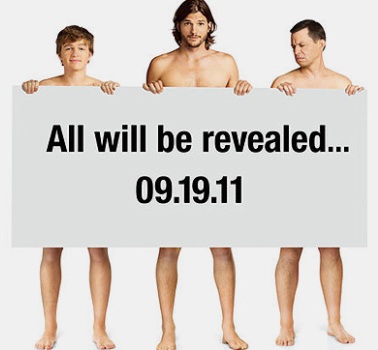 Ashton Kutcher's debut on TWO AND A HALF MEN
So everyone's been wondering what Ashton Kutcher's role in TWO AND A HALF MEN will be. The actor, who is replacing Charlie Sheen, taking on the leading role in the series, will be joining the show in its ninth season, so it's kind of difficult to say where he'll fit in, especially if he's the protagonist. There has been speculation over who he'll play (theories go from him being Charlie Harper's illegitimate son, to him playing Charlie's cousin who moves in after Charlie dies). However, the producers and CBS are keeping their mouths tight shut, and are even going on to tease us with this cheeky new promotional shot. All we see is the three (new) main stars of the show, Kutcher, Jon Cryer and Angus T Jones, cheekily telling us that all will be revealed in the season premiere! It looks like their policy seems to be 'reveal nothing or everything'!


Lisa Kudrow's Back!
Apparently, our FRIENDS star was on this web series called WEB THERAPY, for three seasons. It was this comedy about therapist Fiona Wallace (Kudrow), who's not a people's person and conducts sessions with her patients online! This comedy is now hitting Showtime, premiering tonight (in the United States). I look forward to seeing this web series turn into something bigger as it moves to TV. It did do three seasons, so it must be good enough to do well. The trailer makes it look promising, especially since we can see it'll have stars like COUGAR TOWN's Courtney Cox and GLEE's Jane Lynch guest starring. With Cox's success on COUGAR TOWN, and Matt LeBlanc getting an Emmy nomination for EPISODES, who knows what might happen with Kudrow! 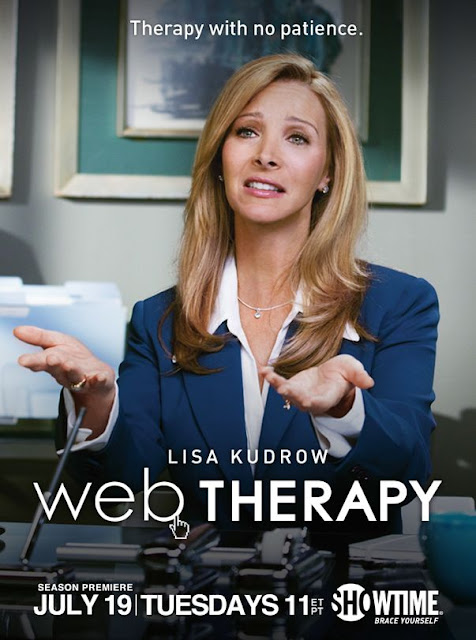 BONES: Season 7 Scoop
Word has it that Booth and Brennan might be living together when season 7 opens. Now that she's having his baby and we know that they'll be involved, it doesn't seem like such a surprise. But I wouldn't take Brennan to be the kinds that would go all domestic; at least not until the baby's born. It might just be a sleepover or whatever. I'm still dying to see how they handle the relationship between Bones and Booth! 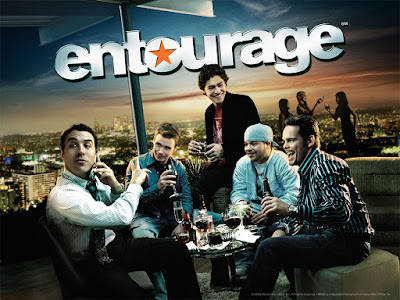 ENTOURAGE Final Season begins this Sunday, July 24
It has been revealed that the eighth and final season of ENTOURAGE will begin with a newly sober Vince returning home from rehab, back to his friends. Ari Gold will still be depressed from his split from his wife. That of course won't stop him from swearing and making cracks at everyone! I look forward to what they turn this show into, by the time it ends.


The DESPERATE HOUSEWIVES are back on Wisteria Lane
Eva Longoria (our very own Gaby Solis) posted this picture on Twitter, saying, "On set with the girls! I Love my job! http://say.ly/rsNvEB." It looks like the housewives are back on Colonial Street, in Universal Studios, filming the eighth season of DESPERATE HOUSEWIVES. I think the ladies look lovely, and I want to thank Longoria for giving us tiny glimpses of what goes on behind the camera on the sets of this show that we love.