It was the end of an era, as a beloved series was cancelled this spring. TV TALK breaks down the swan song of BROTHERS AND SISTERS 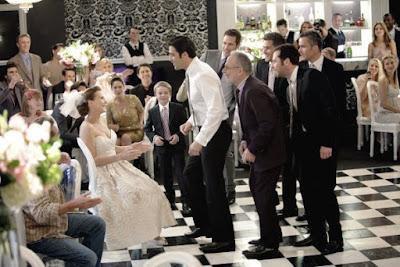 It was the day of Sarah’s wedding to Luc, and the Walkers came together for a family event for one last time, as BROTHERS AND SISTERS drew to a conclusion. The finale itself was not much more than a goodbye—something to close the chapters that had more-or-less come to an end, an epilogue of sorts. Every character got what suited them best and said goodbye in their own way. Let’s take a look at how each one bid farewell... 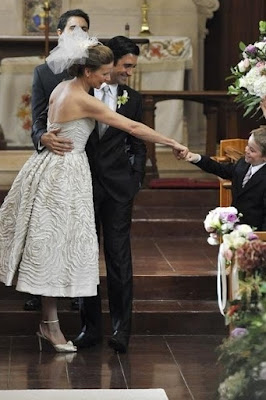 SARAH WALKER
I have to say that Sarah’s was one of only two stories that ended well, with events that had been fleshed out well, and brought to a gradual conclusion. I don’t think anyone had imagined that what started as a summer fling in France would eventually shape her future. I think that Luc was the best possible person she could have ended up with, out of all the men she had been with on the show, including ex-husband Joe. Sarah’s paternity was a point of focus towards the end, and I thought that she handled the news of Brody being her father really well, with natural feelings of a loss of identity creeping in later. The friction between her and her mother over Brody was handled nicely, as the writers maintained a good balance between her feeling betrayed and completely understanding the situation, neither or which it could have been. And even as I thought that it was unnecessary for Brody’s other daughter to show up at the wedding, the end was handled well for Sarah. 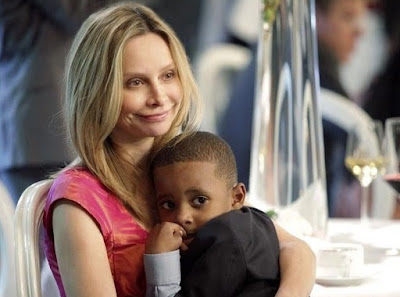 KITTY WALKER
Kitty’s character had so much potential with Robert’s death at the beginning of the season. They could have written so much for her, and her evolution post Robert, and even though she left town to go find herself several times, she was relatively absent from the season. That Calista Flockhart opted to be seen less during S5 was just sad, and left us wanting more from her. Her fling with Seth was entertaining in the beginning, but them getting serious in the end happened all too quickly, and it seemed a little repetitive to have both the Walker sisters end up with younger men. Too bad Rob Lowe decided to leave the show. If only they’d known this would be the last season, and maybe he would have stayed and maybe Kitty could have ended up with the perfect man for her. Her pregnancy in the end was also abrupt, leaving scope for more, yet concluding her story for now. 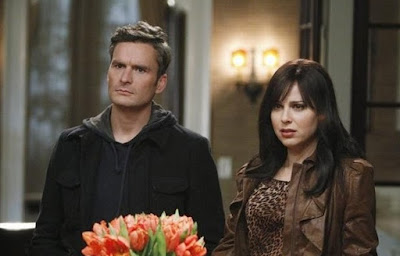 TOMMY WALKER
We’ve seen very little of Tommy over the last two seasons, and as disappointing as that was, I liked that he was still around for all the big family occasions. His engagement and the back and forth with his career were side storylines that just did enough for his character. There could have been more for him, and if they were to go on for a S6, I would have liked to see him move back to Pasadena with his new wife, and have her blend in more with the rest of the Walkers. 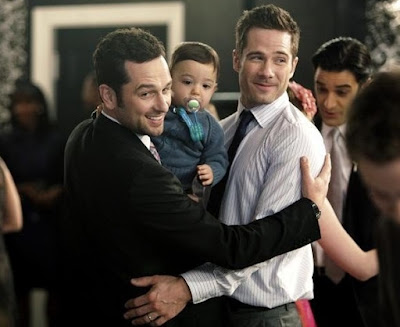 KEVIN WALKER
I have to say that Matthew Rhys delivered some of his best work in the final season, especially with his outbursts while dealing with Scotty cheating on him, and with trying to get back their biological child that their surrogate had stolen from them. Kevin’s story ended almost as well as Sarah’s, with him and Scotty finally becoming parents and putting past issue behind them. The situation with the surrogate stealing their biological son made for some intense and interesting drama, but I only wish the writers had got a chance to play out that angle better. There was a lot of potential there, and I think when they initially thought of the storyline, they probably intended for it to be Kevin’s story in S6. 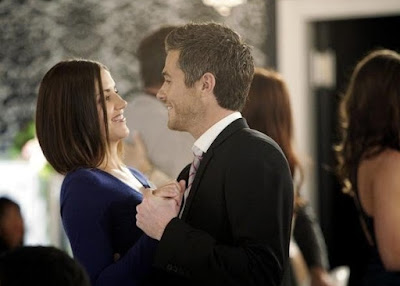 JUSTIN WALKER
With the end of his marriage to Rebecca, Justin grew so much. His return from Afghanistan and bringing the family together at the beginning of the season was only the beginning of it. It was heartwarming to see him get closure from his failed marriage, reach out to Holly and David, to help them, become a support system for his own family, and finally finding his calling as a paramedic. It saddened me to see him alone through it all, and I wanted more than anything to see him happy with someone. That’s why it was nice to see him rekindle a spark with Tyler, his ex. Considering how things had ended so badly between them in S1, when he was still a junkie, it was like he had come a full circle, after battling addiction, post-traumatic stress, family issues, and a failed marriage, back to be with a woman who was a symbol of how far he had come. The revival of their relationship, and him finally getting his happy ending would have been so much better if the writers had one more season to play it all out adequately. 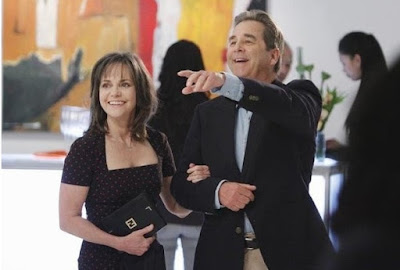 NORA WALKER
Good ol’ Nora—a protagonist extraordinaire, a matriarch, the quintessential mother, and the backbone of the show, Nora was all that and more. Two-time Academy Award-winner Sally Field brought such a high level of sophistication and excellence to the role and to the show for five years. As for her story, I liked that they made her end up with someone who was the love of her life before William Walker. Of the men she’d been with throughout the show, for a strong character like Nora it only seemed fitting for her to end up with someone whom she’d shared a history with. I enjoyed the flashbacks that threw light on that history, especially because the actress they chose to play younger Nora was eerily similar to Sally Field. Given all of the above, I have to say that the writers did complete justice to her story and ended it the best of all. After dealing with the legacy of lies and deceit that William had left her with, Nora had grown from strength to strength throughout the show, being the rock for her family and seeing them through everything. Nora’s voiceover in the end, as she calls Sarah’s wedding (and metaphorically, the last six years for her family) ‘the best times’, became a fitting conclusion to the series. It was a highlight to see Nora in the last few frames, as she looked at her family, happy and satisfied. She will remain as one of my all-time favorite characters ever written for television, and she will be deeply missed.

As I bid farewell to the Walkers, I only wish the writers had gotten just one more season, even a shorter one, to flesh out the abrupt endings and give the characters a better ending. It would have been great to see Sarah settling into married life; Kitty’s relationship with Seth grow, as she’d start a family with him; Tommy reconnect with the family; Kevin and Scotty’s struggle to get custody of their son, instead of him just being given to them; and Justin’s relationship with Tyler play out more before they’d settle down. Unfortunately, ABC was unwilling to give the show even a few more episodes. And while that leaves me wanting more, I’m still satisfied with what we had. I end with the quote that Nora concludes the show with…

“It’s never too late to be what you might have been.”
~George Elliot

How was the BROTHERS AND SISTERS series finale for you? Bid farewell to the Walkers here…