TV TALK discusses the latest season finales of GOSSIP GIRL, 90210 and GLEE, and what’s in store for the forthcoming seasons of the shows 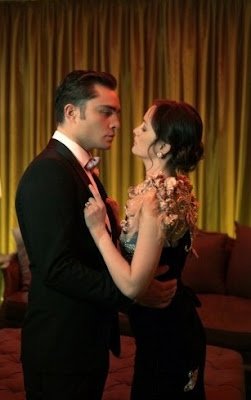 I accept that Chuck and Blair cannot be together permanently till the end of the show, but I also think that to have cliffhangers that revolve around them as a couple is now becoming tiring. The finale of GOSSIP GIRL S4 had little to offer in terms of the drama that unfolded. Chuck saves Blair from Russell Thorpe, and then they hook up, yet again, only to decide that it’s over for them. And while Prince Louis waited for Blair, Charlie wreaked havoc at the two-year high school reunion, sending Serena, Vanessa, Dan, and even Georgina on a wild goose chase. I found that this backdrop for the finale was less than exciting, simply because Charlie seemed as insignificant as Vanessa as a character, right from the time when she first came on the scene. Even the fact that the season ended with her being revealed as an impersonator, who was carrying out a mission for Lily’s sister Carol Rhodes, didn’t make up for it, simply because even Carol seems inconsequential as of now. The finale maybe building up towards more in S5, for both Charlie (actually Ivy) and Carol, but it didn’t generate excitement from what we’ve seen in this season. 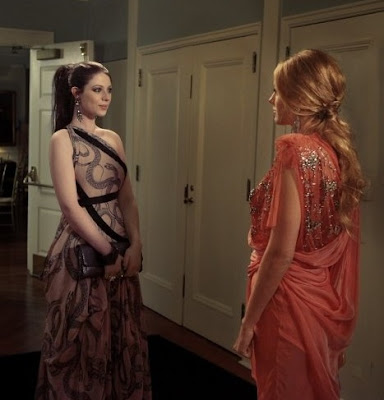 Among other disappointing ends this season was the end of the Thorpe storyline. With Rayna deciding to return to Chicago, after finding out the truth about (and confronting) her father, it made it appear as though the dust from Bart Bass’ past had been raised unnecessarily. Even Serena’s storyline with Ben Donovan, which showed promise, as one of the most interesting parts of the season, ended quite flatly. Therefore, it actually wasn’t as much of a surprise that the end of the season was simply about everyone heading off for their summer plans, with a few small cliffhangers thrown in. 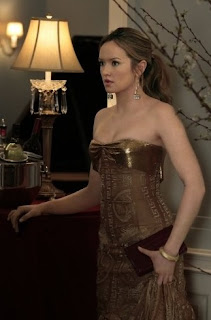 We found out that either Serena or Blair is pregnant, but since Serena’s not been with a man in a while, it’ll probably be Blair. It could be Chuck’s baby to add complications to Blair’s impending wedding to the prince, or it could be the prince’s baby, to devastate Chuck further. Serena’s off to find herself yet again, after making a lukewarm apology to Nate and Dan for making them to her line for so long. That she’s been offered a job to work on adapting a screenplay doesn’t say much, because that’ll only take the summer. It has been revealed that Chuck and Nate will visit her in LA in the S5 opener, as part of their stag vacation. And as Nate continues to become an even more inconsequential character, I’m more interested in finding out what will come out of Dan’s book about the Upper Eastsiders, which Vanessa submitted to a publisher without his knowledge. We found out that he’d been working on the book since before he met Serena and before he got involved with the Upper Eastside, so even though he said that he considers everyone his friends now, the book is sure to cause friction between him and the rest. Among other revelations, Taylor Momsen (Jenny Humphrey) and Jessica Szohr (Vanessa) will be leaving the show, making only guest appearances in S5, while Kaylee DeFer (Charlie/Ivy) has been promoted as a series regular. I do hope that the hint towards her future acquaintance with Georgina will make for some interesting material next season. 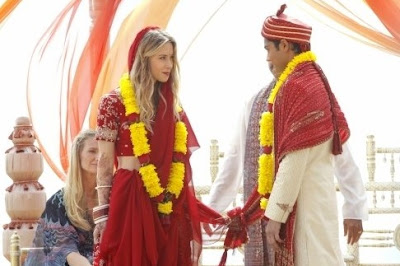 Does someone have to be pregnant in a season finale! What were the writers of 90210 thinking while writing in Naomi’s accidental pregnancy as a cliffhanger to end S3! Not only does it seem repetitive to have a second teenage pregnancy on a show (remember Adrianna?), it also showed us that the writers are running out of ideas. It was disappointing also because I enjoyed watching Naomi’s character grow through S3, since she was raped at the end of the previous season. To see her lose her shallow edge, letting herself fall for what she herself would’ve considered a social pariah, was refreshing. Therefore, my only hope is that they don’t mess up her evolution with this untimely pregnancy. The finale also had Ivy marrying Raj, which tells us that the next season will have her dealing with widowhood. The issues with dealing with an ailing husband could make for good material in S4, but the writers could turn it around, have Raj recover slowly and then have both of them realize that they made a hasty decision in getting married. 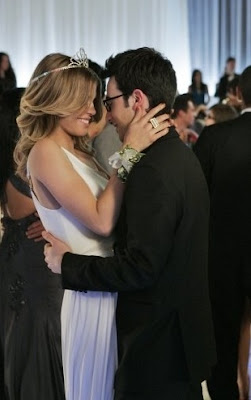 On the other hand, Liam is off to find himself, while Annie promised to wait for him. Although it seemed like they would stick together, going to college and meeting new people will definitely make Annie question her commitment to Liam. Navid and Silver patched things up and left Arianna miserable about becoming a total social misfit. I really thought that her attempting to commit suicide would be one of the cliffhangers, but instead, she resolved to make things right. We’ve already seen her emerging from the total darkness of drug addiction, a teenage pregnancy and more, to become a nice person, so the entire slipping into a dark place, tampering with Silver’s medication and everything seemed repetitive again. Let’s hope they make her to-the-brink-and-back story worth our while. The next season will have everyone going off to college and there will be so many opportunities for newer storylines. It’s like the writers have an opportunity for a fresh start, one that they should make the most of. A few characters will be leaving, including Teddy (played by Trevor Donovan). While I thought his coming out storyline was handled really well, I also thought his character had serious potential from here on, so it’ll be sad to not to have him in S4. Ryan Eggold (Ryan Matthews) and Lori Loughlin (Debbie Wilson) will also not be joining us next season. I don’t much care for the former, because Ryan had turned out to be quite a spineless and uninteresting character, but I do feel bad about Loughlin. I’m definitely going to miss seeing her. 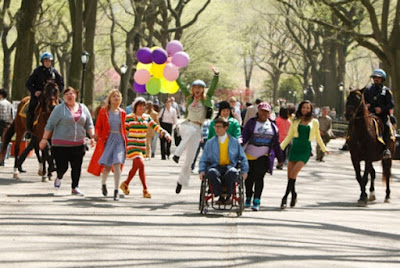 The S2 finale of GLEE was visually stunning and downright entertaining, if nothing else. I absolutely enjoyed the change of scenery, as the New Directions went off to New York City for the show-choir nationals. Moreover, the fact that the Glee Clubbers performed original songs at the competition was really impressive, adding serious value to the show. It was a wrap-up of an interesting season that touched upon so much. Right from Kurt being bullied, and then changing schools, to Sue Sylvester losing her sister, to Emma Pillsbury’s growth, there was plenty to take away from it all. I particularly liked the self-acceptance episode, the one with Sue’s sister’s funeral, and the one in which Kurt returns. As much as I find Kurt Hummel to be the most annoying character on the show, I did think that the whole bullying chapter was handled well. He obviously fit in perfectly with the Warblers, and I secretly hoped he wouldn’t return. Having gotten adjusted to Rachel Berry’s ways, I got used to seeing her this season as well. I also enjoyed the development of the other characters like Sam, Artie, Puck, Quinn, Brittany, Santana and Mercedes. 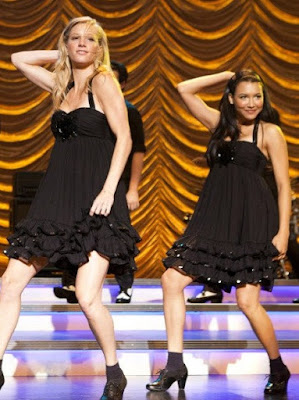 Coming back to the finale… I liked seeing Will Schuester get a glimpse of what he could have on Broadway, and it was heartwarming, albeit unreal, to see him choose his students over his lifelong dream. That the New Directions didn’t win at nationals was no big surprise. They have to save that for just before all of them graduate next season! Speaking of which, there weren’t any major cliffhangers as such, besides the fact that Sam and Mercedes are secretly dating. I don’t see a new relationship as a cliffhanger on this show, given how frequently the kids break up and get back together. However, there are other things that we can look forward to in S3. It has been revealed that Blaine will follow Kurt to McKinley and audition for a position in the New Directions. While that seems like an obvious turn of events, the inclusion of The Glee Project (a competition conducted to offer contestants a chance to win a guest starring role on the show) winner in S3 for at least seven episodes, might make for interesting material. That this new character will have a big role to play in Sue Sylvester’s (reportedly) 20-episode strong story makes this information even more interesting, especially since we don’t have a clue as to what Sue’s role will be, given that she called Will her true friend, after the entire Glee Club came through for her when her sister died. Sue’s strong storyline for S3 also explains the revelation made by the creators of the show, that S3 will focus entirely on the cast, and that there will be much fewer guest stars on the show. That also gives the writers room to let the characters grow towards the end of S3, when a few of them will graduate and leave school. It’s never been indicated that the entire Glee Club is from the same class, so while a few seniors will graduate, there will be others, and juniors who won’t. What they’ll do with that at the end of S3, we can only wait to find out!