Here’s TV TALK, on the end of season 6 of HOW I MET YOUR MOTHER, a season that gave the show a renewed sense of direction, as it showed us evolution in every character 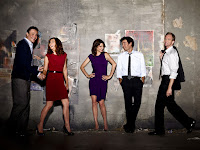 And in true spirit of the show…more on that later! 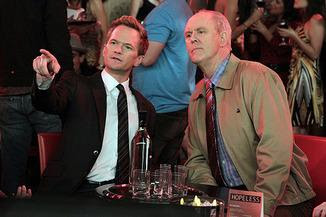 CHANGES FOR THE BETTER
It was the season where one character lost his best friend and another got a chance to meet whom he’d hoped would have been his best friend. With the death of Marshall’s dad, and Barney meeting his father, who had abandoned him when he was a child, S6 of HOW I MET YOUR MOTHER really brought out some strong emotions from these two characters. Even though the show is a comedy, the stories of the people in it became more real this season, with an element of seriousness in their lives. I had written here that Barney Stinson’s character was becoming a little tiresome, and the novelty factor of his iconic ways was wearing off, with the absence of an evolution of the character. The caricaturesque nature of Barney was taking away from his growth, and the growth of the show, but this season, all that has changed. In addition to that, we got to see some of Neil Patrick Harris’ finest work on the show, especially with Barney’s outburst to his dad while trying to rip off a basketball ring from the wall. It brought out emotions from him that had been festering over several seasons of the show, and to see it all come out was definitely refreshing. 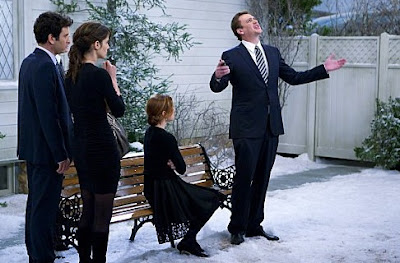 And then there was Marshall. With the death of his father, his relationship with Lily evolved, as unimaginable as that might have seemed earlier. The funeral episode was touching, to say the least, and with this development, we saw Marshall getting a chance to grow into what he’s always wanted—a role in environmental activities. On the other hand, even Ted seemed to be going somewhere. Finally heading towards his career dreams of designing a building that would be a part of Ney York City’s skyline, and being in what seemed like only his third serious relationship on the show, this season gave us a well-balanced story for Ted. His relationship with Zoey, which started off with rivalry turning into friendship and then love, was more exciting than his previous relationships (except for the one with Robin). I really thought Zoey would become a permanent or long-term fixture among the gang, and I even thought that she might be ‘the mother’. However, with them breaking up and Jennifer Morrison (Zoey) getting her own show on ABC (ONCE UPON A TIME), I knew that wouldn’t happen.

The ladies also evolved in their own way. For Lily, a direction towards starting a family brought out certain angles in her storylines that were fun to watch. As for Robin, the evolution took place earlier in the season, when she showed unprecedented emotions over a bad break up.


THE END OF A GOOD SEASON
Besides the growth in the show, the season as a whole was entertaining and reminded me of all the reasons why I loved the show to begin with. The writing was fresh, which made the subplots (a very important factor in a comedy series) interesting and relevant. Impressive guest stars like the very talented John Lithgow (Arthur Mitchell/Trinity, DEXTER) as Barney’s Dad, Jennifer Morrison (Dr Allison Cameron, HOUSE MD), and Kyle MacLachlan (Orson Hodge, DESPERATE HOUSEWIVES) as Zoey’s husband, added great value to the show. One major highlight was the reprise of the opening theme by the gang in episode 21. It reminded me of their Broadway-musical like performance of ‘girls v/s suits’, and of the Robin Sparkles music videos. The cast’s occasional musical stints made me think of how much fun it would be if they were to have a musical episode on the show. I hope they consider that sometime! 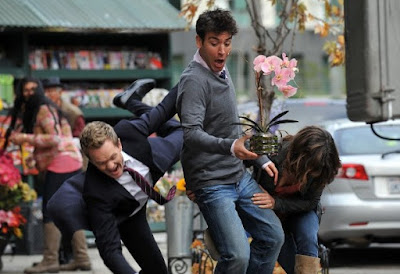 THE FINALE
The end of Ted’s relationship with Zoey was sad, and I really hoped they would get back together. When he decided not to go ahead and see Zoey again, on being convinced by Barney and Robin, his voice-over from the future, telling his kids (referring to a random woman in a coffeehouse), “And that’s how I met your mother!” really freaked me out. I don’t watch the show to know who the mother is, but obviously to find out would be a big deal, and for the writers to mess with our heads for even the second that they did was just cruel, I thought! On the other hand, I was happy for Lily and Marshall, as they found out they were going to be parents, taking forward their plans to start a family. 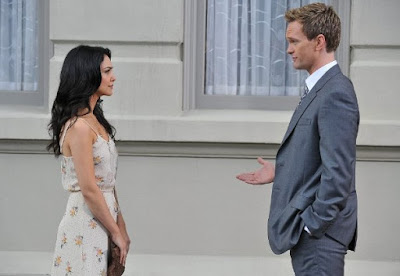 THE WEDDING
And now for the more intriguing matters of the finale, one of them being Robin and Barney strangely reminiscing over their past feelings for each other, feelings that have evidently not completely vanished, by the look on Robin’s face when Barney goes up to speak to Nora. Executive producer of the show, Craig Thomas has stated that S7 will have “four huge episodes for Barney that will involve Robin, and there will be some very explosive relationship stuff happening.” I see that as something that will bring to conclusion the Robin and Barney storyline, one that was even more pointless than Rachel and Joey on FRIENDS. I say ‘conclusion’ because I somehow doubt that Barney and Robin will end up together. I actually see a potential future for Barney with Nora, considering that she’s the only girl whom he’s had true feelings for, feelings that have made him do things that one could never imagine him doing. My guess is that the writers haven’t decided on whom Barney is marrying ‘a little ways down the road’. What started the season as a teaser ended it as an even bigger teaser! Well, Thomas says, “The premiere of S7 will pick right back up at that future wedding. We’ll get to see more of Ted and Barney’s conversation. You will learn more. That wedding will inform quite a bit. In fact, it is a wedding-themed episode.” He also states that the bride may not be Nora or Robin, as S7 will throw some more candidate out there. Among other hints dropped, Ted will become very popular with the ladies, Robin’s love life will be significantly focused on, and there will be new dimensions to the Lily-Marshall story, with her pregnancy. There’s a lot to look forward to, and I know that every single fan of the show cannot wait for S7.

What were your thoughts on the season gone by, and the finale that threw so many questions out there? Comment here…