After watching the first nine episodes of MR SUNSHINE, I deconstruct the show here on TV TALK 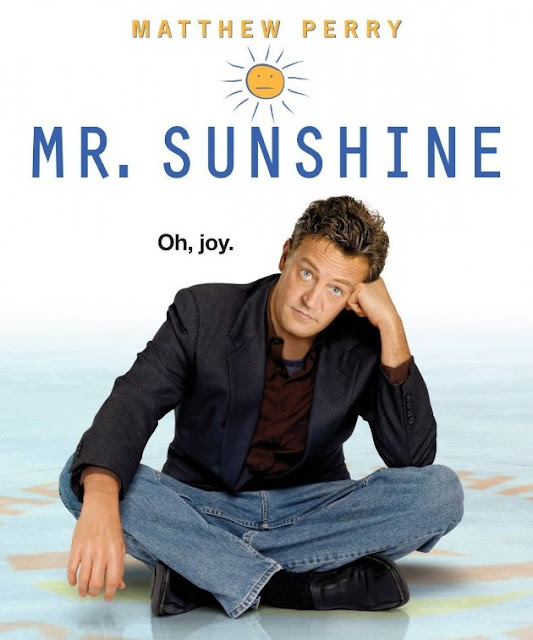 The opening title of MR SUNSHINE says a lot about the show. As a fan of sarcasm and (at the risk of sounding like I’m comparing the show to FRIENDS, which I’m not) of the ‘Chandler’ brand of humor, I love the irony in the title—the smiley that turns into (let’s call it) a ‘blah’ expression. From the first few episodes of this new series, one can say that that represents the protagonist in perfection. I like the idea of the protagonist being an antithesis of the show’s title. Ben Donovan (Matthew Perry, FRIENDS) is liked by few, and has the reputation of being self-involved and insensitive, which he doesn’t really care about. And that is MR SUNSHINE for you! 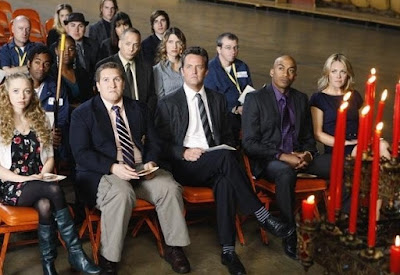 ALL IN A DAY’S WORK
What describes humor in the workplace better than this line, borrowed from the regular anecdote feature in Reader’s Digest! Now, through the years, we’ve seen several professions on the tube. The most common professions have been crime-solving, medicine and law, but we’ve also seen the restaurant business, fashion, publishing, media, and so on. With MR SUNSHINE, the workplace setting is on another level. I don’t think we’ve ever seen the managing of a sports/entertainment center ever before, and that’s something that I have to applaud the creators for. Last year, when I heard of the show, I was skeptical about how a setting like that would work for the writers, but I have to say, so far so good. From tennis, to the circus, to bicycling, to lingerie football, the Sunshine Center has had a lot to show us and with each activity taking place, there’s something that comes out of it. I’d still like to wait and see how long they can keep it interesting, but I think, with interesting characters and their stories, there’s more than one avenue for humor and more than one set of opportunities for good writing. 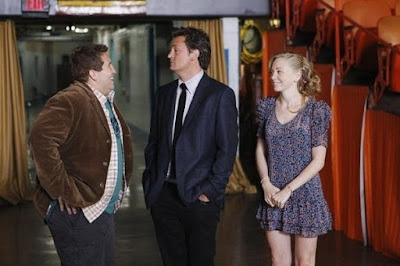 SUNSHINE PEOPLE
I have observed that every comedy show needs to have at least one caricature of a character to give it a little bit of that eccentric humor that works well with most audiences of television comedies. Joey from FRIENDS and Barney from HOW I MET YOUR MOTHER, Jack and Karen from WILL & GRACE are just a few from a much longer list. Most of the time, the caricatures go a little overboard, making them a little too unreal for me, but I think with characters like Crystal, Roman and Heather in MR SUNSHINE, the writers have struck the right amount of quirkiness. Crystal Cohen’s callousness and mild apathy make for some really hilarious moments on the show, and the endearing dumbness of her son Roman has made me slap my thighs in peals of laughter. Heather’s weird demeanor and approach to matters in the workplace can also be rather entertaining. On the other hand, the more ‘sane’ bunch—Ben, Alice and Alonzo have some appealing moments too, especially with the love-triangle situation that is currently on between them. And speaking of relationships on the show, I love watching Crystal and Roman and their unconventional mother-son bond, and Ben and Crystal also have a rather funny employee-boss chemistry. 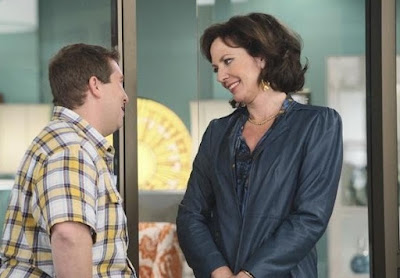 STARS ON SUNSHINE
I’ve been quite impressed with the writing on MR SUNSHINE so far. The quirk factor is very much alive, but the subtle approach and breezy delivery by the cast makes it real enough for me. While on the cast, I knew that Perry wouldn’t disappoint, knowing the things he’s capable of. Equally good in their roles are Allison Janney and Nate Torrence, who make quite the impact as Crystal and Roman, respectively. It’s interesting that Andrea Anders, who played a major role in the FRIENDS spinoff, JOEY, appears as Alice in MR SUNSHINE, also a show featuring a FRIENDS alumnus. 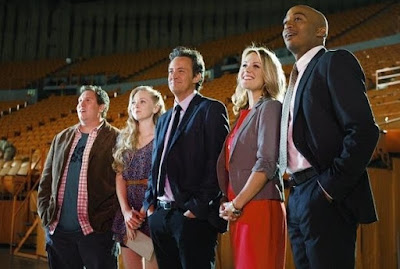 A SUNSHINY FUTURE?
From as much as I have watched, I think this show could go on for a while, and even continue to be interesting, if the writing remains consistent. However, based on the character development, I think the creators are less than confident about the future of the show. Too much seems to be happening too soon. Crystal and Roman’s relationship as mother and son is already evolving, as Alonzo is already showing signs of losing his calm composure that he is known for, while Ben is already becoming a little sensitive. Now all of the above developments could have been phased in much later, leaving more scope for exploring the good storyline potential with the characters and relationships as they were in the first few episodes. Nevertheless, I’d like to watch some more of this show. I see that ABC hasn’t renewed it for a second season yet, but something tells me that we will be seeing more of it.

What do you think of the show; what do you like and what don’t you like? TV TALK values your opinion and inputs. Please comment below.
on Monday, May 09, 2011