As we’re down to our top-seven on AMERICAN IDOL, here is what TV TALK thinks of the recent developments this season and what might possibly be in store for us as we get closer to the finale

Last week’s result show on AMERICAN IDOL was probably one of the most disappointing nights on the show yet. We lost a gem of a singer, Pia Toscano was voted out, and it was more than just another example of how America gets it wrong on so many occasions. This season, there had been no clear favorites for me, but Pia was certainly emerging as the one person I could surely and definitely see as the next American Idol, and that would have worked really well for the show, to have a female Idol after four seasons of guys winning. 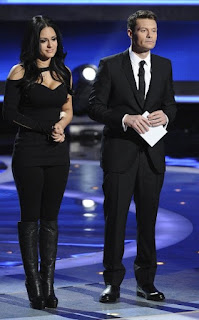 However, America ruined that perfect opportunity. And the judges could do nothing about the tragic result, because they had already wasted the ‘save of the season’ on Casey Abrams; yes, wasted! Now I wouldn’t say that Casey is not talented, he is, but I most certainly do not think he’s ‘crazy talented’ as I’ve read about. He’s completely different from any other contestant I’ve seen on the show and definitely one of the most memorable performers till date, but memorable for the wrong reasons. Different does not mean good, even unique does not mean good, and different and unique are no reasons to use up the save for someone like Casey. Casey growls and clears his throat while singing and I really don’t see how any of that is actually appealing to those who like it. Let’s just hope he doesn’t start coughing as part of his performances, under the pretext of taking his act to another level! And while I may go on about this, it’s not going to change the fact that Pia is gone! 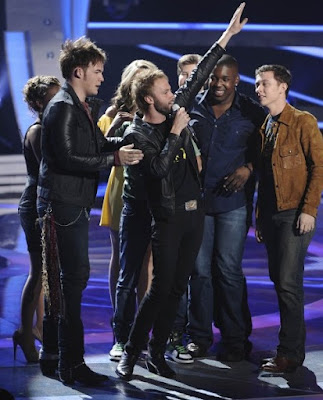 THE WEEK GONE BY
So moving on... This week had quite a power-packed performance night, with almost all the contestants giving us some of their best work yet. Haley Reinhart was probably the only contestant who didn’t get as much positive feedback from the judges as the others got. Stefano Langone, the underrated performer was praised by Randy, who said that it was his best performance yet! And while Jacob Lusk’s impressive vocals and range gave ‘Bridge over troubled water’ another dimension, Jennifer was all impressed by James Durbin’s performance, saying that there could very well be a ‘heavy metal Idol’.

PAUL GOES, AND THEN THERE WERE SEVEN
While I’m surprised by how Casey’s still around, it was refreshing to see a guy go this week. That does not go to say that I did not like Paul McDonald, but he was not going to last too long anyway. I can’t say who will make our top-three, but we can more or less tell who won’t make it to that level. For now, we’ve got our top-seven; while Paul’s lazy charm has left the Idol stage and will be missed. From the remaining, here are my predictions:

Casey Abrams: He’s not going to be a finalist. If America voted him out once, it’s only a matter of time before he leaves us for good.


Lauren Alaina: She’s one contestant who I’ve liked since her audition. She’s had a few rough patches, but has gone from strength to strength. I wouldn’t be surprised if this quiet contender makes it to the top-three and even the finale.


James Durbin: He’s really good at what he does, even though he’s too much of an Adam Lambert wannabe, but will America choose a ‘heavy metal Idol’? I doubt it. AMERICAN IDOL has much more of a pop appeal, I think. But you never know!
Stefano Langone: He’s an underdog for sure, but he can do a lot with his singing when he wants to. If he stays consistent, he could make the top-five, but I don’t see him in the top-three.
Jacob Lusk: He’s very talented, and can do a lot with his voice, but I think he’s too unconventional to make it to the finale.

Scotty McCreery: TV.com says that he could safely be declared as our next American Idol, with Pia gone. He does show a lot of promise and has very defined and strong niche, so I could definitely see him as a finalist.
Haley Reinhart: I think her voice is meant for different things, and even though she’s somewhat talented, I don’t see her in the finale.


So that’s what I think! Who are your favorites this season and whom do you think will make it to the finale? Who is your AMERICAN IDOL? Share your views here!