After the previous season of PRIVATE PRACTICE, which brought the show into its own, the show’s fourth season has had some seriously good storylines and has been dealing with a serious issue as well. And while GREY’S ANATOMY’s seventh season does not disappoint in the least, OFF THE MAP has had a terrific first season, with really memorable episodes even. Here, TV TALK discusses some the developments so far in the Shondaland shows…

PART I – THE PRACTICES UNITE 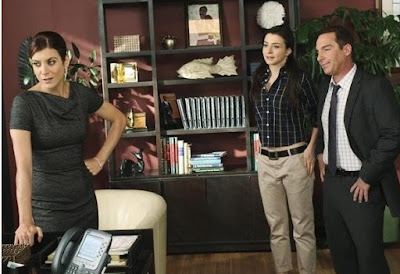 It seemed like an inevitable turn when Oceanside Wellness and Pacific Wellcare merged in S4 of PRIVATE PRACTICE. With Naomi and Pete moving to Pacific, and Charlotte moving to Oceanside last season, they all seemed to be sharing patients and working on common cases anyway. I suppose the storyline of competing clinics had run its course. That, however, has been a rather small part of the season so far. As was mentioned in PREMIERE SEASON 2010, Part I, this season of the show didn’t get off to a great start, but with the developments over the episodes that followed, I’d have to say that the premiere was no indication whatsoever of how S4 would be. 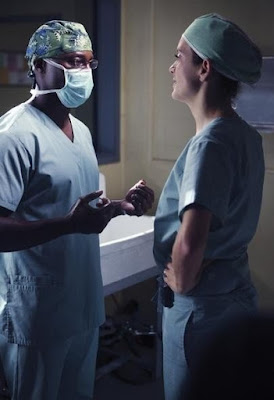 To begin with, with the additions in the cast (Brian Benben and Caterina Scorsone), we now have another shrink and a neurosurgeon in the team. Given how they work on their cases, a lot of the times, even the non-shrinks have to play shrink with their patients, so I guess it made sense to have an extra hand in the psych department for consults to make it seem a little more real. On the other hand, with Amelia Shepherd’s presence, they have more opportunities for surgeries, and that always makes for more drama. While on surgeries, I was rather impressed with the angle of Sam being morally conflicted about performing surgeries, since, earlier in his career, he had not considered it right to save patients who had committed crimes or had done wrong. That came to the fore in a gripping manner, when he was confronted with having to save the life of a rapist, which was handled really well, with everyone’s points of view, and beliefs making an impression on us. That was one of the best episodes on the show yet. The rapist in question was, of course, none other than the man who had raped Charlotte King. 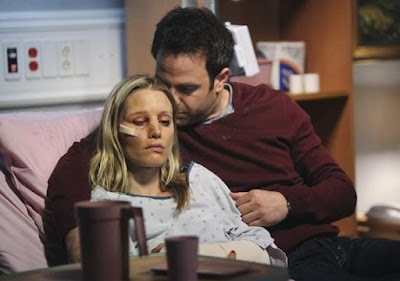 Charlotte, who has emerged as my favorite character on the show, has been given a lot of prominence this season. I’ve liked her because of how dignified she is, and because of her no-nonsense attitude, her independence and strength. The attack on her brought out a sense of vulnerability in her that she tried to fight in every way possible, but eventually gave in to, striving to achieve some closure, finally accepting that that was the only way to move on. I found that the development of the events that followed the attack seemed brilliantly real, especially with how her they show her vulnerability without changing what Charlotte King has been about. The entire chapter was thought-provokingly amazing, to say the least, and KaDee Strickland’s portrayal of Charlotte has been absolutely riveting. 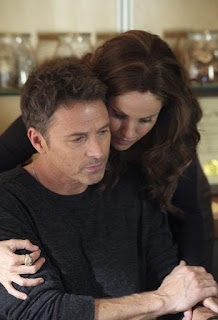 Moving on, this season has explored the three couples that have emerged from the team. While Cooper and Charlotte have had their share of difficulties, Violet and Pete have had a fairly successful marriage so far, despite revelations from Pete’s past. Both couples do seem to be quite solid, which makes me wonder, where they’ll go from here. Especially with Sam and Addison’s relationship turning serious, I have to wonder how they’ll explore more romantic angles between these six characters. If they to cause a rifts in any of their relationships for that purpose, it would require some really good writing, especially in the case of the former two couples.

With that said, I think that Addison’s character development has been quite disappointing this season. The Addison we knew in Seattle was so different from what she is now. Besides the relationship insecurities she has always had and still does, there’s very little that reminds me of her in Seattle. She started out fine in LA, but since the previous season, she seems to have become more of a whiny, dependent person, which I do not like. Even though I liked Kate Walsh’s performance when Addison loses her mother, I’d like to see Addison as being stronger and more independent as she used to be. On the other hand, I’ve enjoyed watching Amelia Shepherd growing on the show. I love her straightforward attitude, which makes her say things that no one dares to; I like her levelheadedness that doesn’t allow her emotions to cloud her judgments while dealing with patients; and I like how she’s been a real friend to people like Addison and Charlotte. Despite the skeletons in her closet, she maintains a strong persona, which is truly admirable.