The BAFTAs took place last night, and while the results were not surprising, it was definitely an awards show you would not have wanted to miss. Here’s why… 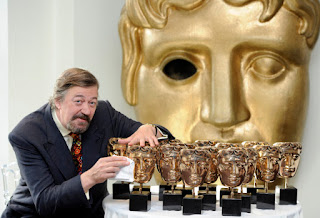 People don’t usually refer to the results of the BAFTAs while making Oscar predictions, or count them while gauging the probability of award season favorites actually winning the big prize. However, regardless of that, it is still respected and it is a big deal for someone to win a BAFTA. And apart from that, it’s usually an entertaining event, with humor slightly different from what we see in Hollywood award shows. This year, particularly, it was an event worth watching, simply because of the sheer brilliance of host Stephen Fry. His jokes were witty and downright hilarious, and his delivery was effortless, and seemed spontaneous, even though he was reading off a teleprompter. While the humor was infused with subtleties of British humor, he didn’t hold back when it came to making fun of celebrities, while still being tasteful about it. Some of his funniest moments were when he was introducing presenters, especially those like George Clooney, Samuel L Jackson and Sarah Jessica Parker.

Among the results, the only big surprise, for me, was Skyfall winning Best British Film over Les Misérables. I’d imagine that if a film is nominated for Best Film (overall), it would mean that the Academy considered it to be better than all the films that didn’t make it among the five Best Film nominees. And by that logic, Les Misérables was considered to be better than Skyfall, seeing as it was nominated for Best Film. But I guess when they say Best British Film, it’s not just production, it’s also gauging which film was the most ‘British’ of them all, and in that regard, I would have to agree with their choice. Another surprise was Emanuelle Riva winning the BAFTA for Leading Actress for Amour. I haven’t seen the film, so I can’t comment on how deserving a win it was, but it was surprising simply because she hasn’t been considered a frontrunner in the category, and the results of the other awards, so far, this season would indicate the same. However, if at all the BAFTAs can be considered while predicting the Oscars, I would take a long hard look at all the contenders in this category at the Oscars. The Academy (AMPAS) might just spring a surprise on us and not give it to Jessica Chastain (Zero Dark Thirty) or Jennifer Lawrence (Silver Linings Playbook), this award season’s favorites. 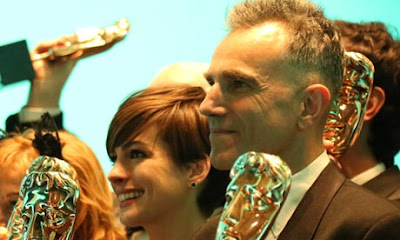 The most predictable, and well-deserved, results were for Supporting Actress and Leading Actor. If anyone other than Anne Hathaway (Les Misérables) or Daniel Day-Lewis (Lincoln) win these categories at the Oscars, it will be a big surprise. Christoph Waltz, who is my favorite in the race for Supporting Actor this season, got the acknowledgement he deserved for Django Unchained. And I have to say that I find it very endearing how grateful he is to Quentin Tarantino, and how he expresses his gratitude while crediting Tarantino with his success while accepting awards. Speaking of whom, it was no surprise when Tarantino won the BAFTA for Original Screenplay. I would be surprised if he doesn’t win the Oscar as well. Silver Linings Playbook winning Adapted Screenplay was a surprise, but I still think David O Russell deserved it. 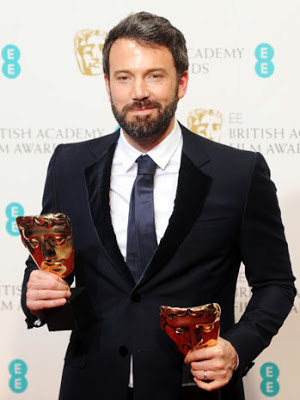 And speaking of big surprises, there was no surprise over Argo winning Best Director and Film. Frankly speaking, Argo winning Best Picture Drama at the Golden Globes was a surprise (given the then recently-announced Academy Award nominations, which didn’t include Ben Affleck among the nominees for direction). And then its win for ensemble performance at the Screen Actors Guild Awards was a surprise, for me, because I thought Les Misérables and Lincoln both deserved it more. However, now I’m just becoming increasingly surprised at how the Academy (AMPAS) did not nominate Ben Affleck, considering that the above awards, and others like the Directors Guild, Producers Guild, etc, and now even the BAFTAs, have all given the direction (and best picture or equivalent) awards to his film. But let’s revisit Argo’s chances at the Oscars a little closer to Oscar Sunday, February 24.

And coming back to the BAFTAs, it was a night of impressive presentations, especially those by Sally Field, John C Reilley and Sarah Silverman, and George Clooney. Among the acceptance speeches, I think my favorite was Ben Affleck’s, while accepting the BAFTA for Best Director, speaking of his second act in the film industry and dedicating his award to all those who are trying to get their second act. So that’s it for the BAFTAs then.

While the award season is getting more exciting and as we look forward to the big finale, the Academy Awards, less than two weeks from now, watch this space for Oscar predictions. And do share your views on one of the most exciting award season in recent years… 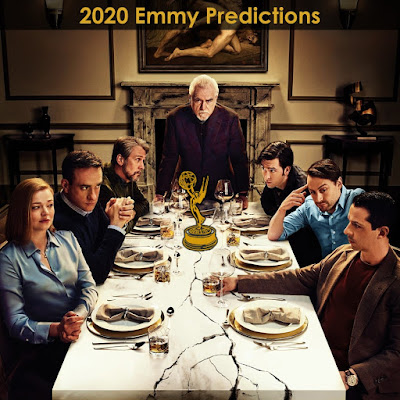